A senior U.S. diplomat said Tuesday that Washington would "welcome" an increase in Japan's defense budget, as signaled by Prime Minister Fumio Kishida amid China's growing assertiveness in the Indo-Pacific region.

"This is a decision for our sovereign Japanese allies to decide, but I'll be very clear we would welcome increased Japanese defense spending," Daniel Kritenbrink, the U.S. assistant secretary of state for East Asian and Pacific affairs, said in an interview with Kyodo News. 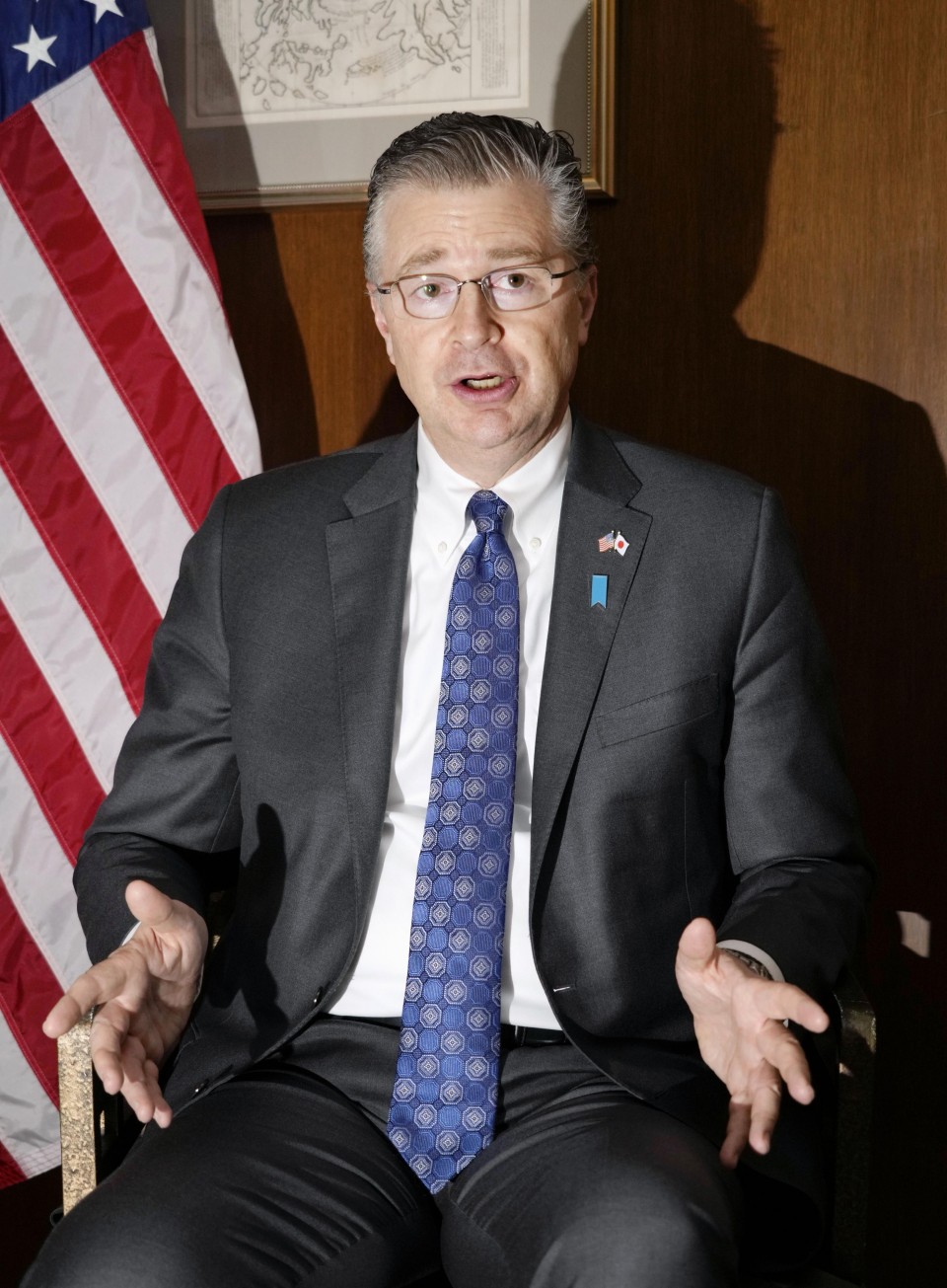 "And we would welcome the opportunity to continue to coordinate with our Japanese allies on how we together can contribute to peace and stability across the region," Kritenbrink added.

The remarks came after the ruling Liberal Democratic Party led by Kishida retained a comfortable majority with its ally Komeito in the House of Representatives election late last month, with the LDP pledging to consider a doubling of defense spending to around 2 percent of Japan's gross domestic product.

While not a formal rule, Japan has long kept defense spending below 1 percent of GDP due to its pacifist Constitution.

Kishida has vowed to beef up the Japan-U.S. alliance and deal with security challenges linked to China as well as North Korea, which recently carried out a series of missile tests.

Kritenbrink echoed Kishida's view on strengthening the bilateral alliance to address concerns about "a range of Chinese actions that we think are designed to undermine the rules-based international order."

As for the issue of Taiwan, the longstanding one-China policy of the United States remains unchanged and Washington intends to "carry our rock solid commitment" under the Taiwan Relations Act to enable and assist the self-ruled democratic island in "maintaining incredible self-defense," he said.

Meanwhile, Kritenbrink said Washington and Beijing could cooperate in areas such as climate change, pandemic disease, counternarcotics and nuclear nonproliferation.

Kritenbrink is on his first trip to Japan since becoming the top U.S. diplomat for East Asia in late September. He plans to stay in Japan through Wednesday before making a three-day trip to Seoul, according to the U.S. government.

A former U.S. ambassador to Vietnam, Kritenbrink has served as senior adviser for North Korea policy at the State Department, senior director for Asian affairs at the National Security Council, as well as in roles at the U.S. embassies in Tokyo and Beijing.