The 27-year-old is the only Japanese-born player besides Ichiro Suzuki to win a Silver Slugger. Former Seattle Mariners outfielder Suzuki is a three-time recipient of the award, having won in 2001, 2007 and 2009. 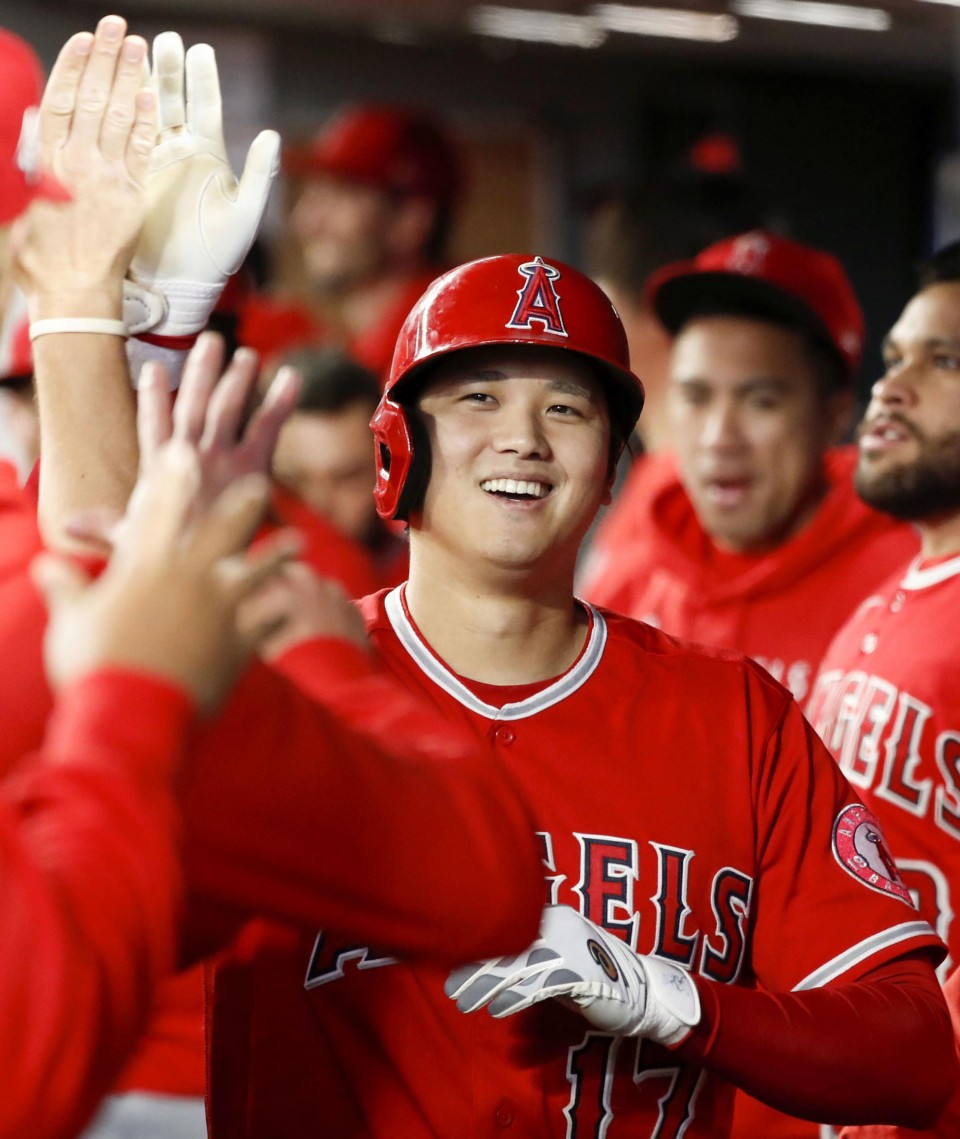 File photo shows Shohei Ohtani being congratulated by Los Angeles Angels teammates after hitting his 46th home run of the season on Oct. 3, 2021, against the Seattle Mariners at T-Mobile Park in Seattle, Washington. (Kyodo)

The Silver Slugger, voted on by MLB managers and coaches, rewards the best offensive player at each position in each league. Japan's professional baseball equivalent is the Best Nine Award and Ohtani won at designated hitter in 2006.

Ohtani, considered the favorite for the American League MVP which will be announced next week, is the first Angels player to win a Silver Slugger at designated hitter, and the team's first non-outfielder to win since third baseman Troy Glaus in 2001.

Vladimir Guerrero Jr. of the Toronto Blue Jays, Juan Soto of the Washington Nationals and Fernando Tatis Jr. of the San Diego Padres are among the other notable winners of the Silver Slugger.

He has already won the Players' Choice Award as MLB Player of the Year and AL Outstanding Player, voted by major league players. Baseball Digest, Baseball America and Sporting News each elected Ohtani as their Player of the Year. He also won the Commissioner's Historic Achievement Award.