Shohei Ohtani's extraordinary season as both a dominant pitcher and elite offensive performer was recognized Thursday with two Players Choice Awards, including the top prize, as voted by the Major League Baseball Players Association.

The players' union selected the Los Angeles Angels two-way superstar as Player of the Year, given to the player who "exhibits the best on-field performance" in either league, as well as the American League's Outstanding Player. 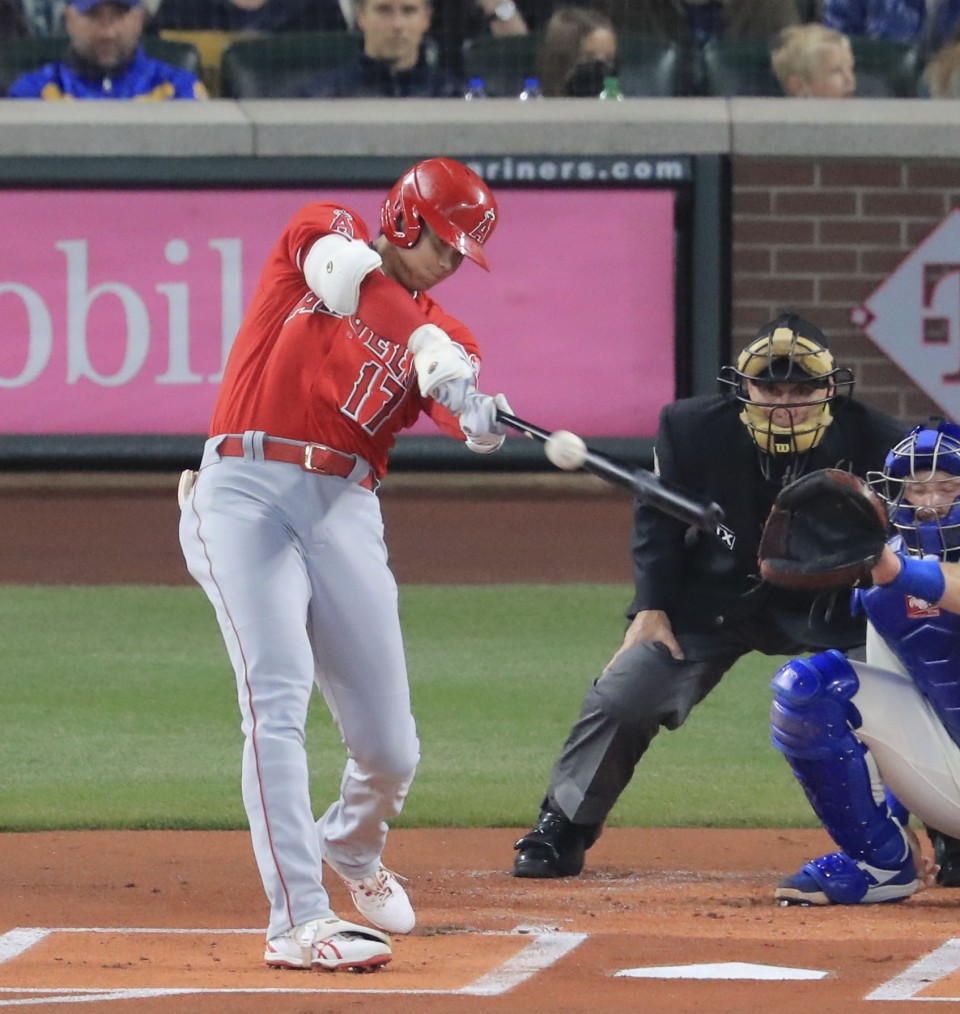 File photo shows Shohei Ohtani of the Los Angeles Angels hitting his 46th home run of the season leading off the first inning against the Seattle Mariners at T-Mobile Park in Seattle, Washington, on Oct. 3, 2021, the final day of the regular season. (Kyodo)

He is also the favorite to be named AL MVP early next month in the awards voted on by the Baseball Writers' Association of America.

"I'm so happy. Of course the other awards are nice, but being chosen (as Player of the Year) by my fellow players, who are actually out there battling on the field, makes this special," Ohtani said.

"I will be very happy if I can have another season competing at such a high level from next year."

He put on quite the SHO!

MLB Players have chosen Shohei Ohtani as the 2021 AL Outstanding Player AND Player of the Year! Congratulations, Shohei! 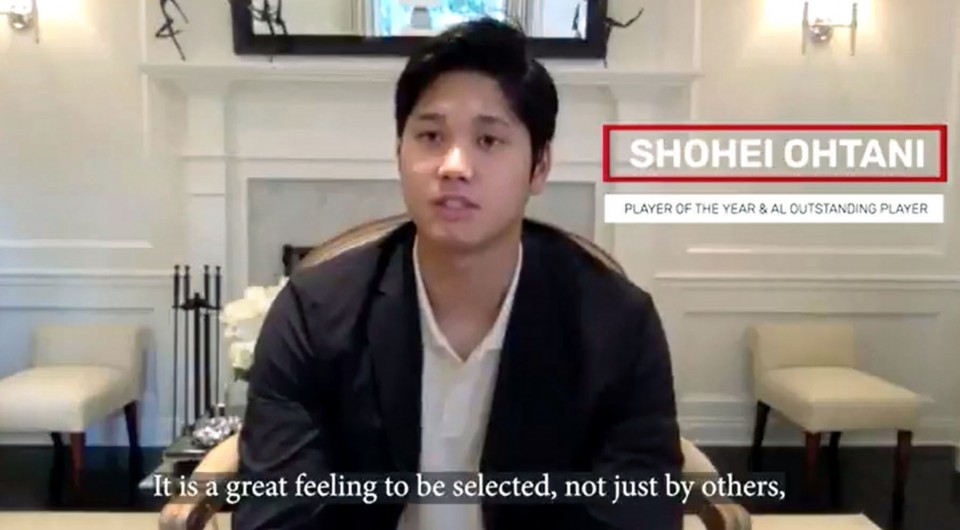 Shohei Ohtani speaks after being named Player of the Year and the American League's Outstanding Player, as voted by the Major League Baseball Players Association. (Photo from association's Twitter)(Kyodo)

For the first time in four seasons in the United States, Ohtani was able to make regular starts on the mound throughout the season while still serving as the Angels' regular designated hitter on days when he did not pitch.

The other Player of the Year nominees were Toronto first baseman Vladimir Guerrero Jr., who tied for the AL home run lead with 48, and Harper, the only major leaguer with 40-plus doubles, 35-plus homers and 100-plus walks.

The three finalists for AL MVP are due to be named on Nov. 8, with the winner to be announced on Nov. 18. Ichiro Suzuki is the only Japanese player to win the award, in 2001, when he was named the AL's MVP and Rookie of the Year.