Japanese world No. 1 Kento Momota claimed his first Badminton World Federation World Tour title since being involved in a life-threatening car crash in 2020 with victory at the Indonesia Masters on Sunday.

The 27-year-old top seed beat third-seed Anders Antonsen of Denmark in straight sets 21-17, 21-11 in the men's singles final at the Bali International Convention Center, scoring nine straight points in the second set to seal the match in 49 minutes. 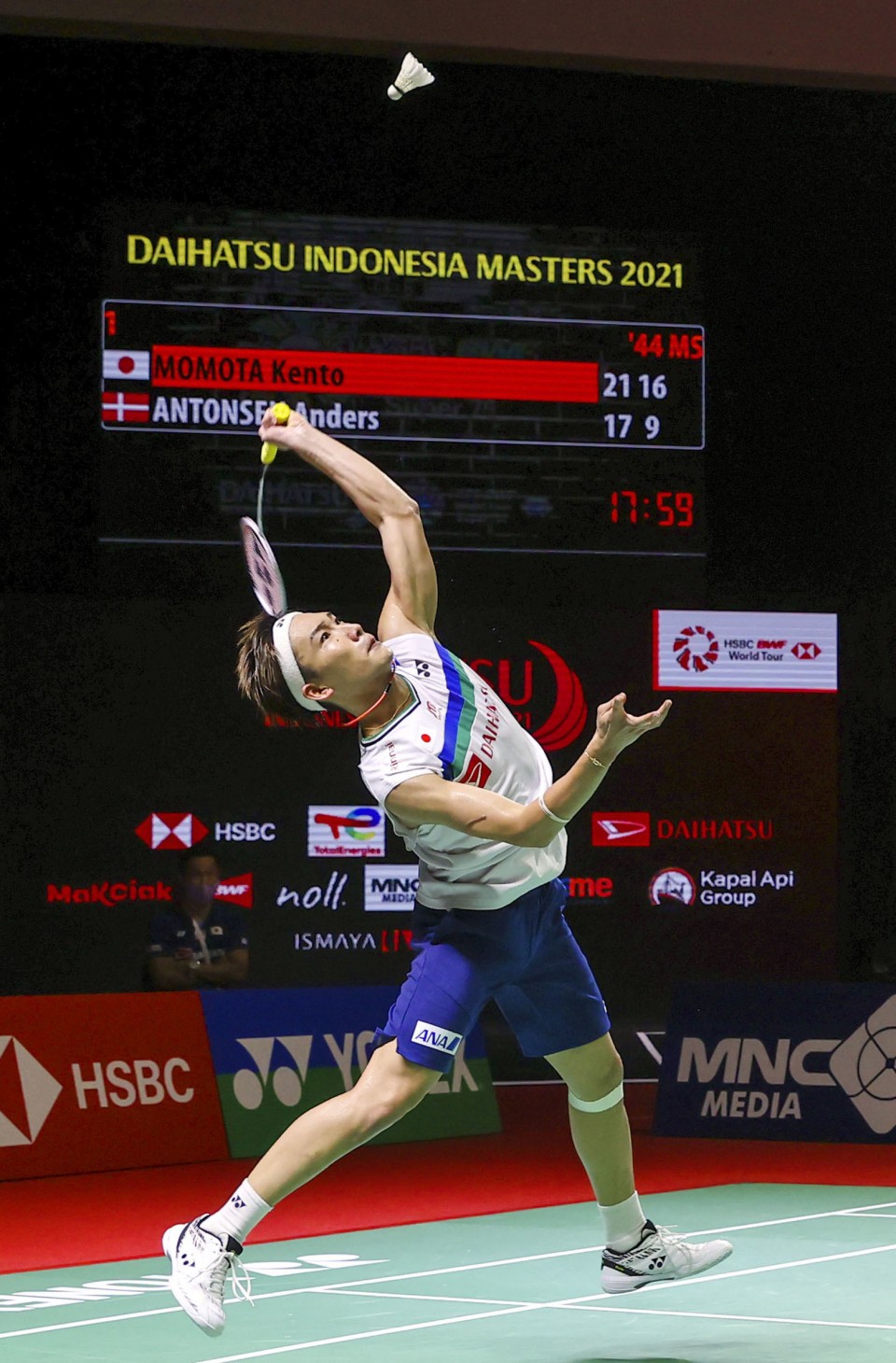 It was a notable victory for Momota, who sustained multiple laceration wounds to his face, a fractured nose and a broken eye socket in a car accident in January 2020 following the Malaysia Masters.

"This is the result of my putting my No. 1 status aside and playing every shot with strong determination," he said.

Momota enjoyed a stellar 2019, winning a record 11 titles, a turnaround for a player who had been banned for illegal gambling in 2016. But he feared his career might be over after the accident, which killed the driver of the van that he was in.

He said after his disappointing group-stage exit at the Tokyo Olympics this summer, where he was a gold medal favorite, that he was ready to put his pride to one side and start from scratch.

The win at the Indonesia Masters was his first in almost two years.