The Pentagon on Monday highlighted the need to work with allies and partners to beef up deterrence against potential Chinese aggression and North Korean threats following a months-long review of the U.S. global military posture.

A senior Defense Department official said the "priority region" in the Global Posture Review was the Indo-Pacific amid China's growing assertiveness there. 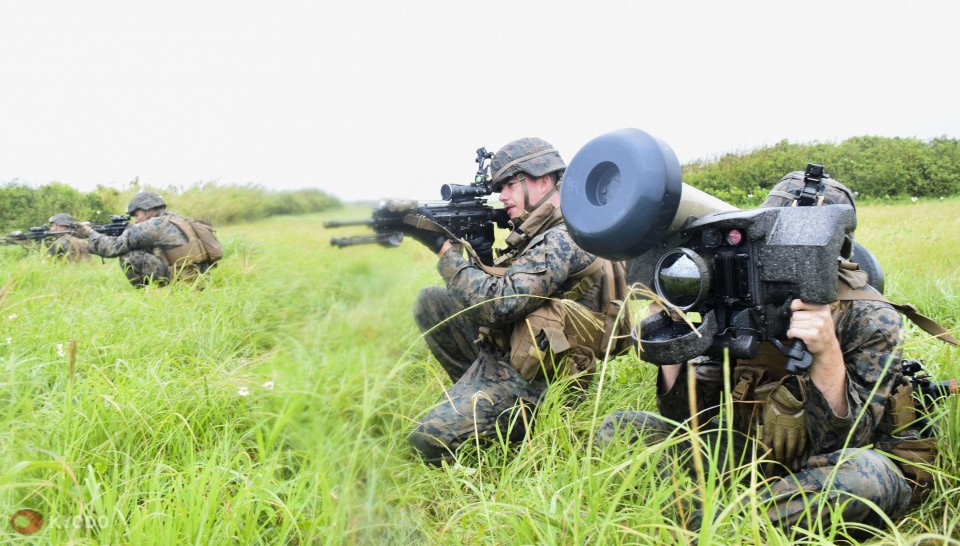 But she said there was nothing to announce in the review in connection with Taiwan. The self-ruled island is facing growing military pressure from China, which views it as a renegade province to be reunified with the mainland, by force if necessary.

The review "directs additional cooperation with allies and partners across the region, to advance initiatives that contribute to regional stability and deter potential military aggression from China and threats from North Korea," the Pentagon said in a press release.

Reuters reported that the first Global Posture Review under the administration of President Joe Biden did not lead to any major changes in the distribution of U.S. troops around the world. 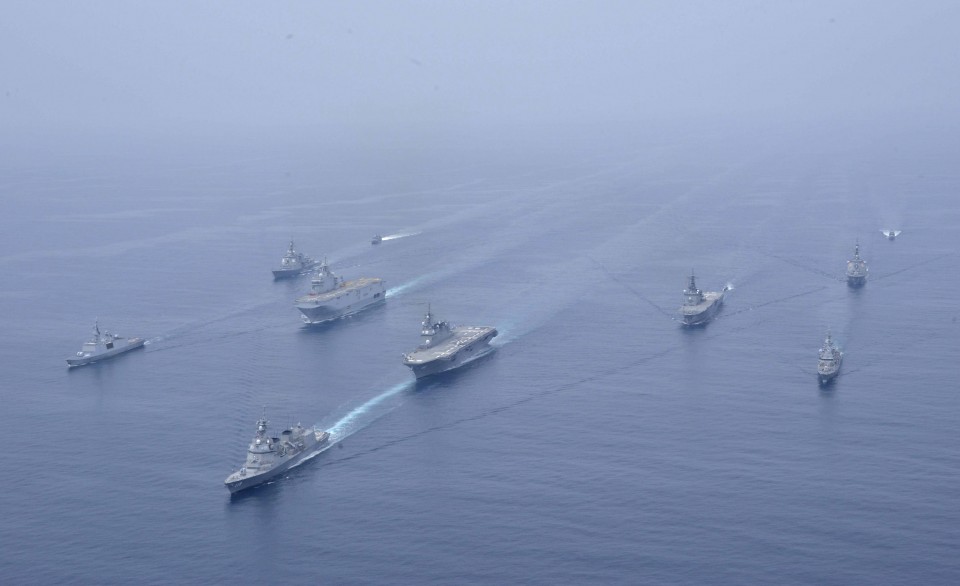 Naval vessels sail in formation during a joint exercise by Japan, the United States, France and Australia on May 14, 2021. (Photo courtesy of Maritime Self-Defense Force)(Kyodo)

While most of the details remained unclear, the senior official told a press conference that Australia will see new rotational fighter and bomber aircraft deployments, ground forces training and increased logistics cooperation.

She also said "a range of infrastructure improvements" are expected in Guam and Australia in the coming years, including logistics facilities, fuel and munition storages and airfield upgrades.

The Global Posture Review also touched on the permanent stationing of a previously rotational attack helicopter squadron and artillery division headquarters in South Korea, which was announced earlier this year, according to the Pentagon.

The United States has more than 170,000 active duty military personnel stationed overseas, including in countries such as Japan and South Korea, according to Defense Department data.

Concerns have been growing recently over the situation regarding Taiwan. It is seen as a potential military flashpoint that could draw the United States into conflict with China, which would also pose serious challenges to Japan, a close U.S. ally that hosts some 50,000 American troops.