The Japanese government was aware that a portion of the seabed at the planned relocation site for a U.S. military base in Okinawa, southern Japan, was weak in 2015, three years before controversial landfill work got under way there, official documents showed Saturday.

A geological survey conducted by a contractor found the possibility of the ground sinking over the long term due to a weak seabed area. However, the government did not officially acknowledge the existence of the soft earth, which required reinforcement work, until 2019. 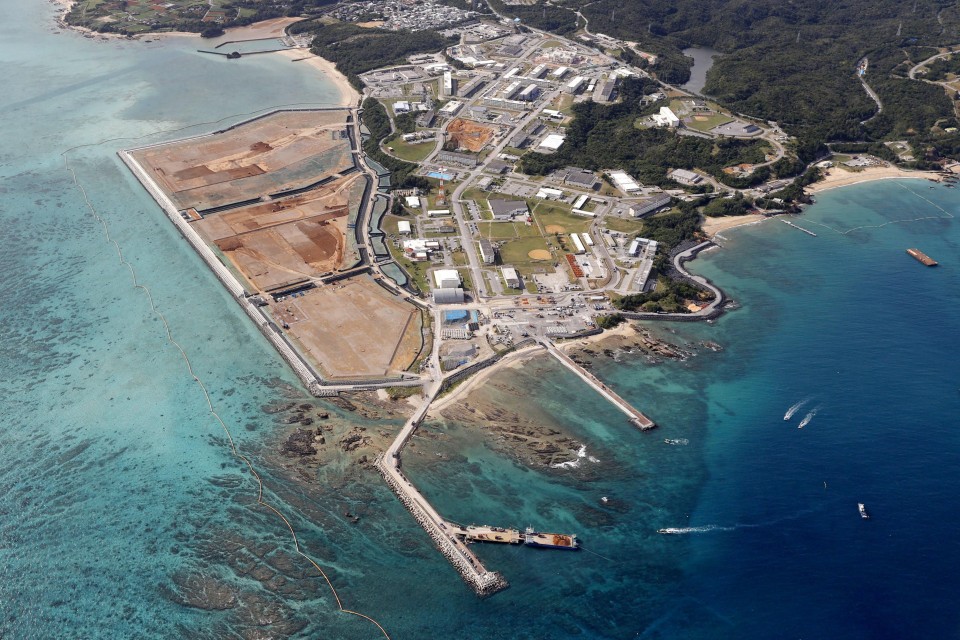 Photo taken on Nov. 20, 2021, shows the coastal area of Henoko in Nago, Okinawa Prefecture, the planned location for the transfer of the U.S. Marine Corps Air Station Futenma. Seen on the right side is Oura Bay, where a weak seabed area has been found. (Kyodo)

The transfer of the U.S. Marine Corps Air Station Futenma, located in a densely populated area of Ginowan in Okinawa, is spelled out in a bilateral agreement between Japan and the United States. But transferring the base to the coastal area of Henoko has met with strong opposition from residents in the prefecture, which hosts the bulk of U.S. military installations in the country.

Okinawa Gov. Denny Tamaki on Thursday did not approve the central government's plan to make the necessary changes to the landfill work to address the weak ground issue, saying that it was unacceptable to proceed with the construction of a new base that has no prospects of being completed. 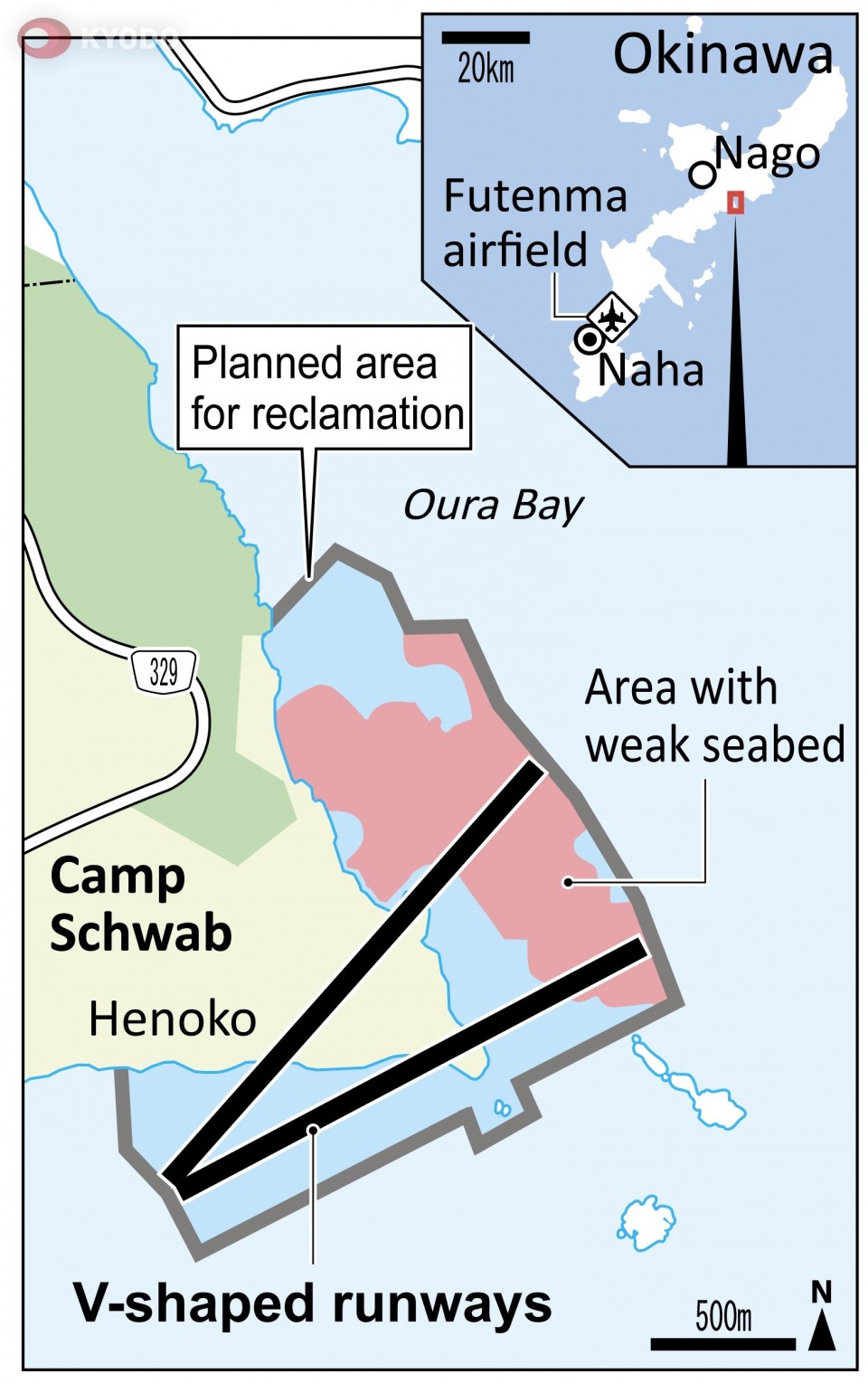 The revelation comes at a time when the government is expected to take countermeasures in a legal battle against the prefecture, which has refused to allow necessary changes to the plan.

According to documents by the local bureau of the Defense Ministry in Okinawa disclosed to Kyodo News, a contractor surveying the seabed of the relocation site notified the bureau that thick layers of cohesive soil were found at the site in April 2015.

The contractor discovered the soft seabed at a depth of some 70 meters below sea level, and the Defense Ministry's internal report in March 2016 included such data. Up to now, however, it was not clear how and when the issue was brought to the attention of the ministry's local bureau.

Asked why the findings were not made public in 2015, the bureau said, "We do not normally disclose boring and other survey results every time they are conducted."

At the time, tensions were high between the central government and the Okinawa government.

Then Prime Minister Shinzo Abe pushed for relocation, saying it was the only solution for eliminating the dangers the base could pose to the populous area. Then Okinawa Gov. Takeshi Onaga opposed the plan after securing an overwhelming victory in a gubernatorial election a year earlier on his anti-relocation platform.

A Japanese government source told Kyodo News that the local defense bureau in Okinawa had been taking the weak seabed issue seriously from an "early stage."

Under the initial plan, the base construction work was to be completed in five years, but it is now expected to take around nine years.

The administration of Prime Minister Fumio Kishida also maintains that the relocation of the Futenma base to the coastal area is the "only solution" as it stresses the importance of the Japan-U.S. security alliance and the safety of residents.