Prime Minister Fumio Kishida said Thursday he will double as foreign minister until he relaunches the Cabinet after the Japanese parliament convenes a special session next week.

His Liberal Democratic Party appointed Foreign Minister Toshimitsu Motegi to its No. 2 post of secretary general. Among candidates to succeed Motegi is former education minister Yoshimasa Hayashi, sources close to the matter have said. 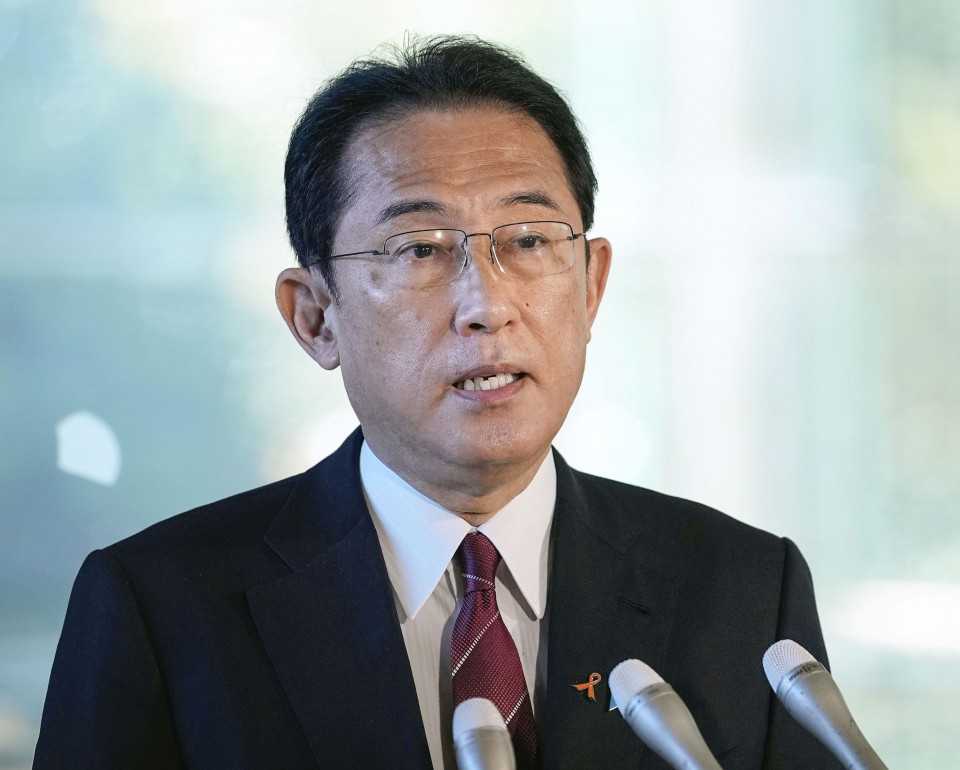 Under the Constitution, the Cabinet must resign en masse when the first session of the Diet is convened following a general election. In a special session expected to be held on Wednesday, the Diet is set to choose Kishida as the prime minister and he will then relaunch the Cabinet.

The appointment of Motegi as secretary general came after his predecessor Akira Amari resigned following his shock defeat in a single-seat district in Sunday's House of Representatives election, an unprecedented humiliation for a sitting LDP secretary general. Amari had been in the post for only a month.

Marking one month since he became prime minister, Kishida told reporters on Thursday, "Since I have gained the people's mandate through the general election, I now plan to speedily implement policies" on key issues such as the coronavirus pandemic as well as economic and diplomatic challenges.

Motegi, a former policy chief of the LDP, heads one of the seven major intraparty factions and backed Kishida in the party leadership race in September. He is also known for having close ties with former prime ministers Shinzo Abe and Taro Aso.

In Sunday's election of the 465-member lower chamber, Motegi easily secured his seat in his constituency in Tochigi Prefecture, while Amari lost his district in Kanagawa Prefecture before managing to secure a seat through proportional representation.

In 2016, Amari resigned as economic and fiscal policy minister amid graft allegations. Opposition lawmakers have continued to target him with criticism for failing to provide a sufficient explanation over his role in the scandal.