Former princess Mako Komuro and her husband are planning to leave Japan for New York on Sunday, a source familiar with the matter said Friday.

The newlywed couple, both 30, are scheduled to depart from Haneda airport in Tokyo to start their new life in New York, where Kei Komuro works as a law clerk at a legal firm after graduating from Fordham University's law school with a Juris Doctor degree in May. 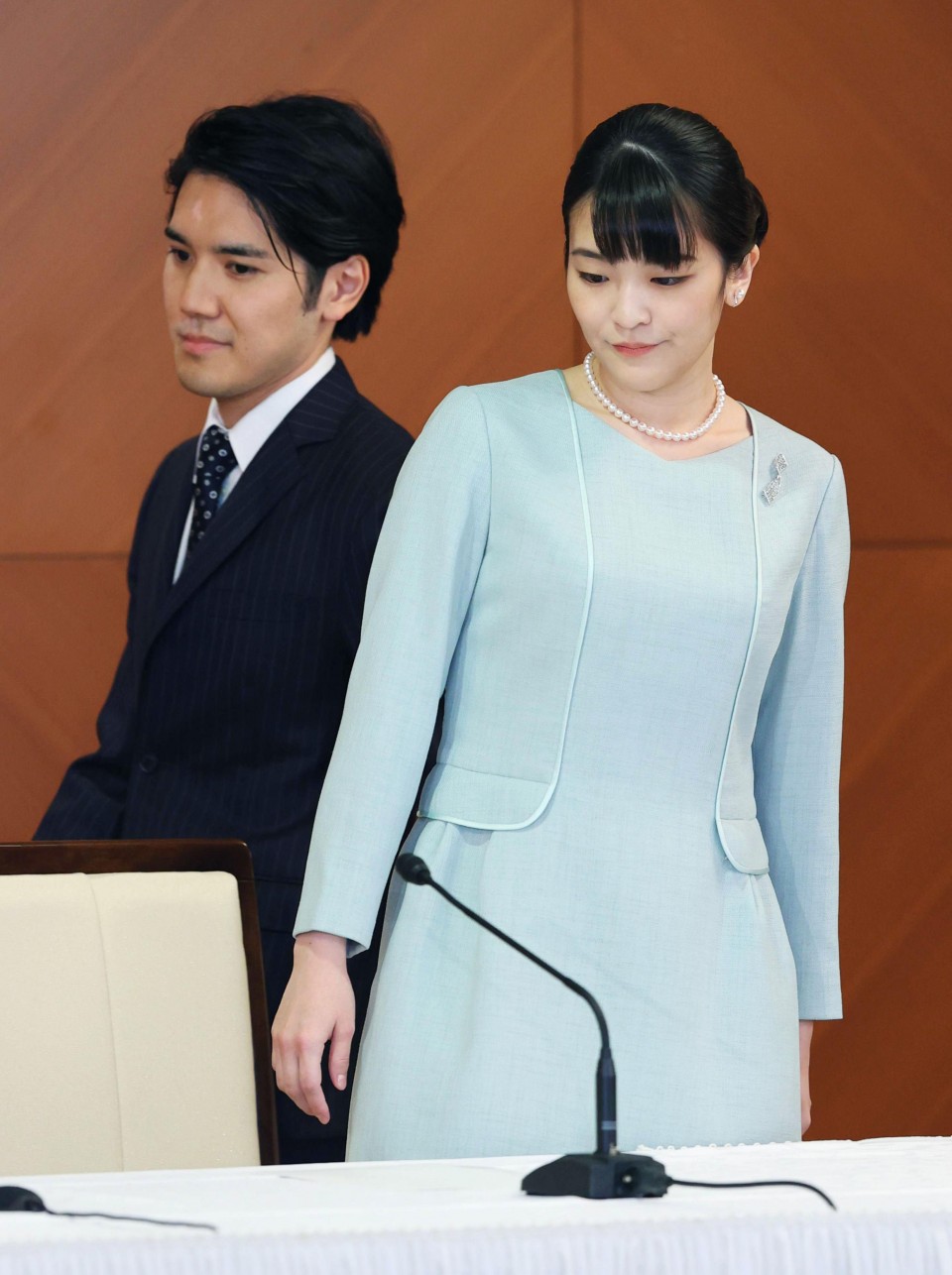 Former Japanese princess Mako and her husband Kei Komuro meet the press at a Tokyo hotel on Oct. 26, 2021. They got married earlier in the day, and the princess became Mako Komuro under a family registry with her husband. (Kyodo) ==Kyodo

The Komuros have already secured a place to live in the U.S. city, according to the source.

It was originally planned that Komuro would travel to the United States first due to work commitments and the former princess, who left the imperial family upon marrying a commoner, would join him later after obtaining a passport.

The eldest daughter of Crown Prince Fumihito married her boyfriend on Oct. 26 after years of controversy over a financial dispute involving his mother and her former fiance that led the couple to forgo traditional ceremonies associated with a royal marriage.

A lawyer representing Komuro told reporters Friday night that the former fiance of Komuro's mother had agreed to receive settlement money in a meeting with Komuro the same day.

Komuro had proposed making a settlement payment, but the man had asked to meet with his mother, a request she refused citing her mental health condition.

"We have reached a conclusion that (the former fiance) will accept the settlement money," the lawyer said, but quoted the man as saying he cannot yet say if the dispute is settled.

The couple appeared together in front of the press on the day they got married for the first time in about four years, with the bride saying she wants to lead a "peaceful life" in a new environment.

With the niece of Emperor Naruhito having been diagnosed with a complex post-traumatic stress disorder following a media frenzy over the couple and the financial dispute, the two only gave opening remarks and distributed written answers to questions earlier submitted by the media at the press event.

The 1947 Imperial House Law, which limits heirs to a male who has an emperor on his father's side, requires female royals to give up their imperial status when they marry commoners.

Komuro returned to Japan from the United States in late September for the first time in about three years. Following the marriage, the couple have been living in a Tokyo condominium.

The husband took the New York state bar examination in July but failed. He is expected to retake the exam, possibly in February. 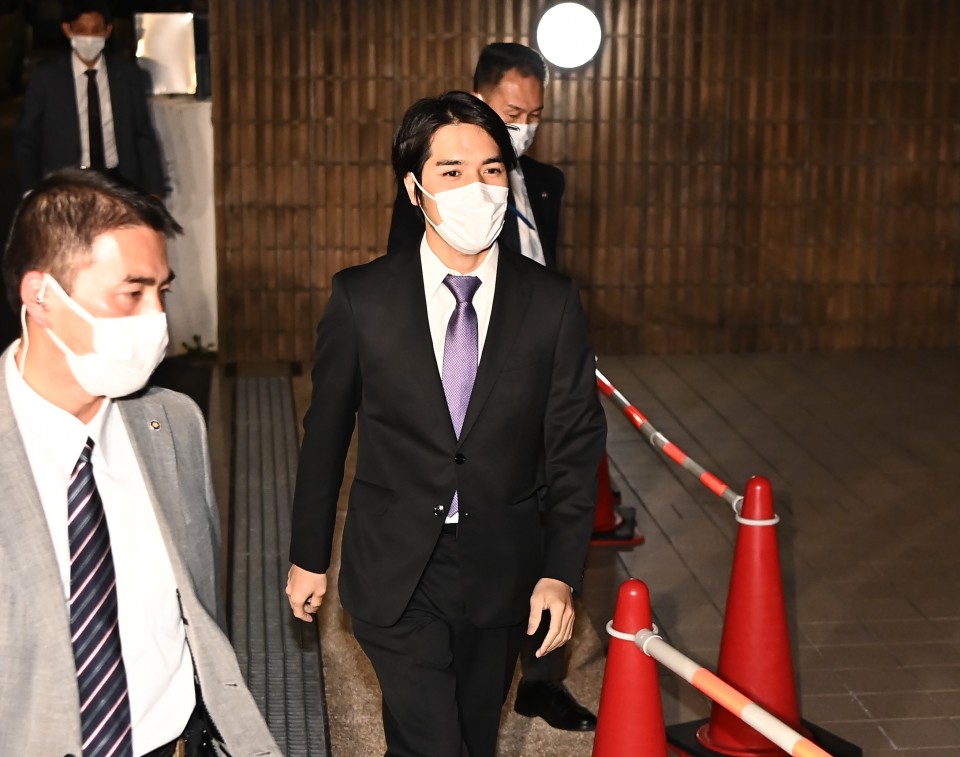 Kei Komuro enters a lawyer's office in Tokyo on Nov. 12, 2021, to meet with the former fiance of his mother. (Kyodo)