With more than 76 percent of the country's population now fully vaccinated, new cases nationwide fell to 50, the lowest level this year. 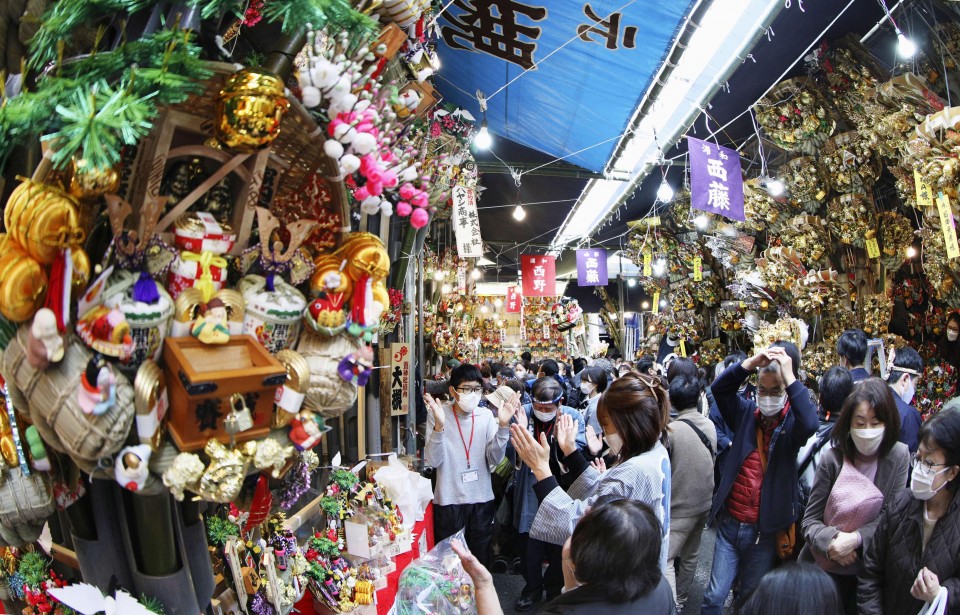 A traditional festival praying for success in business is held in Tokyo's Asakusa area on Nov. 21, 2021, with no restrictions on the number of outdoor stalls amid declines in COVID-19 infections. (Kyodo)

Japan's low daily infection figures contrast with other countries such as South Korea that have similarly high vaccination rates but have still seen upticks in infections.

Tokyo's seven-day rolling average of positive cases has decreased to 17.1 per day, while the number of hospitalized patients with severe symptoms fell from the previous day's count of nine to eight, according to the metropolitan government.

The capital's cumulative total of virus infections now stands at 382,095. Its daily number of cases has remained below 50 since mid-October.