The Regional Comprehensive Economic Partnership trade agreement will take effect on Jan. 1, according to the Australian government, with the deal aimed at facilitating trade liberalization and economic integration in Asia and the Pacific.

The 15-member RCEP -- the world's largest free trade agreement despite the absence of the United States -- will be Japan's first economic partnership agreement involving both China and South Korea.

The pact can enter into force now that Australia and New Zealand have ratified it, Dan Tehan, Australia's minister for trade, tourism and investment, said in a statement released Tuesday. 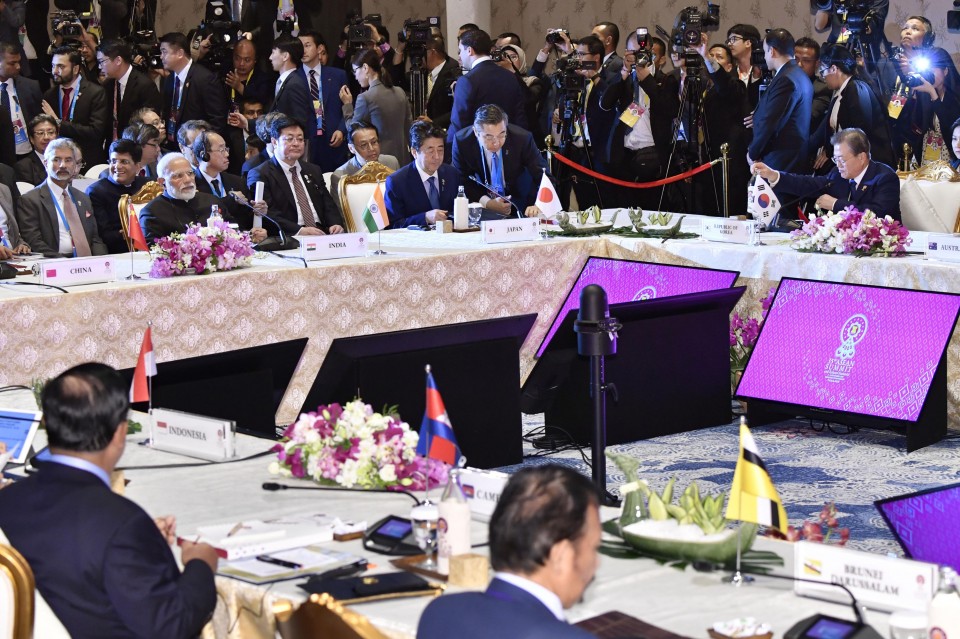 RCEP, which includes the 10-member Association of Southeast Asian Nations, is designed to remove tariffs on 91 percent of goods, and standardize rules on investment, intellectual property and e-commerce among other trade practices.

It also aims to promote optimization of the supply chains within the free trade zone, which accounts for about 30 percent of the world's output, trade and population.

With the entry into force of the RCEP agreement, Japanese companies operating internationally are expected to improve their business efficiency due to reduced tariffs and unified rules.

Welcoming the latest development, Japan's Foreign Ministry said in a statement that it hopes the agreement "will contribute to the economic growth of Japan and the region, by further strengthening the link between Japan and the region as a growth center of the world."

The Japanese government has estimated the pact could lift the gross domestic product of the world's third-largest economy by about 2.7 percent and increase employment by about 570,000.

It is characterized by the fact that China is a member.

China recently applied for accession to the Trans-Pacific Partnership, an 11-nation FTA that once involved the United States and was widely seen aimed at countering Chinese economic influence.

The Japanese government believes that whether China can comply with the contents of the RCEP agreement will be a touchstone for its joining the TPP.

A Japanese government official said China's preferential treatment of state-owned enterprises would be an issue, as the TPP has a higher threshold for membership than RCEP.

Taiwan has also applied for membership, in a move strongly opposed by China, as has Britain.