Japan's government said Friday it will boost the country's medical system to allow 20 percent more COVID-19 patients to be admitted to hospitals compared with this summer's fifth wave of infections when many people were forced to recuperate at home.

In an outline of countermeasures presented at a panel meeting, the government of new Prime Minister Fumio Kishida said it will seek to increase the utilization rate of hospital beds secured for COVID-19 patients, in addition to designating more beds at public hospitals for exclusive use by sufferers of the respiratory disease. 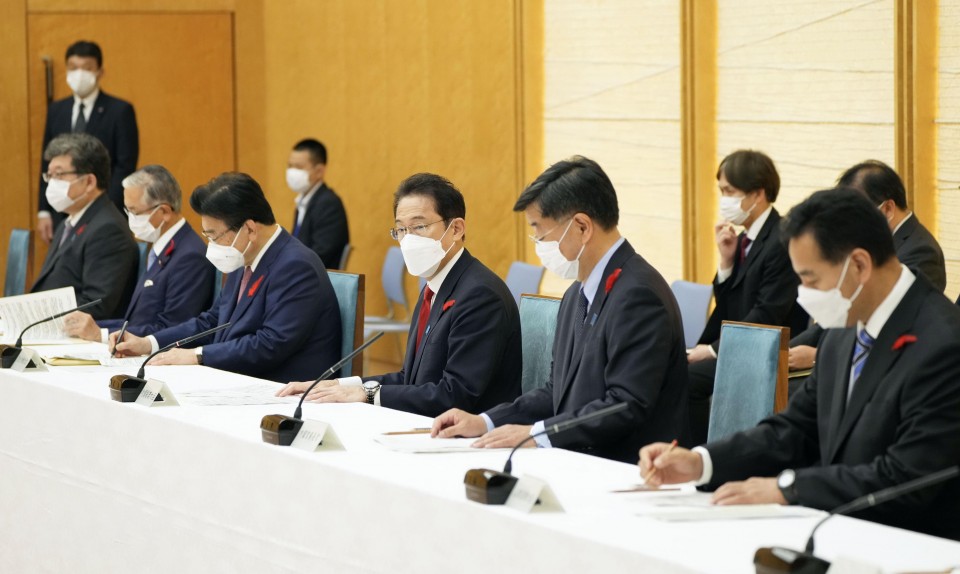 The announcement came amid concerns about a potential sixth wave of the virus in winter. Measures to prevent such a development are a key issue for the Oct. 31 general election.

"We will prepare for the next surge in infections by considering the worst-case scenario," Kishida said at the meeting. The government plans to present a more detailed response to the pandemic in November, he added.

Kishida also said he might ask people to follow strict restrictions on their activities if the country sees a large spike in coronavirus infections.

Japan saw a surge in infections this summer when it held the Tokyo Olympics and Paralympics, logging a nationwide daily record of 25,867 on Aug. 20. Since then, the country has seen a steady decline in cases, but concerns remain over another surge.

On Friday, the nationwide tally stood at 531 cases, according to reports by local governments.

Tokyo on Friday confirmed 57 cases of infections, compared with 138 a week ago. The number of patients being hospitalized or recuperating at home is declining, according to the metropolitan government.

In the outline, the government said it will prepare the medical infrastructure so it can endure another wave of infections worse than the fifth wave.

It said that it plans to have about 80 percent of hospital beds allocated for COVID-19 utilized and require public hospitals to secure more beds under the law.

However, strengthening the health care system poses a challenge, as it will require securing more medical workers and balancing the treatment for COVID patients and those with other diseases.

The government will, therefore, likely be required to provide sufficient support to medical facilities.

To ensure transparency, the government is also considering releasing information about the country's medical infrastructure, including the occupancy rate of hospital beds and the status of online examinations of COVID patients recuperating at home.