Princess Mako's boyfriend Kei Komuro will meet her parents on Monday ahead of their marriage scheduled for later this month, the Imperial Household Agency said Friday, with an unresolved financial dispute involving his mother clouding the celebratory mood.

The announcement came as Komuro, 30, arrived in Japan last month from the United States, where he works at a law firm, to prepare for the marriage that was imperiled by the dispute between his mother and her former fiance. He completed a two-week coronavirus quarantine period earlier this week.

During a meeting at the Akasaka Estate, Komuro is expected to explain to Crown Prince Fumihito and Crown Princess Kiko the trouble between his mother and her former fiance over 4 million yen ($35,000), including money spent on his education.

The couple will meet each other for the first time in about three years, as he left for New York in August 2018 to study at Fordham University's law school, from which he graduated with a Juris Doctor degree in May this year.

His return to Japan caused a media frenzy last month, with his new ponytail hairdo and demeanor, such as keeping silent in front of the press, making headlines.

An official at the Imperial Household Agency will submit legal papers to register the couple's marriage on Oct. 26 on behalf of Princess Mako and Komuro, the agency said. The two are scheduled to hold a press conference afterward at a hotel in Tokyo, in the afternoon on the same day.

The 29-year-old princess, a niece of Emperor Naruhito, will move out of the Akasaka Estate on the same day after registering the marriage. The couple is expected to start a new life in the United States.

The princess will skip the traditional ceremonies associated with royal family members' weddings such as "Choken no Gi," an official meeting with the imperial couple prior to marriage, amid public unease over the marriage due to the money dispute on the Komuro family side.

The unprecedented decisions come as the crown prince maintains the view that the marriage is not supported by many Japanese and therefore the traditional ceremonies cannot be held.

In lieu of the rites, the princess will meet with Emperor Naruhito and his wife, Empress Masako, at the Imperial Palace next Friday as well as her grandparents -- former Emperor Akihito and former Empress Michiko -- on Oct. 25, according to the agency.

The princess will visit the Imperial Palace Sanctuaries, which enshrine the family's ancestors, on Tuesday.

As female imperial family members will lose their royal status once they marry commoners, Princess Mako is expected to be an ordinary citizen after completing a family registry with Komuro.

The couple plan to face the press for the first time in about four years since the revelation of the money issue on the Komuro family side.

As the princess will lose her royal status upon marrying Komuro, the agency decided not to use its facilities for the planned press conference, according to an official.

Their wedding was initially scheduled for Nov. 4, 2018, but the agency announced in February the same year the postponement of ritual ceremonies following reports detailing the financial trouble between Komuro's mother and the former fiance.

Earlier this month, the agency officially announced the princess is scheduled to get married on Oct. 26 and hold a joint press conference with Komuro later that day.

The agency also revealed the princess has been diagnosed with complex post-traumatic stress disorder caused by what she described as psychological abuse the couple and their families received. 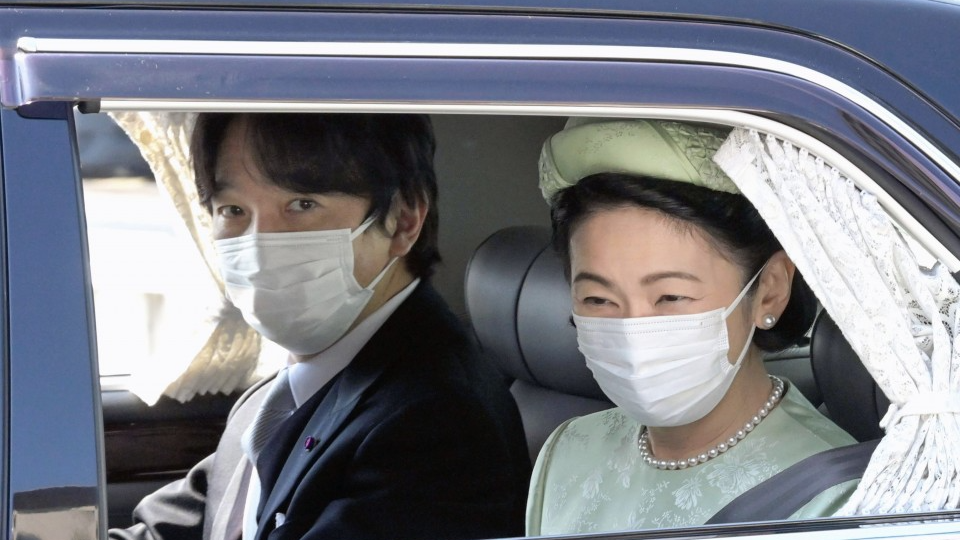