A Japanese government-affiliated institution will resume receiving dozens of foreign researchers next Thursday, even as entry restrictions due to the coronavirus pandemic remain, an official said.

A total of 55 scholars in Japanese studies, including those from other Asia countries, Europe and the United States, are scheduled to arrive in Japan on that day, followed by more possibly in November and December, according to the official at the Japan Foundation.

The decision comes as Japan's strict travel restrictions have drawn international criticism, while European countries and the United States have resumed accepting foreign researchers amid an improvement in the COVID-19 situation. 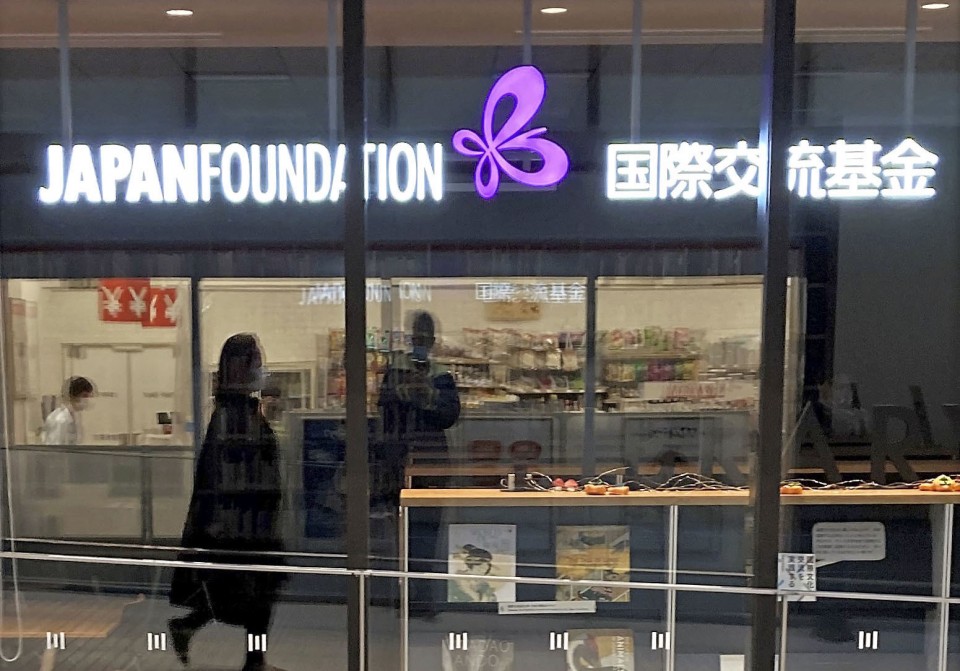 Photo taken on Oct. 23, 2021, shows the headquarters of the Japan Foundation in Tokyo's Shinjuku Ward. (Kyodo)

The foundation, affiliated with the Foreign Ministry, hopes that the resumption will help reactivate academic exchanges between Japan and other countries.

"The country has been 'closed' for a long time but we should not put out the light of Japanese studies (abroad)," said the official, who spoke on condition of anonymity.

Japan in principle still bans the entry of people from 160 countries and regions with a few exceptions, including those from China and South Korea.

The foundation, the country's sole entity dedicated to carrying out cultural exchange programs globally, had selected the 55 researchers by June.

It was carefully examining the timing of their arrival in accordance with the COVID-19 situation in Japan, which has now seen a sharp fall in the number of infections.

It invites foreign scholars with financial support under the framework of Japanese studies fellowships. About 120 people come to Japan as part of the program in usual years.

Requested by the foundation, Japanese government officials have allowed the entry of the scholars as an exception, the official said.

Participants in the fellowship program include researchers in the fields of Japanese culture, politics, and economics, with some working on their doctorate theses.

They will conduct studies for about two to 12 months in cooperation with universities and other academic institutions in Japan.

As for academic exchanges in Japan, issuance of new visas for international students has been suspended except for state-sponsored students.