Princess Mako to only give written answers for marriage press conference

Japan's Princess Mako and her commoner boyfriend Kei Komuro will only give opening remarks, and distribute written answers to five questions submitted in advance by media, at a press conference Tuesday following the registration of their marriage, the Imperial Household Agency said Monday.

The decision comes as the princess, who has been diagnosed with complex post-traumatic stress disorder caused by what she described as psychological abuse the couple and their families received, said she "feels a strong sense of anxiety" just imagining having to answer questions verbally, according to the agency. 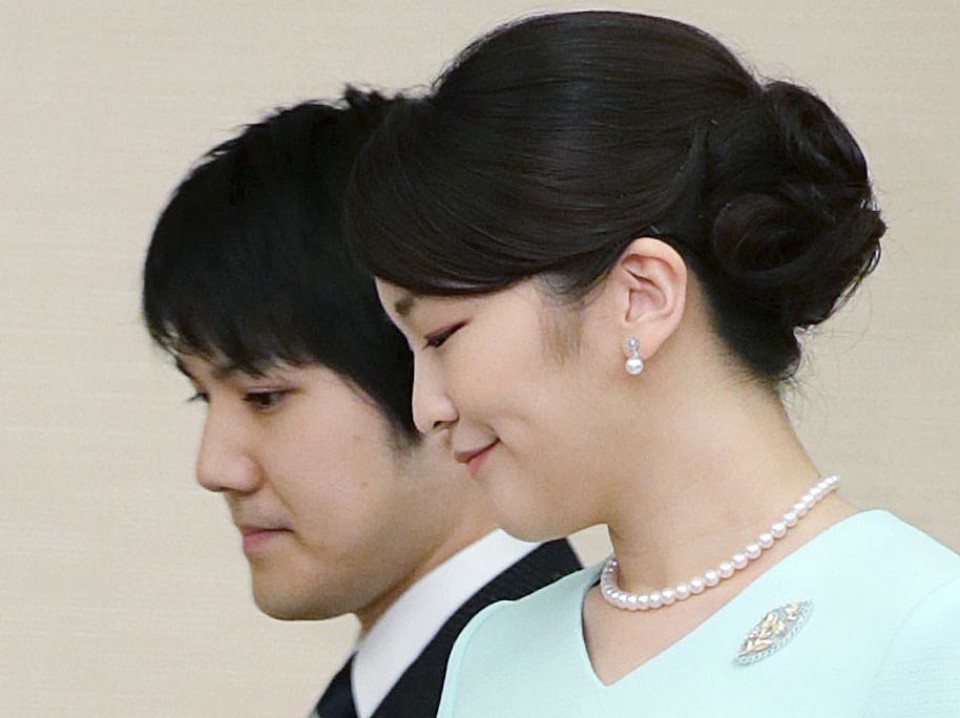 Photo taken Sept. 3, 2017, shows Japanese Princess Mako and her boyfriend Kei Komuro attending a press conference in Tokyo's Motoakasaka district after the Imperial Household Agency announced they will marry, possibly in fall 2018. After a nearly three-year postponement of their marriage following a financial dispute involving his mother, the princess and Komuro are set to marry on Oct. 26, 2021. (Kyodo) ==Kyodo

The princess, who will become Mako Komuro under a family registry with Komuro, was shocked to learn some of the questions included false information being presented as truth, the agency said.

The marriage of the couple, both 30, has come under intense public scrutiny as Komuro has apparently failed to convince a section of the Japanese population how his family would resolve a dispute over 4 million yen ($35,000), which includes money spent on his education.

She has a strong desire to speak frankly about her feelings on the occasion of the marriage, the agency said.

The couple will leave the venue after distributing their prepared responses to the media's questions, it said.

The Imperial Household Agency asked media organizations belonging to their press club, as well as the Japan Magazine Publishers Association and foreign media, to submit questions in advance for the press conference, whose format was agreed on after consultation with her doctor.