The Financial Times reported Saturday that the Chinese military launched the missile that circled the globe before speeding toward its target. China has denied the report, saying it was a routine test to verify technology to reuse a spacecraft. 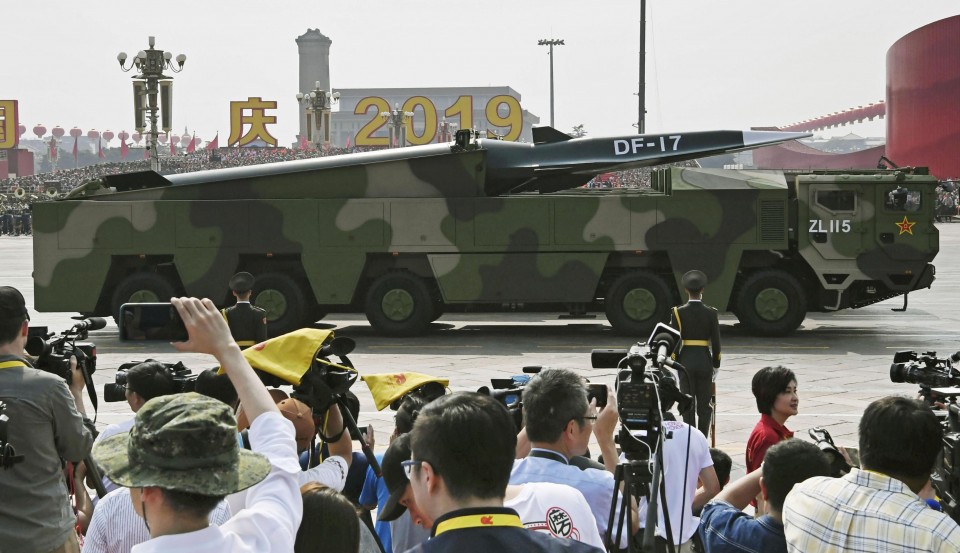 The Dongfeng 17, a next-generation missile, is on display during a military parade in Beijing on Oct. 1, 2019, marking the 70th anniversary of the founding of the communist People's Republic of China. (Kyodo)

Asked by reporters as he was boarding Air Force One for a trip to Pennsylvania whether he was concerned about Chinese hypersonic missiles, Biden said, "Yes."

White House Press Secretary Jen Psaki told reporters that she will not comment on specific reports but "generally speaking we have made clear our concerns."

Concerns over the military capabilities that China continues to pursue were raised through "diplomatic channels," she added.

The U.S. Defense Advanced Research Projects Agency said in September that it had tested a hypersonic weapon capable of velocities over five times the speed of sound. It was the country's first successful test of the class of weapon since 2013, according to Reuters.