The Japanese government on Wednesday maintained it believes North Korea launched two ballistic missiles the previous day, contradicting a report by the North's state-run media that only mentioned a single projectile.

One of the ballistic missiles was submarine-launched and is believed to have flown about 600 kilometers with a top altitude of around 50 km before landing in the Sea of Japan, government spokesman Yoshihiko Isozaki told a press conference. 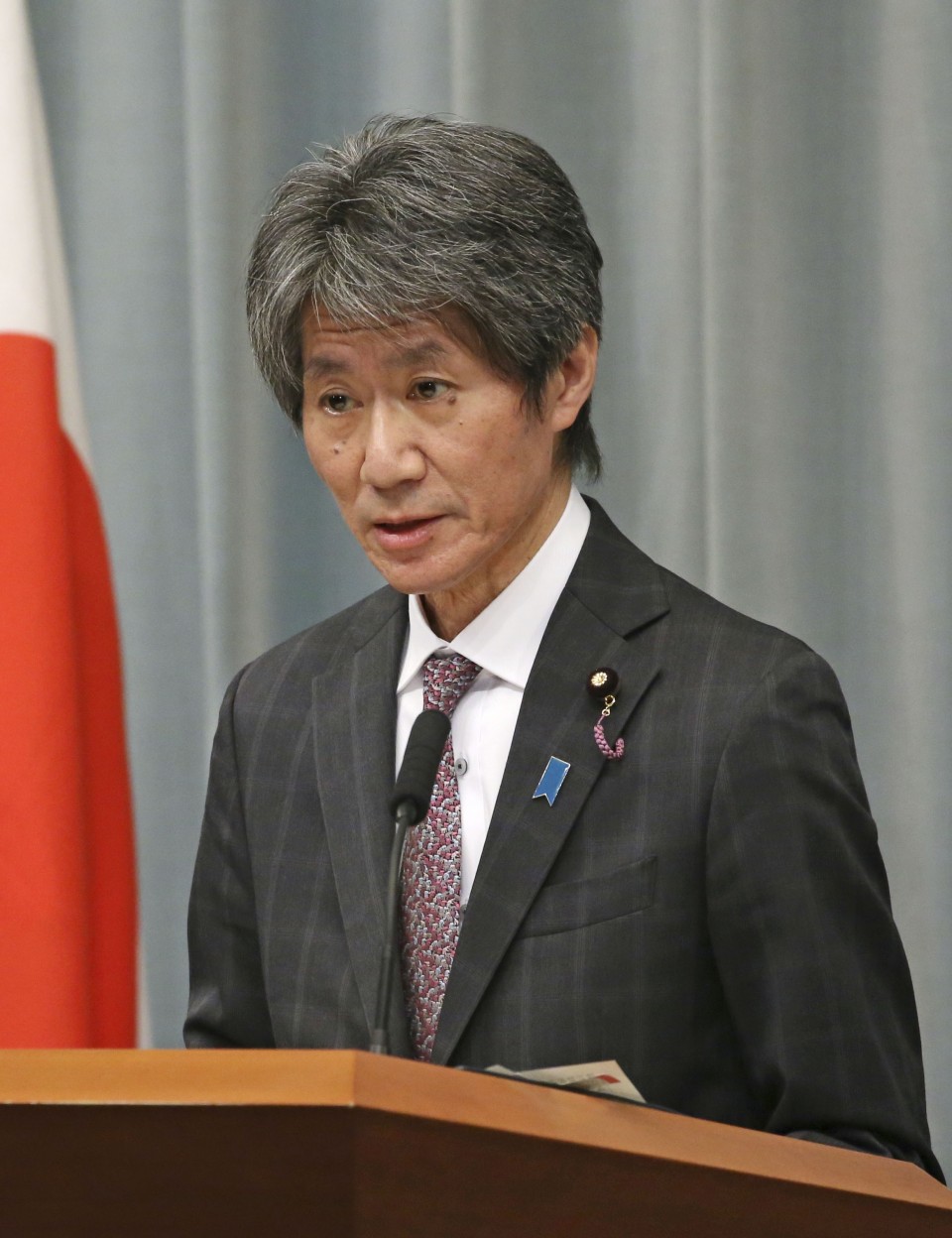 The missile, which was solid-fuel propelled, splashed down outside of Japan's exclusive economic zone, the deputy chief Cabinet secretary said.

Isozaki did not provide details on the second projectile, simply saying that "based on our analysis of various information, we currently believe two ballistic missiles were launched in an eastward direction."

The South Korean military also said the previous day it detected one short-range ballistic missile launched from the vicinity of Sinpo on North Korea's eastern coast at around 10:17 a.m.

Asked by a reporter whether Tuesday's missiles were the same type as those seen in a defense exhibition in North Korea earlier this month, Isokazi admitted they were similar in appearance but declined to say definitively.

The launch was the latest in a series by North Korea in recent weeks, including on Sept. 15 when it test-fired two short-range ballistic missiles from a railway-borne system, and on Sept. 28 when it launched what state-run media said was a newly developed hypersonic missile.

The Japanese government initially claimed the Sept. 15 projectiles fell outside of Japan's exclusive economic zone but later said further analysis showed they fell within the EEZ, which extends 200 nautical miles from a country's coastline.