The Japan Ground Self-Defense Force on Wednesday started nationwide exercises involving all units for the first time in about 30 years in an attempt to boost deterrence and strengthen its capabilities amid China's ramped-up regional assertiveness.

The GDSF drills, including transporting necessary supplies and testing communication systems, will be carried out until the end of November across the country, with an aim to strengthen the ability to defend remote islands. 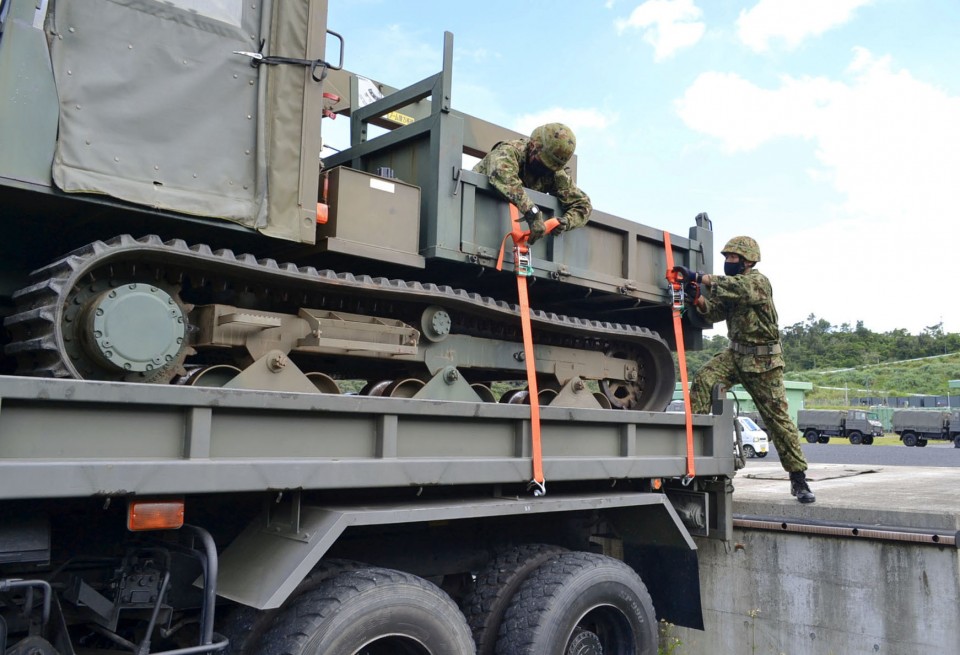 The GSDF last conducted exercises on this scale in 1993 after the Cold War ended. Around 100,000 personnel, 20,000 vehicles and 120 aircraft will join the drills, which will also involve Japan's Maritime and Air Self-Defense Forces as well as a U.S. Army landing ship.

A total of 12,000 personnel and 3,900 vehicles from two GSDF divisions based on the northernmost main island of Hokkaido and in the Tohoku region of northeastern Japan as well as a brigade in western Japan's Shikoku region will start an expeditionary mission to the Kyushu region in southwestern Japan next week.

The troops will carry defense equipment during the mission, including tanks, to several training grounds in Kyushu via road and sea. Private trucks, ferries and railways will also be used in the exercise.

A GSDF official in charge of the drills said the exercises are based on the 2019 National Defense Program Guidelines, which call for strengthening defense capabilities to help safeguard the Nansei Islands, including Japan-administered, Beijing-claimed Senkaku Islands in the East China Sea.

"In order to respond effectively to various situations, including attacks on the islands, it is essential that the necessary forces are deployed quickly and extensively, depending on the situation," Japan's Defense Minister Nobuo Kishi has said on the drills.

"In an increasingly uncertain security environment, the focus of our work will be on operational readiness," the GSDF official said, with China's rapid military buildup in mind.