North Korea's consecutive missile launches are apparently designed to urge the United States to ease sanctions, with the nuclear-armed country acknowledging it has been facing a severe economic downturn.

Some pundits also said Wednesday's test-fire of ballistic missiles may have been intended to retaliate for the South's recent development of submarine-launched ballistic missiles to be deployed anytime soon to counter the North's military capabilities. 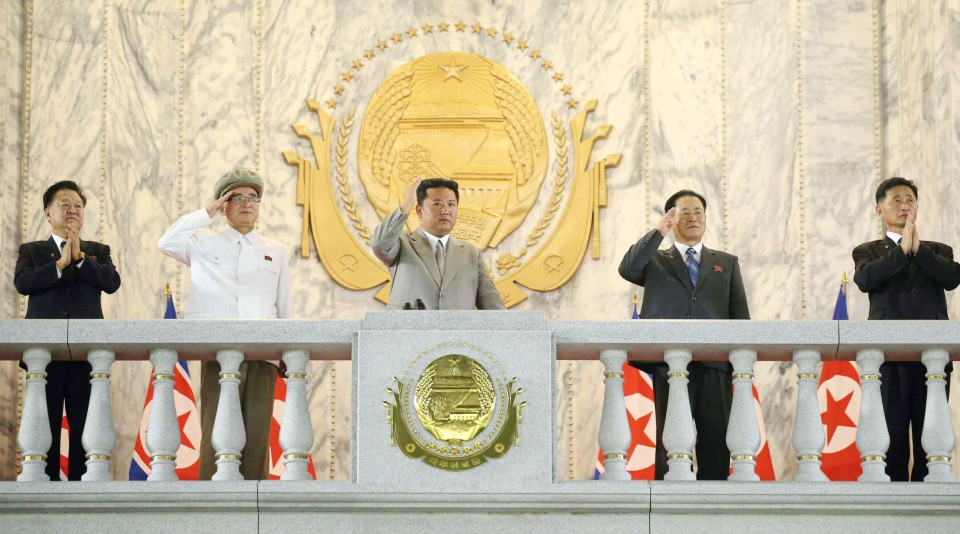 As South Korea is one of the closest U.S. security allies in East Asia along with Japan, North Korea looks to be trying to put more pressure on the administration of U.S. President Joe Biden by escalating security tensions in the region, they added.

In August, the United States and South Korea held joint military drills the North has lambasted as a "rehearsal for war," which also might have prompted leader Kim Jong Un to test-fire ballistic missiles at this point, a diplomat in Beijing said.

Given the current economic situation in North Korea, Kim "must want to talk with Biden over sanctions relief and he must always be considering how to attract attention from the United States," the diplomat said.

Kim "may have thought that now is a good time to intimidate the United States and drag it back to the negotiating table. He is expected to continue missile tests until Washington turns its eyes to security affairs in East Asia," he added.

Pyongyang has expressed reluctance to hold bilateral talks with Washington unless it withdraws its "hostile" policy position against the Asian country.

The latest firing came just days after Pyongyang said Monday that it had tested a new long-range cruise missile capable of reaching Japan, across which tens of thousands of U.S. troops are stationed.

South Korea, meanwhile, said Wednesday that it succeeded in testing its SLBM underwater, becoming the seventh nation in the world to possess such weaponry. President Moon Jae In watched the test.

On the same day, Moon met with Chinese Foreign Minister Wang Yi in Seoul, while Sung Kim, the U.S. special representative for North Korea, was visiting Tokyo to talk with his South Korean and Japanese counterparts.

"North Korea must have been aware of moves by South Korea and the United States. Kim Jong Un might have taken Wednesday as a good opportunity to put its missile test into the spotlight," a source well-versed on Korean affairs said.

"If military competition intensifies between the two Koreas, the security environment would deteriorate in East Asia. Kim Jong Un must believe that under such circumstances, the United States would be forced to restart negotiations with North Korea" over sanctions relief, the source said.

North Korea may also be thinking that Biden, who has been criticized for having triggered the chaotic situation in Afghanistan, could dare to resume bilateral talks in a bid to achieve something on the diplomatic front, another source said.

If Biden ignores or reacts little to North Korea's provocations, Kim might take stronger military actions, including launching an intercontinental ballistic missile that could reach the U.S. mainland or carrying out a nuclear test, the source said.

"North Korea has been in a predicament where it must ask the United States to ease economic sanctions, as it has encountered a food crisis due largely to natural disasters and sluggish trade activities in the aftermath of the COVID-19 pandemic," he said.

"If North Korea continues to conduct missile tests at such a rapid pace, the United States would have to respond. Things could go ahead as Kim has envisioned," he added.

Atsuhito Isozaki, an associate professor of Keio University in Tokyo, echoed the view, saying North Korea must be attempting to "increase the number of bargaining chips it has" for negotiations with the United States.

Looking forward, the focus would be on what kind of action Pyongyang will take on the 76th anniversary of the founding of the ruling Workers' Party of Korea on Oct. 10, Isozaki added.

While Kim has pledged to bolster his country's military capabilities, North Korea's economy has further stagnated, at a time when its talks with the United States on denuclearization and sanctions relief have been stalled for around two years.

North Korea said earlier this year in a report to the United Nations that it has suffered its worst food crisis in more than a decade, probably making it harder for the country's citizens to obtain daily necessities.

North Korea also appears not to have imported food products recently from China, which is known as its closest and most influential ally in economic terms, as it has blocked the border with its neighbor amid the coronavirus pandemic.

Pyongyang has cut off land traffic to and from China and Russia since early last year to prevent the intrusion of the virus, first detected in China's central city of Wuhan in late 2019. It claims the virus has not made inroads into the nation.

North Korea is seen to be vulnerable to infectious diseases against a backdrop of chronic shortages of food and medical equipment caused by international economic sanctions aimed at thwarting its nuclear and ballistic missile ambitions.