Iran and the International Atomic Energy Agency have agreed to continue IAEA recording with surveillance cameras installed at the country's nuclear facilities, the new head of the Atomic Energy Organization of Iran said Sunday.

However, the recorded video will not be provided to the IAEA and its inspections will be still be restricted, making it difficult for the U.N. nuclear watchdog to grasp the full picture of Iran's nuclear development, AEOI chief Mohammad Eslami said. 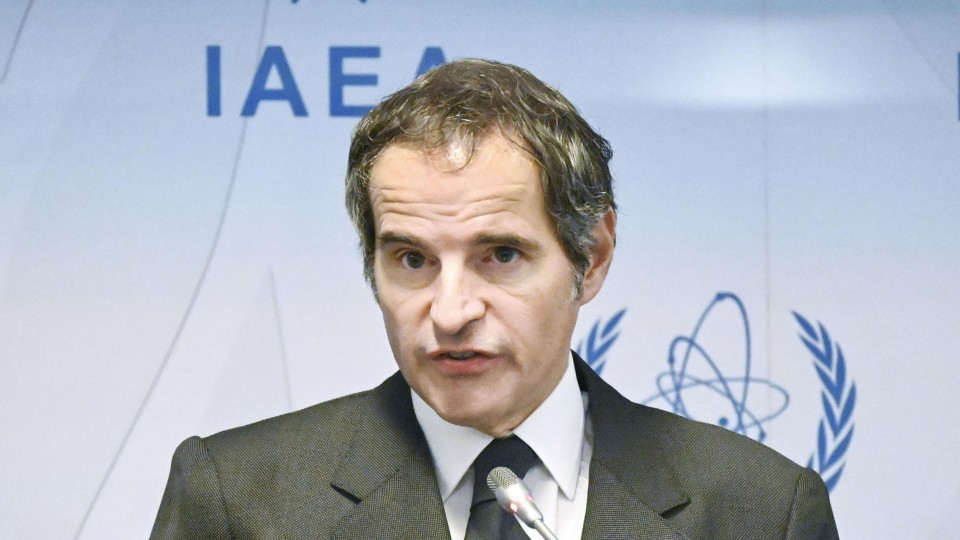 He made the remarks to reporters after talks with IAEA Director General Rafael Grossi, who was making his visit to Tehran since ultra-conservative President Ebrahim Raisi assumed office in August to urge an early normalization of inspections.

A joint statement issued after the talks, which Eslami called "good and constructive," said IAEA inspectors are "permitted to service the identified equipment and replace their storage media," thus allowing recording to continue.

But the surveillance camera memory cards "will be kept under the joint IAEA and AEOI seals in the Islamic Republic of Iran," it said

Grossi's visit to Iran comes just the day before the IAEA's regular board meeting begins in Vienna.

The Iranian nuclear issue is expected to be a major agenda item at the meeting and the board might adopt a resolution condemning Iran over its inspection restrictions.

There are concerns that could result in a stiffening of Iran's attitude, making progress in talks involving Iran, the United States and Europe on rebuilding the 2015 nuclear deal more elusive.

The IAEA is tasked with verifying Iran's commitments under the nuclear deal with world powers.

Besides restricting inspections, Iran has been enriching uranium to 60 percent purity, which is close to nuclear weapons-grade.

Grossi's visit is seen by many as Iran wishing to show its willingness to cooperate in a bid to alleviate opposition from some countries toward Iran at the board meeting.

"It's clear that a strong (IAEA) response is needed," one source said, adding Iran has not constructively engaged with the nuclear watchdog.

Under the 2015 pact struck with six major powers -- Britain, China, France, Germany, Russia and the United States -- Iran agreed to curb its nuclear activities in exchange for the lifting of sanctions.

According to the joint statement, the IAEA director general would visit Tehran again in the near future.