At the Aug. 30 launching ceremony, President Tsai Ing-wen said the purpose of Taiwan Plus, or Taiwan+, is to display the island's democracy and "show the world our diversity, our achievements and our aspiration to contribute to the international community." 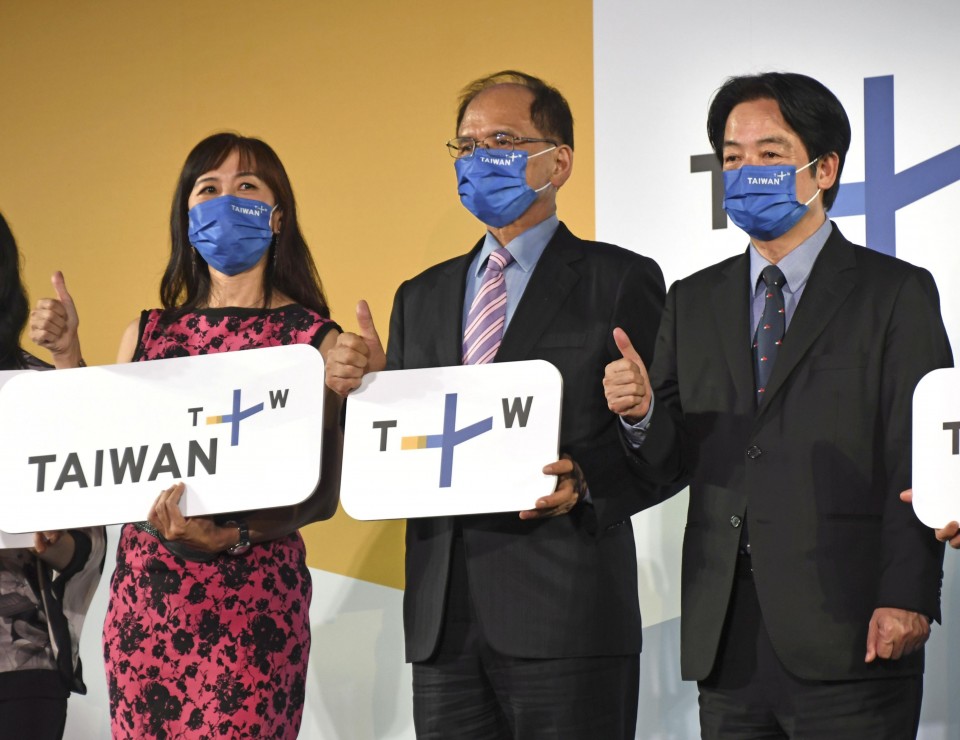 Legislative Speaker You Si-kun (C) is pictured at the launch of Taiwan Plus, or Taiwan+, the first government-funded English news and media streaming platform meant to broaden the self-ruled island's international voice, along with the platform's chief executive officer Joanne Tsai (L) in Taipei on Aug. 30, 2021. (Kyodo)

However, as accurate as these descriptions are, Legislative Speaker You Si-kun was blunt about the purpose of the new platform, saying it is to oppose Beijing's long-standing campaign to advance a pro-China world view through English-language media, often to Taiwan's disadvantage.

"For a long time, the Chinese Communist Party has been squeezing Taiwan's international space and creating a false image of Taiwan, leading to the diplomatic challenges Taiwan now faces," You said.

It is time the world begins to change its views about China and raise the alarm over its rise, he said at the ceremony.

"With China's intimidation and political oppression against Taiwan, the establishment of Taiwan+ allows Taiwan to tell its own stories to the world through its own voices, just like other international media platforms," he added.

China has a number of English-language online media outlets, from daily newspapers and monthly magazines to wire agencies, radio and television.

The China Global Television Network, for example, also delivers digital content and boasts of having 150 million followers across the globe.

The reason for choosing streaming is simple: it has become the go-to media format and a pillar of the global digital economy, according to platform chief executive officer Joanne Tsai.

"Taiwan must be on par with international standards concerning telling its story directly to the international community," she recently told Kyodo News.

Chinese media have long been criticized for acting as a Communist Party mouthpiece. Indeed, according to China expert Christopher Ford, the party uses its authority in an attempt "to control the world's discourse about China."

While Taiwan+ will also seek to influence world opinion, officials contend that it will do so on very different terms.

The best way to promote Taiwan, CEO Tsai said, is to tell its story "based on truth."

"Taiwan is not perfect," she said. "We will not attempt to beautify its flaws or cover them up." 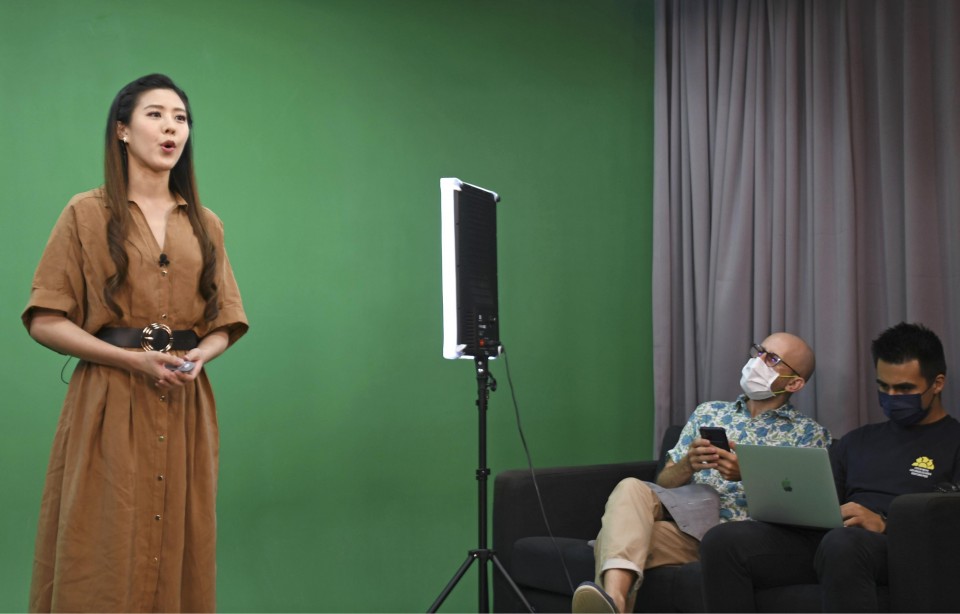 Photo shows staff recording in a temporary office at Taiwan Plus in Taipei on Sept. 6, 2021. (Kyodo)

The platform is neither a political entity, nor a party apparatus, she declared, adding that the Taiwanese public would find offensive any such use of tax dollars.

Commissioned by the Culture Ministry, Taiwan's semi-official Central News Agency launched Taiwan+ on Aug. 30, delivering news and special reports on Taiwan, from food and culture to technology, nature and lifestyle.

Divya Gopalan, director of the Taiwan+ News Center, leads a team of 60 journalists and editorial staff, with a plan to expand that number to 150.

Their mission, she said, "is not only to cover stories that resonate with Taiwan but also give Taiwan a voice and place in the international news scene."

While the Culture Ministry funds Taiwan+, Minister Lee Yung-te said it will leave day-to-day operations to the platform's professional staff.

Lee also said his ministry will encourage the platform to one day become a corporate entity not reliant on government funding.

While the platform is in English at the initial stage, CEO Tsai said she foresees it expanding to other languages such as Spanish or Japanese in the future.

Likening the establishment of the platform to that of carving a baseball diamond from a cornfield in the classic 1989 film "Field of Dreams," she said that Taiwan+ is "only the very beginning," and that she believes once the platform is built, the viewers will come.