Kei Komuro, Princess Mako's commoner boyfriend, is known as a gentle, upstanding man who is pursuing a legal career in the United States. 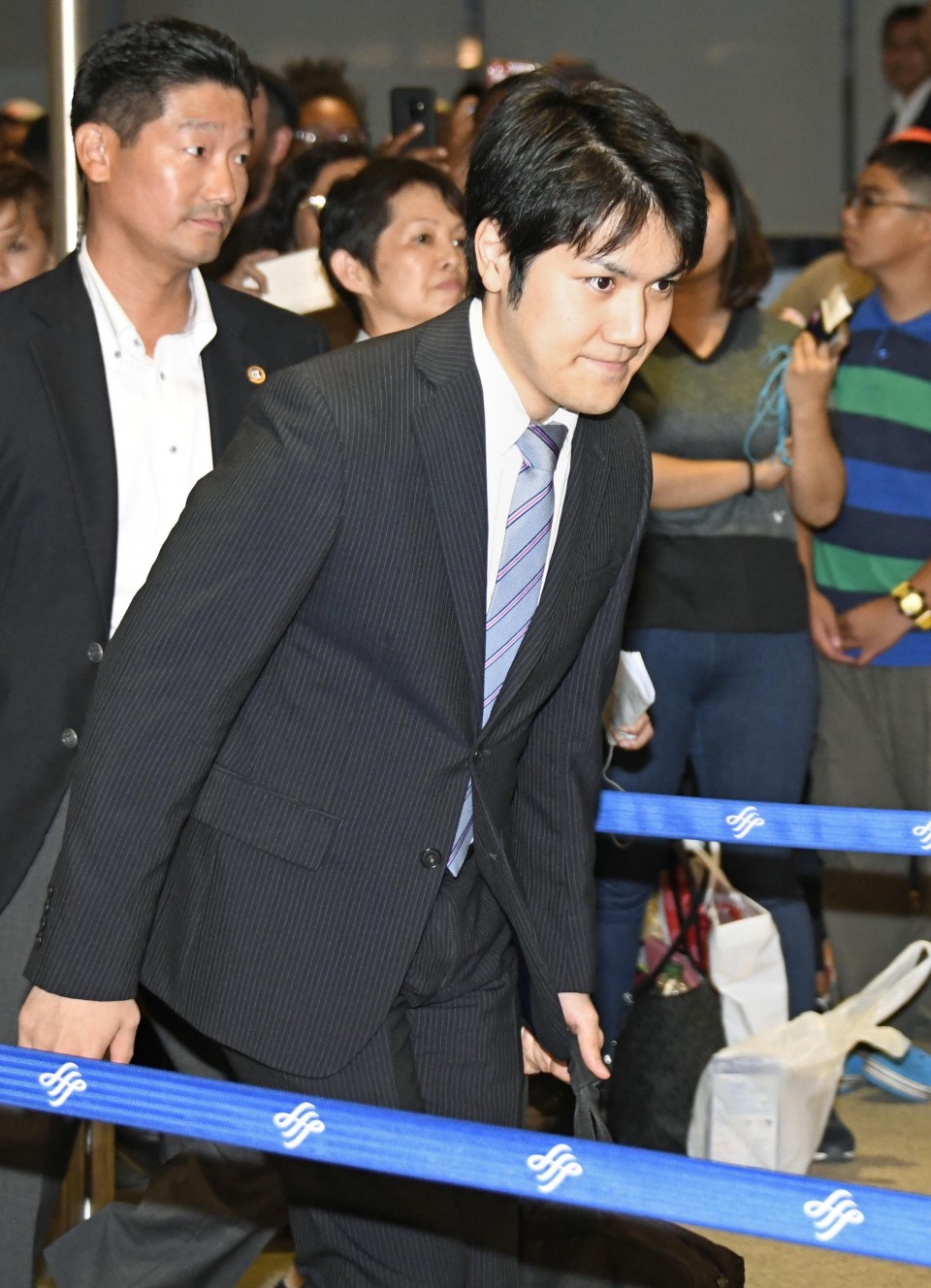 Kei Komuro, the long-time boyfriend of Japanese Princess Mako, is pictured at Narita airport near Tokyo on Aug. 7, 2018. He left Japan to attend law school at Fordham University in New York. (Kyodo) ==Kyodo

A former paralegal at a Tokyo law firm, Komuro, 29, graduated Fordham University's law school with a Juris Doctor degree in May, and took the New York state bar examination in July.

Born on Oct. 5, 1991, Komuro studied at an international school and at International Christian University in Tokyo before heading to the United States. During his years at ICU, where he met the princess, he worked part-time at a French restaurant and a cram school.

"He was a gentle, good-looking and confident man. I felt he was different from other students," said Kenji Goi, the owner of the now-closed French restaurant.

In April, he released a 24-page statement and expressed his resolve to tie the knot with the princess as well as clarifying the monetary dispute involving his mother and her former fiance.

Japan's Princess Mako, boyfriend to marry by yr-end, with no ceremony