The following is the gist of the Peace Declaration read Friday by Hiroshima Mayor Kazumi Matsui at a ceremony to mark the 76th anniversary of the atomic bombing of the city. 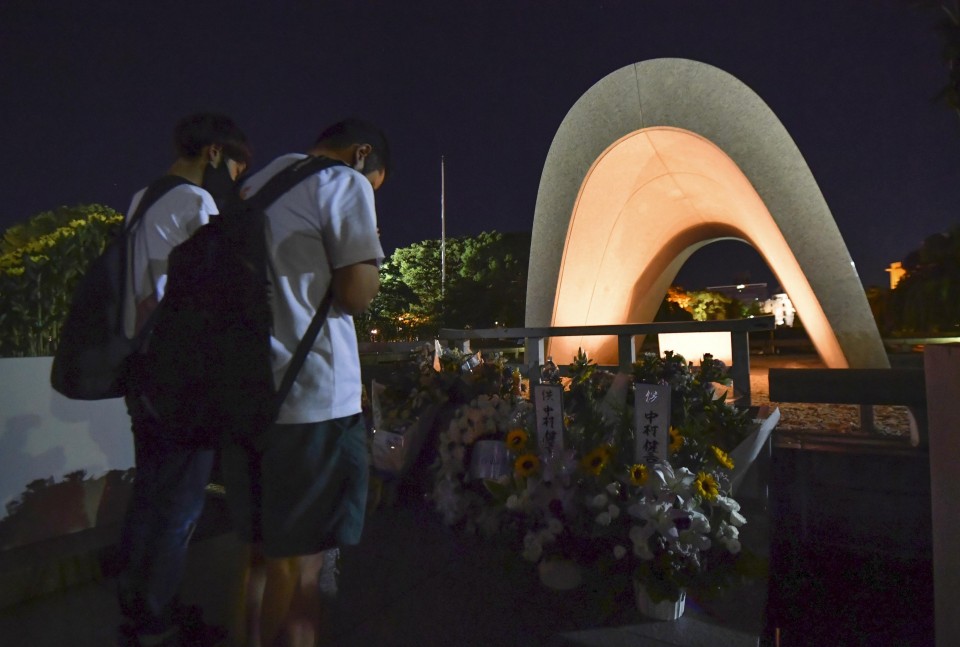 People pray at a monument at the Peace Memorial Park near ground zero in Hiroshima on Aug. 6, 2021. (Kyodo)

-- The demands of A-bomb survivors have moved the international community after 75 years of sustained activity, with the Treaty on the Prohibition of Nuclear Weapons entering into effect this January.

-- The combined wisdom of all people must be trained on the abolition of nuclear weapons, a threat to humanity like the novel coronavirus.

-- Young people can compel world leaders to turn away from nuclear deterrence.

-- World leaders need to shift away from reliance on threats toward security based on trust derived from dialogue.

-- Japan should sign and ratify the nuclear ban treaty.

-- Hiroshima demands more assistance for the survivors who are suffering due to the effects of radiation, including those exposed to so-called black rain.