Sales in Japan's animation production industry fell 1.8 percent on year in 2020, the first drop in a decade, as hit movies such as the record-breaking success of the film on the blockbuster "Demon Slayer" manga series failed to offset the pandemic impact, according to a credit research firm.

In the movie business, the industry had smash-hit "Demon Slayer -- Kimetsu no Yaiba -- The Movie: Mugen Train," which became the highest-grossing film in Japanese box-office history with more than 40 billion yen in revenue. 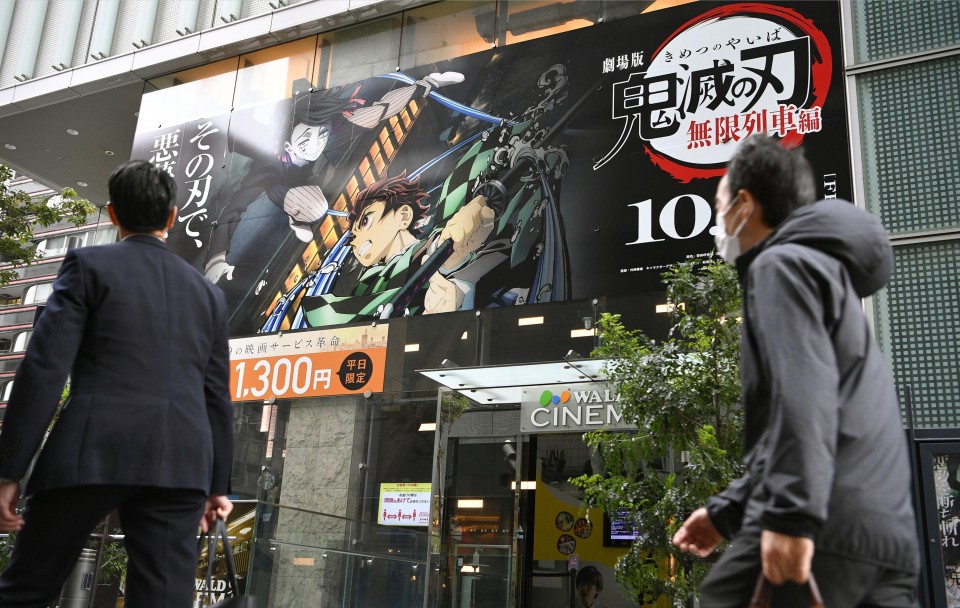 Among other hit movies was "Violet Evergarden: the Movie," a Kyoto Animation Co. film which some of the victims of the deadly arson attack at a studio of the company two years ago had been working on.

Still, the COVID-19 pandemic had delayed production processes at many studios, leading 48.6 percent of 300 animation production companies surveyed to report a sales fall in 2020.

While average annual sales per company fell for the first time in four years in 2020 with 831 million yen, some 31.6 percent said their sales rose last year.

Profit-wise, 37.7 percent incurred losses and 29.5 percent said their profits dropped, as 31.1% reported profit growth, according to the survey.

The outlook for the Japanese animation industry appears difficult, with competition likely to intensify from Chinese animation firms, the research firm said.