The COVID-19 situation among Tokyo Olympic athletes and staff has been "within expectations," the CEO of the organizing committee said Sunday, insisting that there is no link between the games and surging infections in the Japanese capital and beyond.

"We are conducting more than 30,000 tests every day, quickly isolating any positive cases and taking appropriate steps to prevent the virus from spreading," Toshiro Muto told a press briefing. 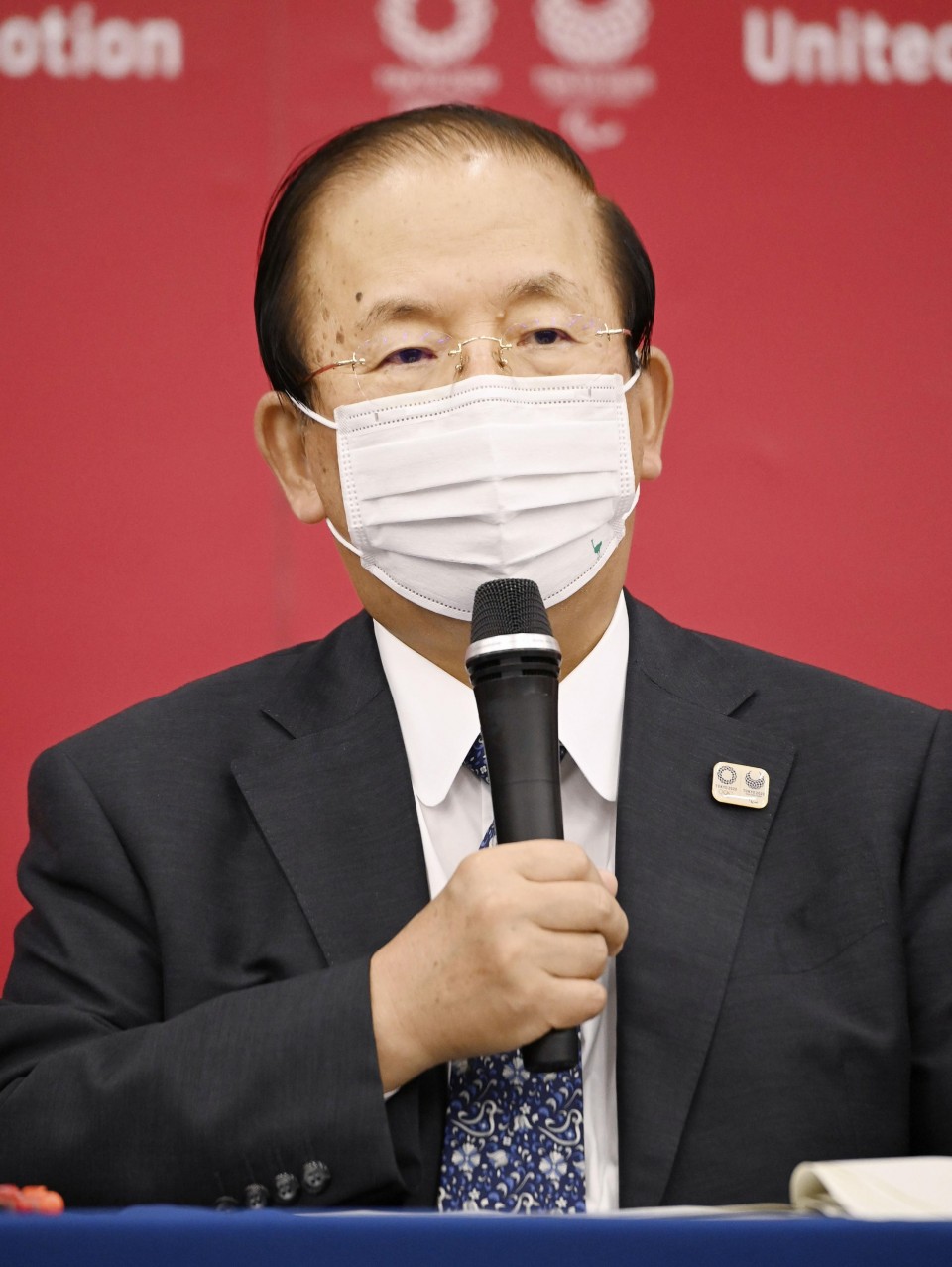 "Having gone into these Olympics promising a safe and secure games for all participants, Tokyo residents and the Japanese people, I think we have been able to deal with COVID-19 at a level within expectations so far."

Muto's comments came as infections in Japan sharply rise, with the nationwide tally of daily cases hitting a record high for the fourth straight day at 12,342 on Saturday, of which Tokyo accounts for about one third.

Prime Minister Yoshihide Suga has said the surge is not related to the Olympics, which are being held without spectators at almost all venues, while Tokyo Gov. Yuriko Koike has said high TV ratings suggest people are heeding calls to stay home.

"We have the exact same thinking," Muto said, referring to the remarks by the two leaders.

The organizing committee on Sunday reported 18 more COVID-19 cases related to the games, one of them an athlete from overseas, bringing the cumulative total since the beginning of July to 259.

Among the 18, 11 are contractors, five are Olympics-linked officials and one is a volunteer. Five are from abroad and 13 are residents of Japan, the organizing committee said. The figures do not include cases announced by central and local governments.

Regarding incidents of participants being punished for violating the "playbook" -- a set of rules for athletes, staff and media members -- Muto confirmed that so far six people have had their accreditation revoked for egregious offenses.

The six consist of four contractors who were arrested prior to the games opening for alleged cocaine use, and two Georgian judoka who broke COVID-19 protocols by leaving the athletes village to go sightseeing.

A further eight people have had their accreditation suspended, four made to write "letters of commitment," and 10 given a warning, according to Muto.

"This is extremely unfortunate as it could damage perceptions toward the vast majority of participants who are following the rules," he said.

In the latest example of rule-breaking, police officers were sent to a park inside the Olympic village after receiving a complaint that athletes were drinking and causing a commotion, according to Muto.

The Tokyo metropolitan police received the call around 2 a.m. Saturday but nobody was there when the officers arrived on the scene, according to a police source.

Athletes at the games are allowed to drink in their accommodations but not in public spaces. Muto said the organizing committee is looking into the incident and will "act appropriately."

Muto said about 30 people have suffered heat exhaustion during the Olympics, most of them contractors and volunteers but none in serious condition.

The marathon and race walk competitions are being held in the northern city of Sapporo and some other events have been rescheduled to avoid the worst of the heat. 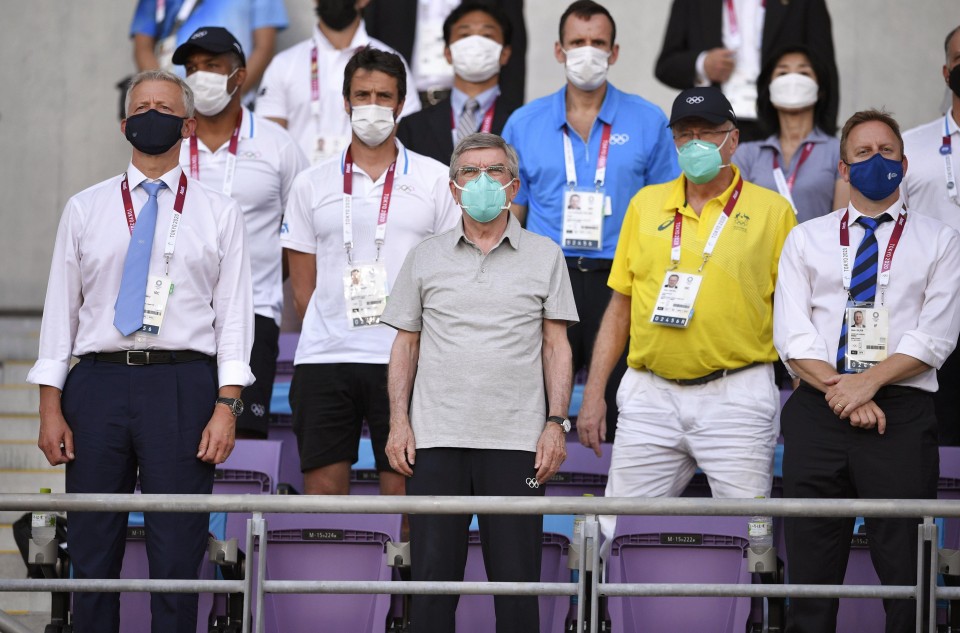 International Olympic Committee President Thomas Bach is pictured ahead of the women's rugby sevens gold medal match between New Zealand and France at the Tokyo Olympics on July 31, 2021, at Tokyo Stadium. (Kyodo) ==Kyodo