Belarus runner arrives in Poland as refugee after row with team

Krystsina Tsimanouskaya, the Belarusian athlete who was pulled from the Tokyo Olympics against her will over the weekend by her team, arrived in Poland on Wednesday, which has offered her asylum, local media reported.

Tsimanouskaya, a 24-year-old sprinter, has been granted a humanitarian visa by the Eastern European country after she refused to board a flight Sunday and sought protection from Japanese police at Tokyo's Haneda airport, saying she was being forced to return to Belarus for criticizing her coaches and she feared for her safety if she returned home. 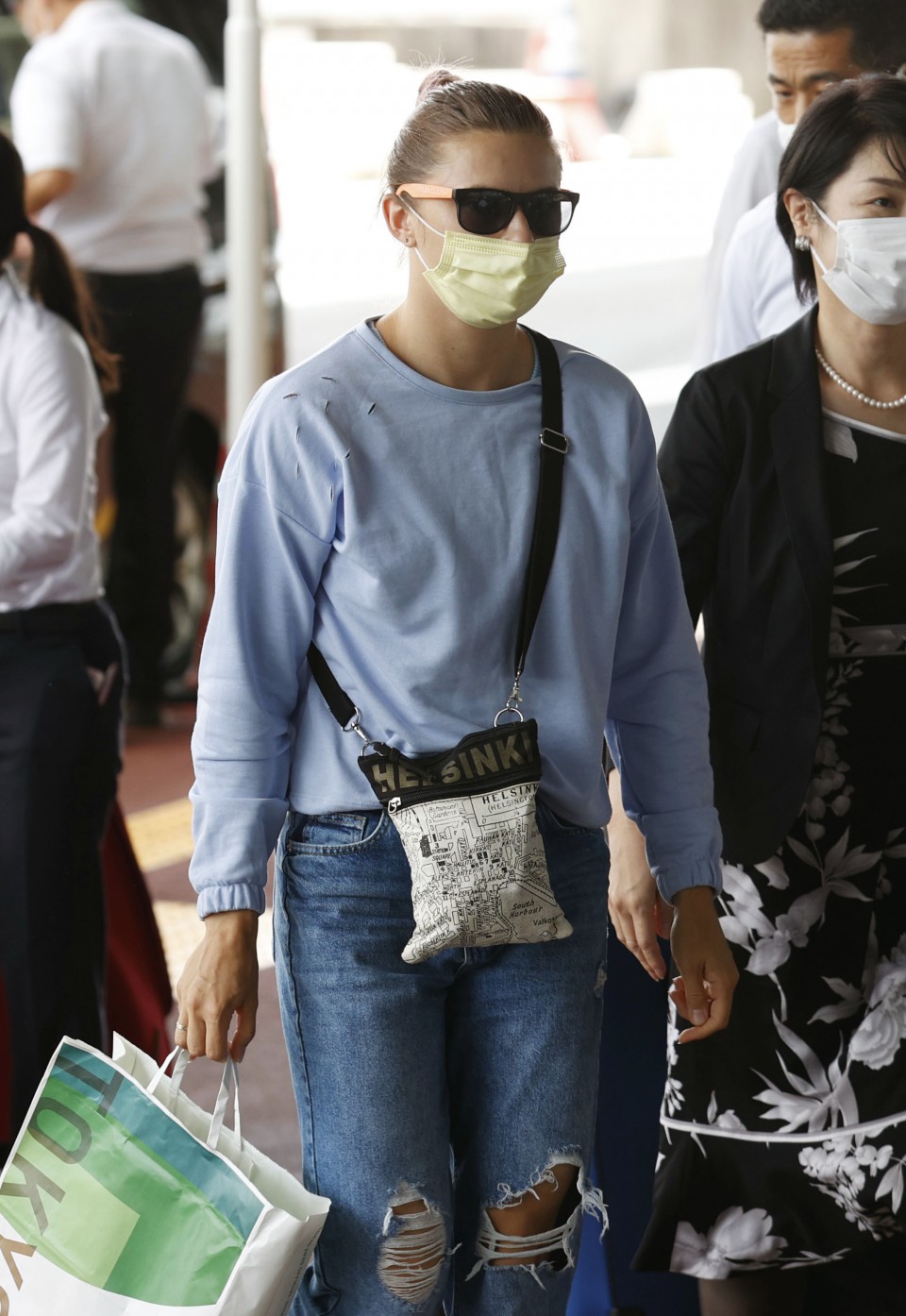 Krystsina Tsimanouskaya, the Belarusian athlete who was pulled from the Tokyo Olympics by her team against her will, arrives at Narita airport near Tokyo in the morning on Aug. 4, 2021, to head to Poland. (Kyodo)

Escorted by officials, Tsimanouskaya, wearing a mask and sunglasses, arrived at Narita airport near Tokyo on Wednesday morning after leaving the Polish Embassy in the capital but did not respond to reporters' questions. She boarded a flight bound for Vienna with two people believed to be Polish diplomats.

Marcin Przydacz, undersecretary of state for security at the Polish Foreign Ministry, tweeted that the athlete is being "taken care of by the Polish diplomatic service. As stated on numerous occasions, due to security considerations we do not disclose the flight details."

Hours before the plane carrying her landed in Vienna, Pavel Latushka, a leading Poland-based Belarusian opposition activist who heads the National Anti-Crisis Management, had said Tsimanouskaya would arrive in the Polish capital "today later," despite her plans having changed from a direct flight to Warsaw.

IOC spokesman Mark Adams told a press briefing that its disciplinary commission will "establish the facts" in the case of the sprinter following the receipt of the report and will question two Belarusian officials who were allegedly involved in trying to put her on a flight back home.

The two officials are Yuri Moisevich, the national team's head coach, and Artur Shumak, deputy director of the country's track and field training center, according to Adams, who did not disclose what was written in the report.

After spending the night at a hotel near Haneda airport under the protection of Japanese authorities, she entered the embassy on Monday and was later granted a humanitarian visa.

The sprinter had complained via social media that she was entered in the 4x400 meter relay despite having never competed in the event. She ran in the 100 meters but did not qualify for the semifinals and had been due to make an appearance in the 200-meter heats on Monday but did not compete.

Both have been banned from attending the Tokyo Olympics amid allegations of discrimination against athletes who took part in protests against the president's controversial re-election in August 2020.

The Belarusian committee has not publicly made any comments on the case since saying in a statement on Sunday that it withdrew her from the games "based on doctors' advice regarding her emotional and psychological state."

Poland was among several European countries that had offered to assist Tsimanouskaya. The other countries included Slovenia and the Czech Republic.

Great feeling for a diplomat to try to help someone who is in urgent need of support.#Solidarity#Diplomacy https://t.co/IJPQc3X6wE pic.twitter.com/Pt2KGWqT5Z 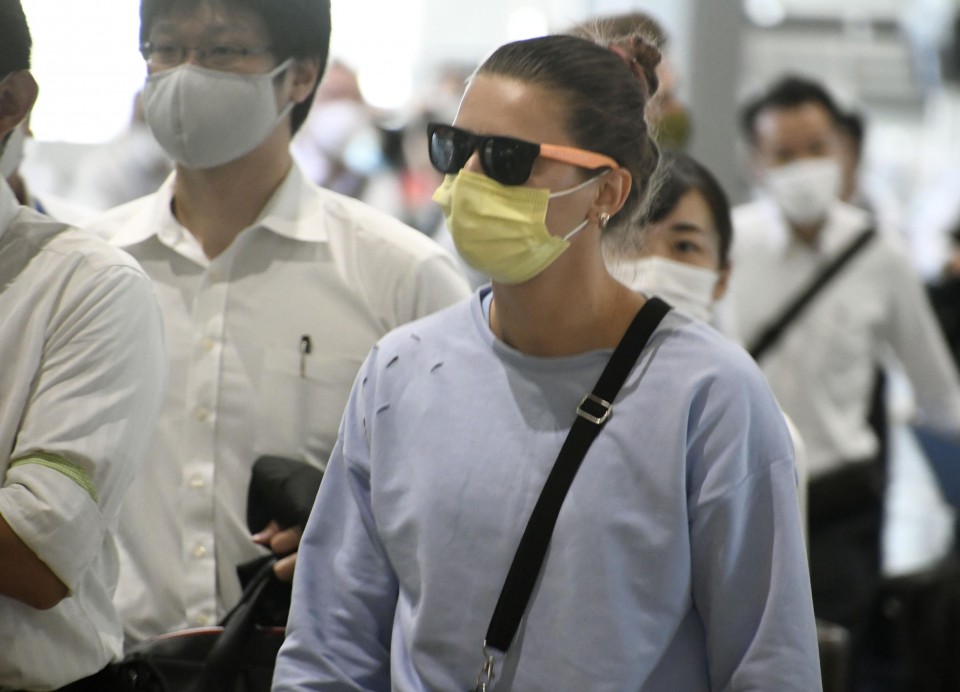 Belarusian sprinter Krystsina Tsimanouskaya arrives at Narita airport near Tokyo to head for Poland, which has offered her asylum, having earlier refused to board a flight back home after being pulled from the Tokyo Olympics against her will. (Kyodo) ==Kyodo 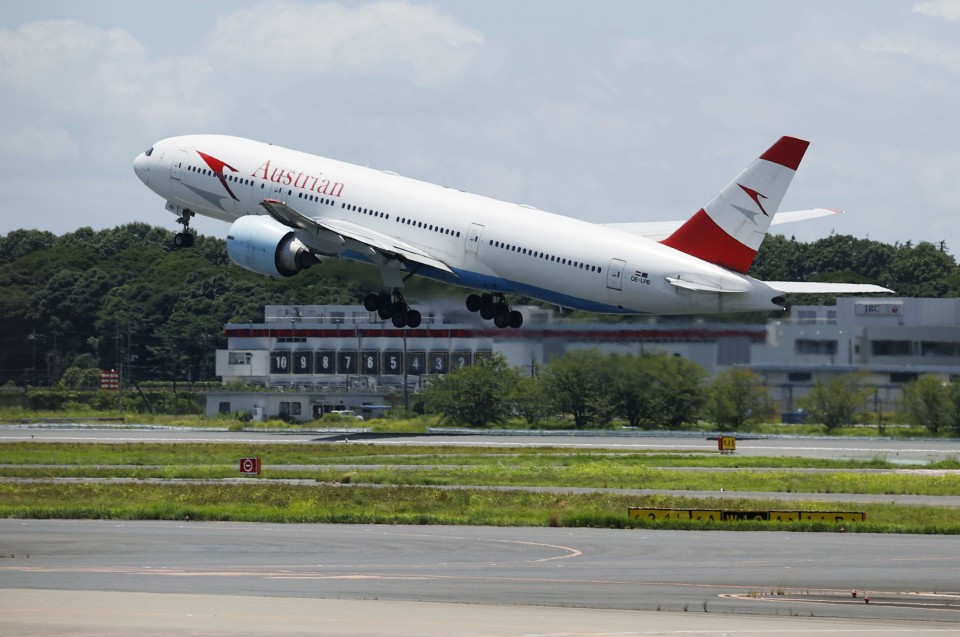 An Austrian Airlines flight to Vienna takes off from Narita airport near Tokyo, carrying Belarussian sprinter Krystsina Tsimanouskaya. She is on her way to Poland, which has offered her asylum, having refused to board a flight back home after being pulled from the Tokyo Olympics against her will. (Kyodo) ==Kyodo 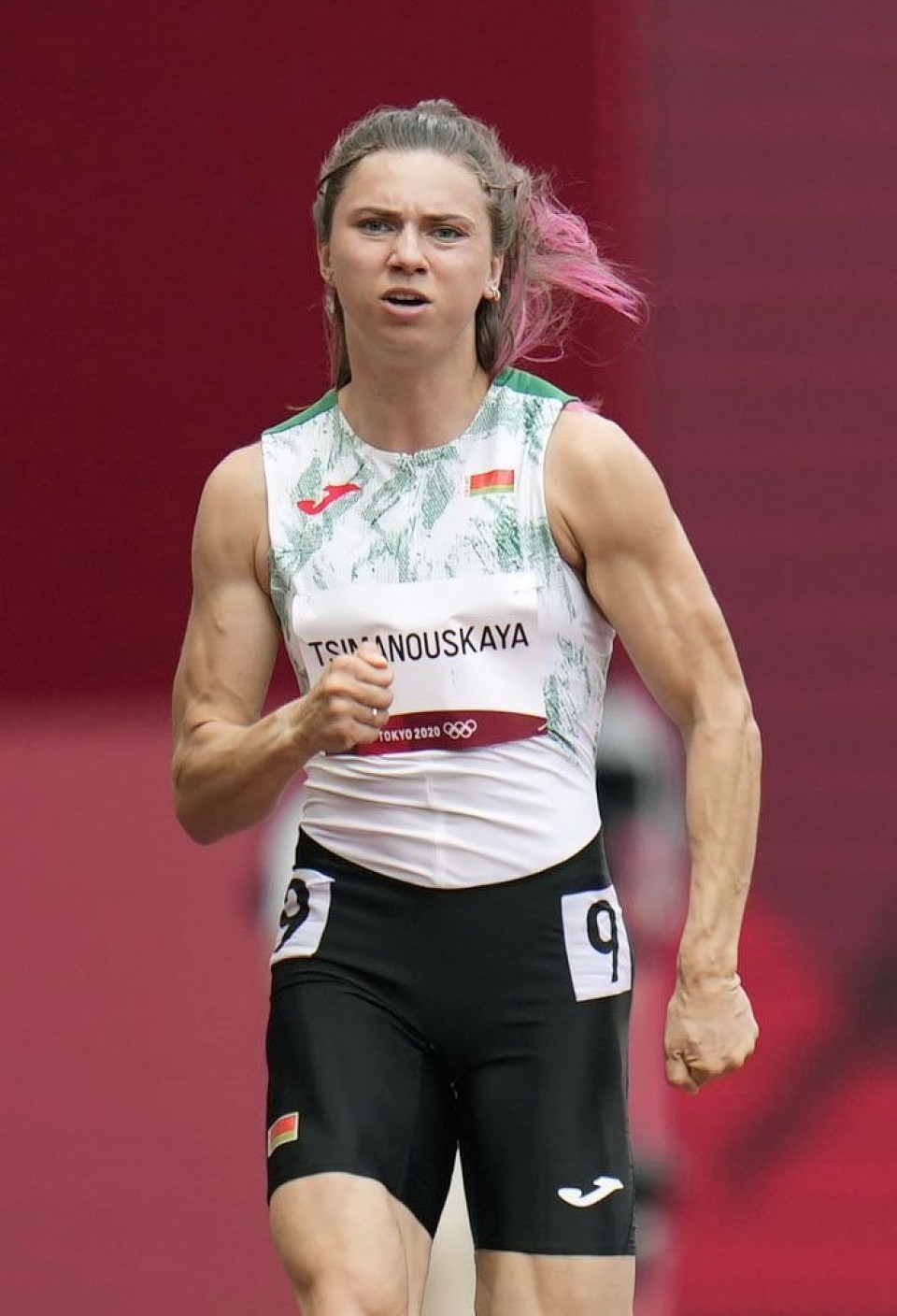 Photo shows Krystsina Tsimanouskaya of Belarus competing in the preliminary round of the women's 100 meters at the Tokyo Olympics on July 30, 2021, at the National Stadium. She is seeking asylum in Poland since refusing to board a flight back home. (Kyodo) ==Kyodo