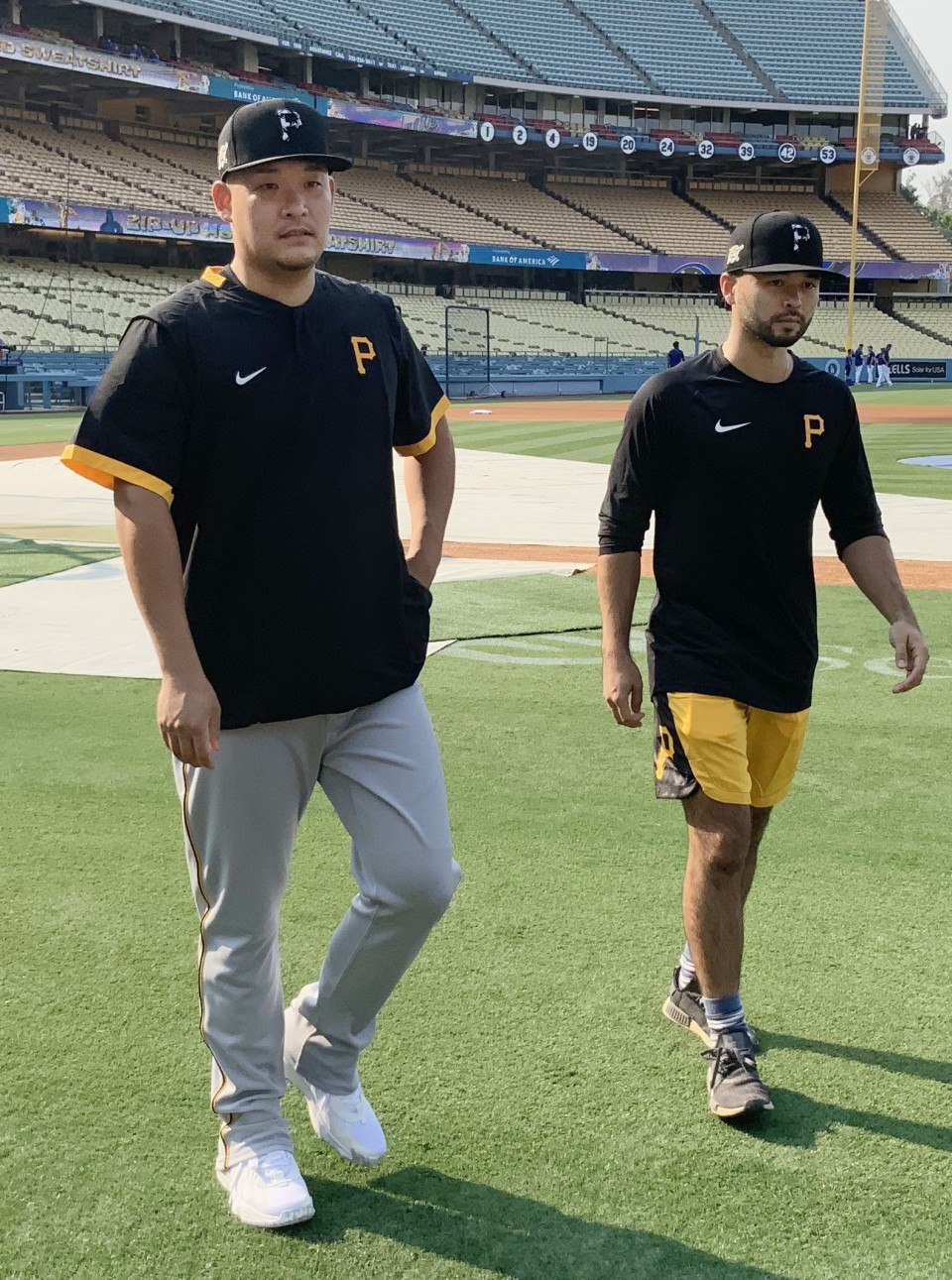 The Rays traded Tsutsugo in May to the Los Angeles Dodgers, who removed the 29-year-old slugger from their roster last month after assigning him to minor league affiliate Oklahoma City while he treated a calf strain.

The Dodgers released Tsutsugo on Saturday, making him a free agent.

"I'm a little excited but also nervous. I'm looking forward to seeing what kind of play I can produce," Tsutsugo said before debuting for the Pirates on Monday, in the opener of a three-game road series against the Dodgers.

The left-handed batter went 1-for-1 against his former club, hitting a double in his sole plate appearance as a pinch hitter in the ninth inning of a 2-1 loss for the Pirates.

With the Rays shouldering most of Tsutsugo's pay, he is seen as a low-risk, potentially high-reward signing for the Pirates, who believe the five-time Nippon Professional Baseball All-Star can live up to the fanfare surrounding his initial move from Japan.

"This is a guy that has been in the big leagues, has gone to the minor leagues and we've seen some definite improvements. And that was something that obviously intrigued us and led us to the fact of giving him an opportunity," Shelton told MLB.com.