Japanese slugger Yoshitomo Tsutsugo has agreed to a deal with the Pittsburgh Pirates, his agent said Monday.

The 29-year-old outfielder joins the Pirates in the National League Central as a free agent after being released by the Los Angeles Dodgers' minor league affiliate Oklahoma City.

"I'll focus on what I can bring to the Pirates and do my best to help the club," Tsutsu 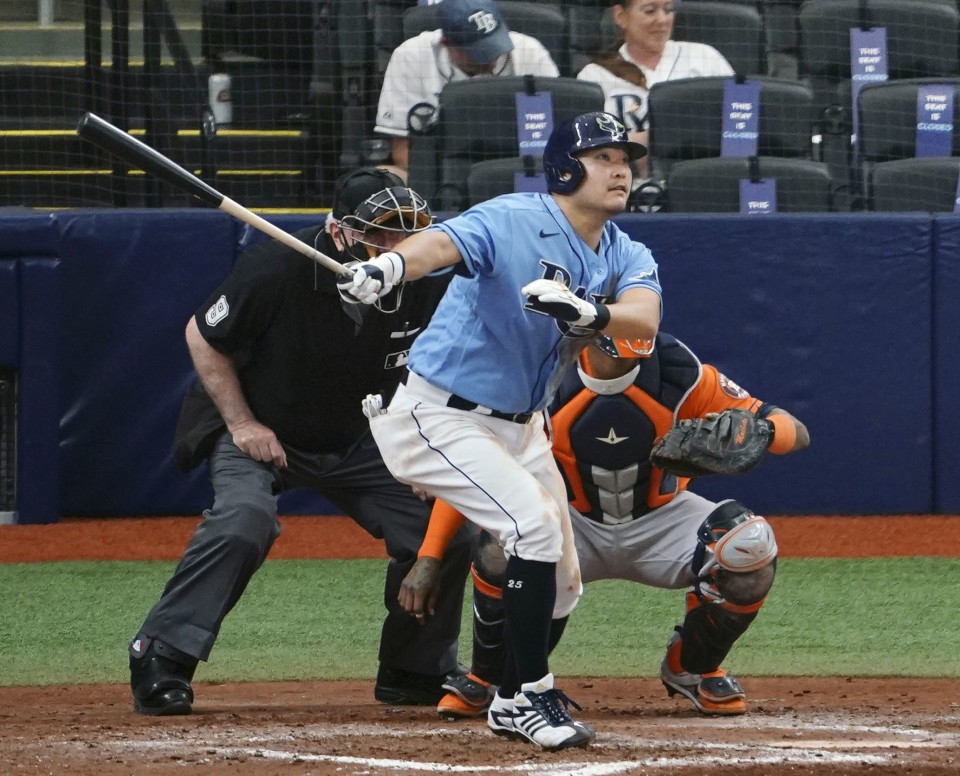 Yoshitomo Tsutsugo of the Tampa Bay Rays flies out in the eighth inning of a game against the Houston Astros at Tropicana Field in St. Petersburg, Florida, on May 2, 2021. (Kyodo) ==Kyodo

go said in a statement.

The Dodgers waived Tsutsugo last month after sending him down to Triple-A Oklahoma City while he was rehabbing a calf injury.

A star for the DeNA BayStars in Japan's Central League, Tsutsugo has struggled to find his footing in the majors after joining the Tampa Bay Rays on a two-year deal last season.