Japanese Prime Minister Yoshihide Suga's government decided Thursday to place Tokyo under a fresh COVID-19 state of emergency for the duration of the Olympics in an effort to curb a recent surge in infections.

The measure, to be effective from Monday to Aug. 22, will see the Summer Games held without spectators at venues in and around the capital, dealing another blow to the event that was postponed by one year due to the pandemic.

"We must take stronger steps to prevent another nationwide outbreak," Suga said at a task force meeting in the evening, voicing concerns over an increase in people venturing outside and the highly contagious Delta variant of the coronavirus first detected in India. 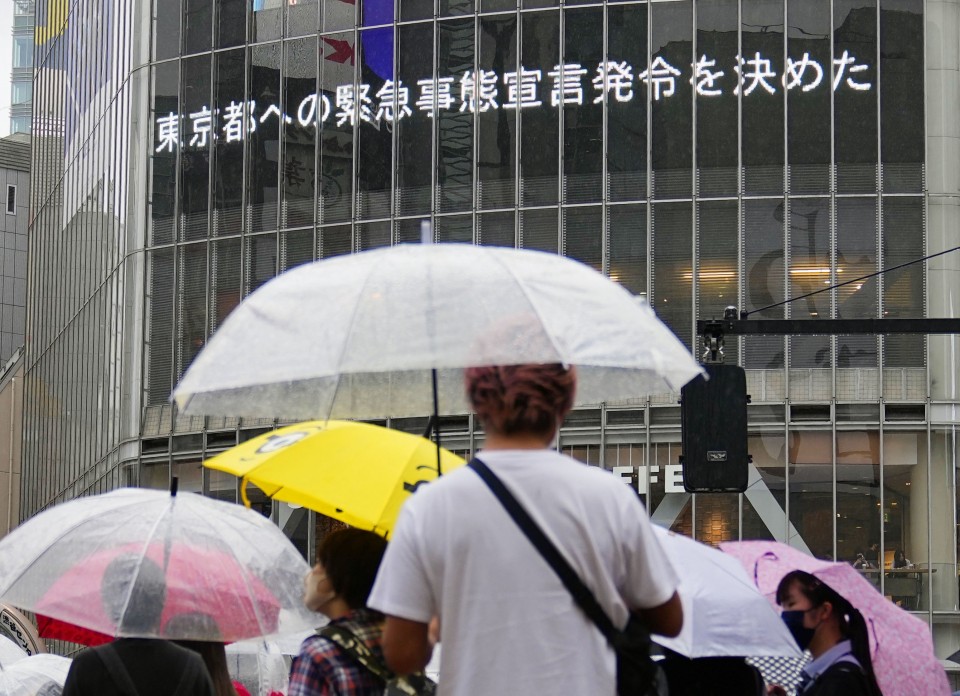 A large screen in Tokyo's Shibuya area shows a news reports on the decision of Japanese Prime Minister Yoshihide Suga's government to place Tokyo under a fresh COVID-19 state of emergency. (Kyodo) ==Kyodo

The quasi-state of emergency currently in place on five other prefectures -- Hokkaido, Aichi, Kyoto, Hyogo and Fukuoka -- will expire on Sunday as scheduled. The measure carries fewer restrictions on business activity and targets high-risk areas rather than entire prefectures.

It will be Tokyo's fourth state of emergency since the start of the pandemic early last year, with the government set to prohibit restaurants from serving alcohol and maintain its request for them to close by 8 p.m.

Major commercial facilities including department stores will also be asked to close by 8 p.m. Attendance at large events such as sports games and concerts will be capped at 5,000 people or 50 percent of the venue's capacity, whichever is fewer. 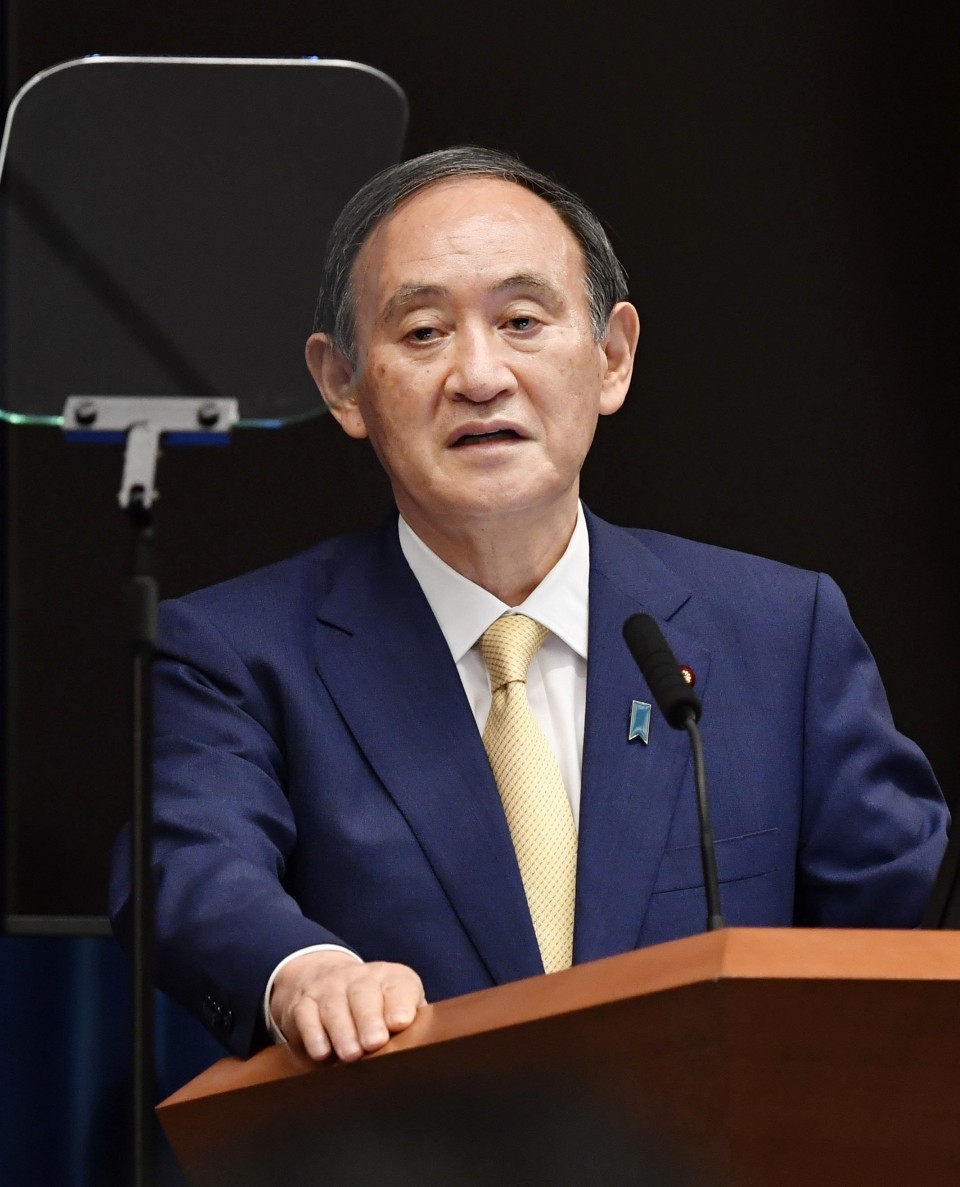 While areas under the quasi-state of emergency are also subject to the alcohol ban in principle, the governors of such prefectures can relax the rule to allow sales until 7 p.m.

"We are hoping to keep people from moving around during the summer break and the Bon holidays until vaccinations move further along," Yasutoshi Nishimura, the minister in charge of the nation's COVID-19 response, told a panel of experts in the morning.

Suga said at a press conference in the evening that if the situation improves as more people get shots and the strain on the medical system eases, the government will consider lifting the state of emergency early.

The measure is necessary as a precaution to prevent the coronavirus from spreading from densely populated Tokyo to other parts of the country, he said, adding the government will compile a new economic stimulus package if necessary to emerge stronger from the pandemic.

The government had initially planned to keep the capital under a quasi-state of emergency but was forced to change course due to the sharp rise in infections.

On Wednesday, Tokyo reported 920 new coronavirus cases, the most since mid-May at the peak of Japan's fourth wave and topping the figure from a week earlier for the 18th straight day.

Health experts including Suga's top COVID-19 adviser, Shigeru Omi, have warned that the Olympics, set to take place from July 23 to Aug. 8, could trigger a surge in infections.

Yoichiro Aoyagi, a lawmaker belonging to the main opposition Constitutional Democratic Party of Japan, criticized the government's decision to declare a state of emergency just two weeks before the games as a "policy failure" in a parliamentary session.

Suga said at the press conference he hopes for a "historic" Olympics and Paralympics showcasing humankind's triumph over the coronavirus.

Organizers of the Summer Games including the government, the Japanese organizing committee and the International Olympic Committee agreed late Thursday not to allow spectators at venues in Tokyo, Chiba, Saitama or Kanagawa.

They had previously agreed to allow into a venue up to 10,000 fans, or 50 percent of its capacity, whichever is fewer, but reviewed the plan following the decision for a fresh state of emergency.