A Myanmar national soccer goalkeeper who refused to return home and is seeking refugee status in Japan will join a local team in Yokohama as a trainee following the approval of a six-month visa earlier in the month, his team said Saturday.

YSCC Yokohama, currently in the J-League's third division, said it wanted to offer an opportunity for Pyae Lyan Aung to continue playing. 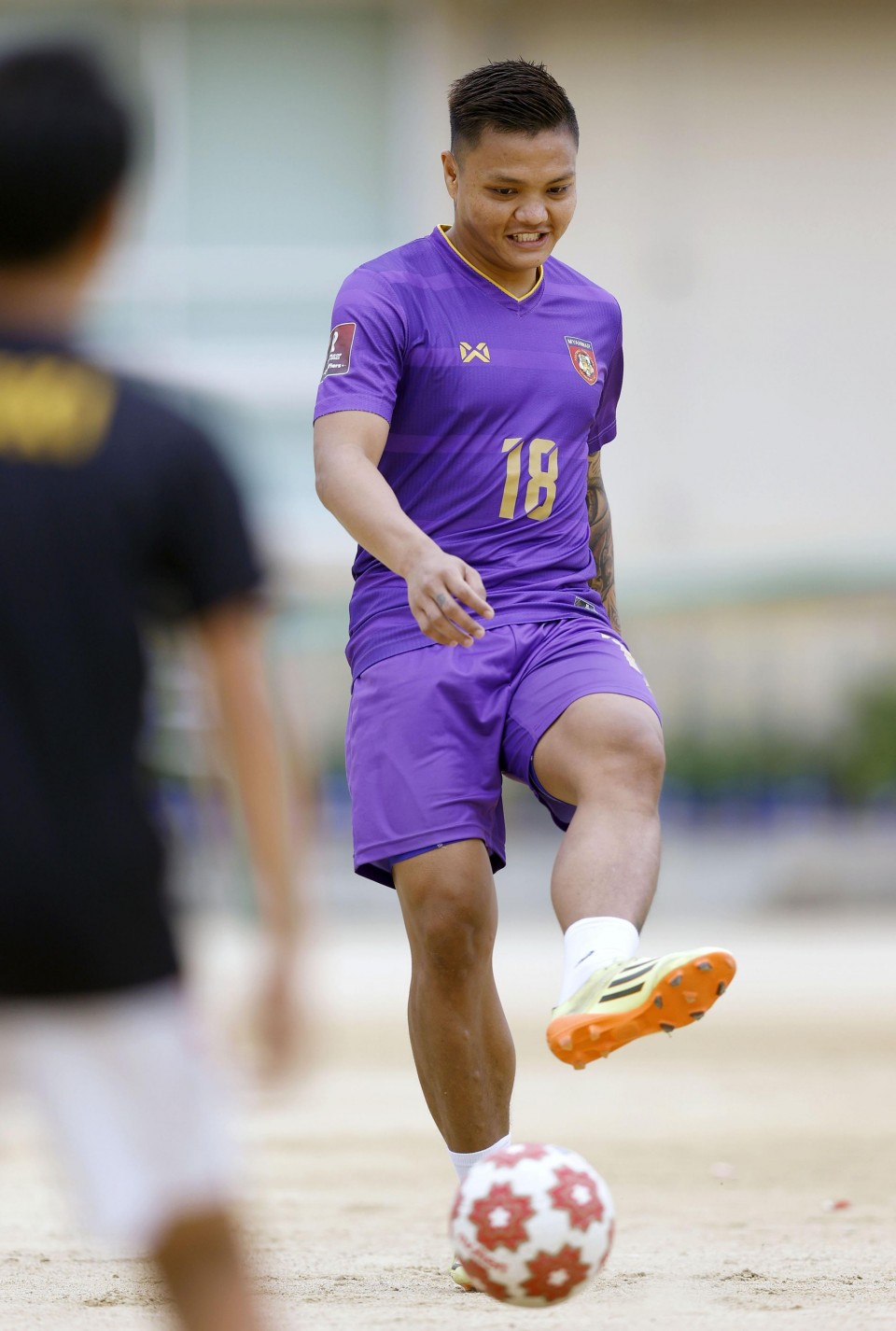 The goalkeeper was granted a "designated activities" visa permitting him to stay and work in the country for six months, based on an emergency measure of the Japanese government to prevent Myanmar residents of Japan from being deported.

The 27-year-old said at the time that he wanted to play for any team in Japan.

Pyae Lyan Aung entered Japan in late May as a Myanmar national soccer team member with a visa for a short-term stay not exceeding 90 days.

During the match between Japan and Myanmar in late May, the goalkeeper, who came on as a substitute, raised three fingers of his right hand with "WE NEED JUSTICE" written on them in English while Myanmar's national anthem was being played. The salute has been used in Myanmar as a show of resistance to the military coup on Feb. 1.

As the team was about to leave Japan on June 16 after playing two further World Cup qualifiers, he told immigration authorities at Kansai airport in Osaka Prefecture, western Japan, that he wanted to remain in the country.

He applied for refugee status and requested to switch his visa status in Japan on June 22 after expressing fears for his life after making the three-finger salute.