"I think Ohtani is doing great and I think he's going to get better. He's only in his 20s, he has a long way to go," said Tosetti, 66, of the Los Angeles Angels phenom. "I hope he stamps all those records. That would be wonderful." 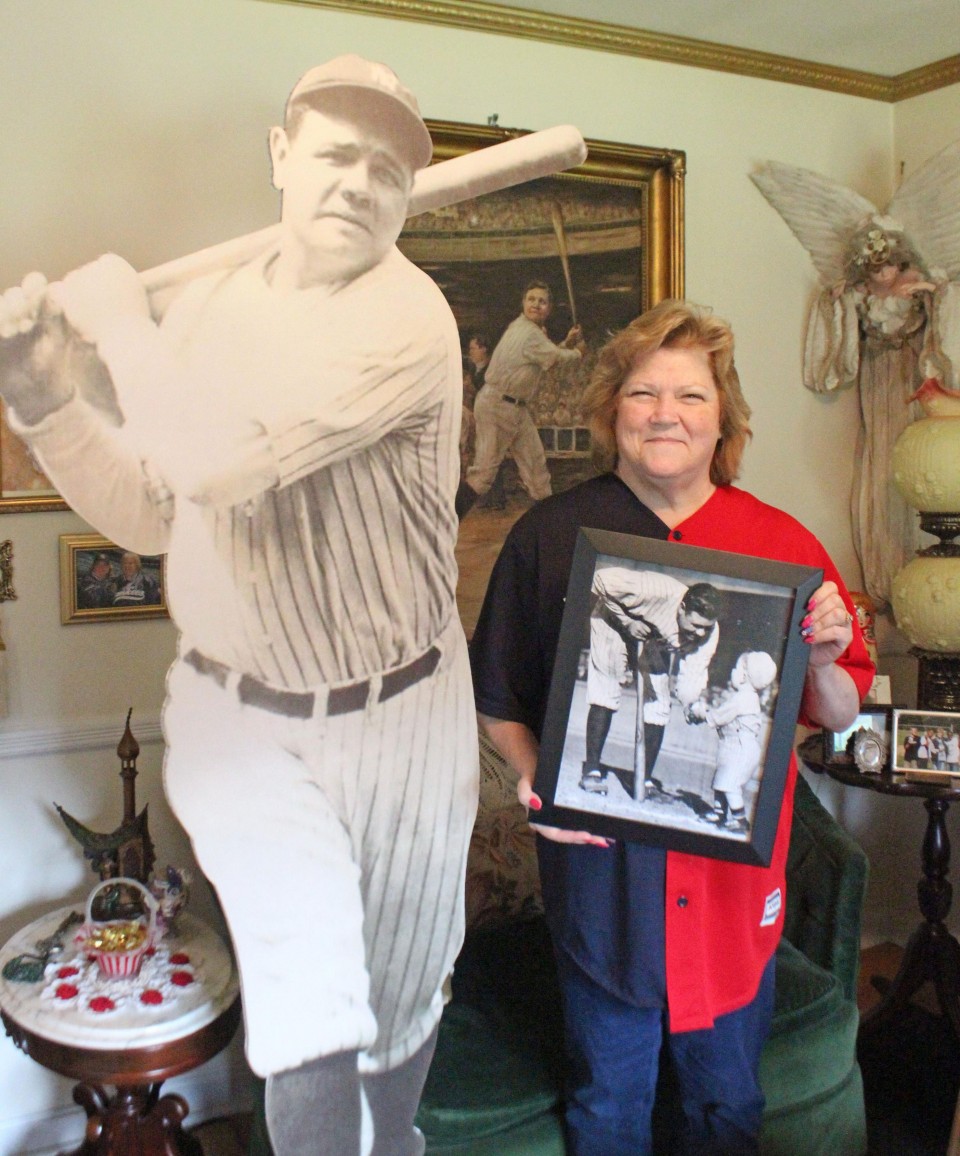 Linda Ruth Tosetti, a granddaughter of the late baseball legend Babe Ruth, displays memorabilia from his Hall of Fame career in a photo taken in Connecticut on June 7, 2018 (Kyodo)

"The love of the game is the same with Babe," she told Kyodo News in the phone interview, while noting Ohtani is "a different kind of player from my grandfather" and that any direct comparison is premature as the 27-year-old Japanese has only competed in four major-league seasons.

A Hall of Famer in the inaugural class of 1936, Tosetti's maternal grandfather, dubbed "The Sultan of Swat," helped lead his team to seven World Series titles -- three during his time as a two-way star with the Boston Red Sox, and an additional four with the New York Yankees, where he primarily played as an outfielder.

Amid career home run and RBI totals that held up for decades as major-league records, Ruth's high mark for homers in a single season was 60, set in 1927 and unsurpassed until 1961.

This year, Ohtani's historic first half has put him on pace to become just the fifth player since Ruth to cross the 60-homer threshold. Leading the major leagues with 33 homers at midseason, Ohtani has already broken the single-season record for most home runs by a Japanese-born player in the majors, while also becoming the first player in MLB history to be named an All Star at two positions in one game -- pitcher and designated hitter.

"Right now he's the best thing in baseball so far that people are interested in," Tosetti said of the power-hitting ace, who picked up American League Rookie of the Year honors in 2018 after moving from Japanese professional baseball to the majors.

His excelling as Ruth did in the rare category of two-way player "makes him a standout, definitely," she said.

Tosetti, born six years after her grandfather's death in 1948, has become an authority on his life and made many public appearances including talks and ceremonial first pitches at baseball games as a way to help keep his legacy alive. 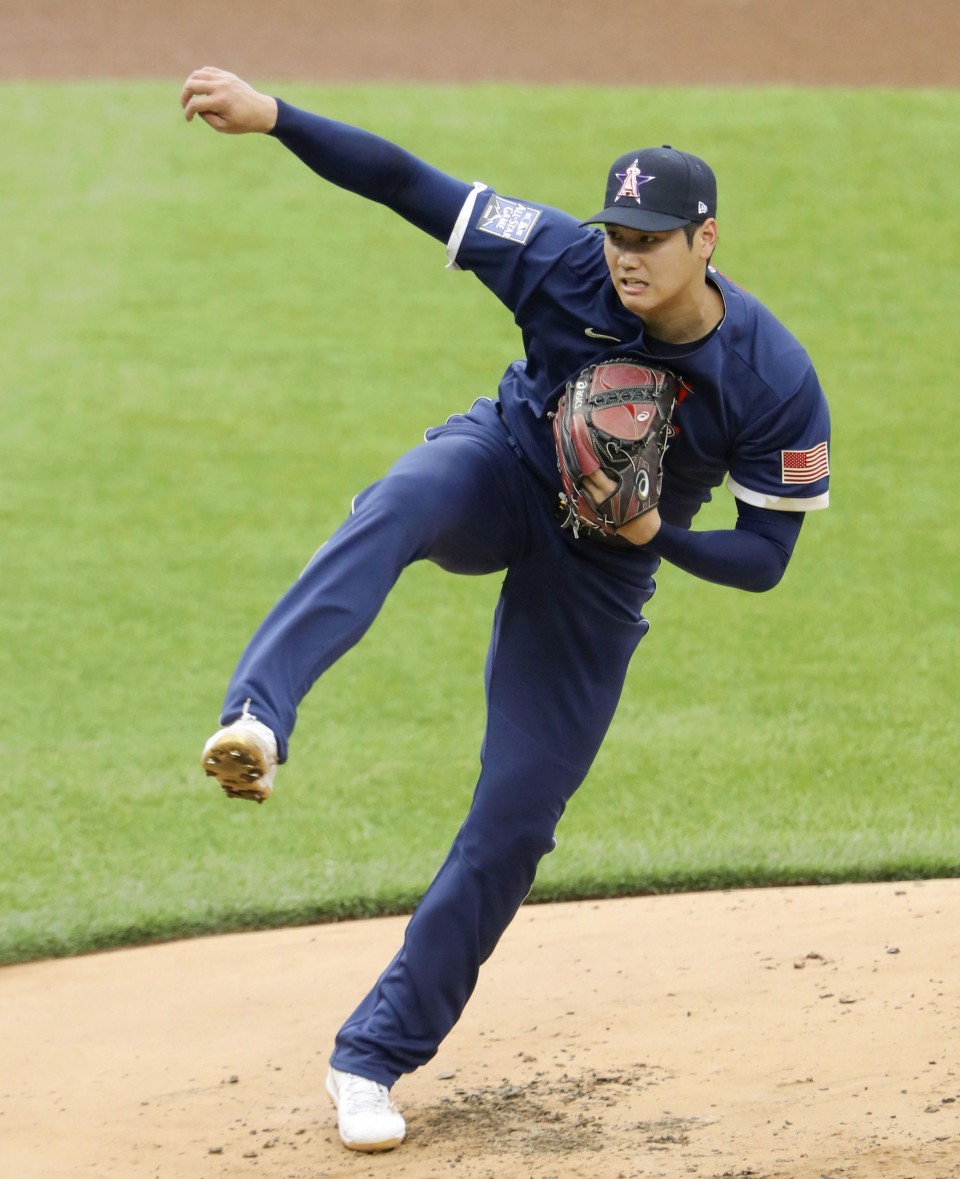 Acknowledging the differences in their careers and eras, Tosetti nonetheless hopes Ohtani will strive as her grandfather did to build connections with fans while pursuing achievements on the field.

"I claim that a lot of Babe's fame, and the reason he's still passed down from father to son and from mother to daughter, is because he was kind to his fans, and he was a good guy," she said. "The fans recognized this (along with) his records...Anytime I go out and (people) find out I'm Babe Ruth's granddaughter, I get smiles."

Ruth's outreach included a monthlong tour of Japan in 1934 with a team of American All-Stars such as Lou Gehrig and Jimmie Foxx, meant to promote friendship between the two nations through a series of exhibition games with Japan's best players.

His enduring impact is shown by the fact that Tosetti, who lives with her husband Andy in the eastern state of Connecticut, still receives many letters and cards from avid Ruth fans all over the world.

Amid the novel coronavirus pandemic, with people isolating at home to prevent further spread of the outbreak, she said the volume of fan correspondence increased and she dedicated more time to responding.

"Babe's fans are very near and dear to me," Tosetti said, while explaining it took her some time to get used to receiving attention because of her late grandfather. As the youngest of six children, she described herself as "an introvert" before settling into a role that allows her to meet sincere baseball fans from all walks of life.

"Players have to get back to the fans again, which they are," she added. "If Ohtani can come up and show off a bit, and have some fun, it's good for baseball."

"Look what my grandfather achieved in his career, imagine what Ohtani can do -- or make his own records, never mind chasing my grandfather."

"(Ohtani) shouldn't let Babe get in his head, from what other people tell him," Tosetti said. "He's a hard worker. God only knows what he can achieve."