U.S. President Joe Biden renewed his resolve to rally democracies to counter what he views as autocratic countries such as China as he marked six months in office on Tuesday.

"We are in a defining competition right now for the 21st century ...with China and many other nations," Biden said at the outset of the Cabinet meeting held at the White House.

"Many of these nations believe that autocracy is the future; that democracies cannot compete with autocracies because it's so hard -- things are moving so rapidly, technologically and otherwise, that democracies can't get the act together enough to get a consensus on how to move," the president said. "I reject that notion completely." 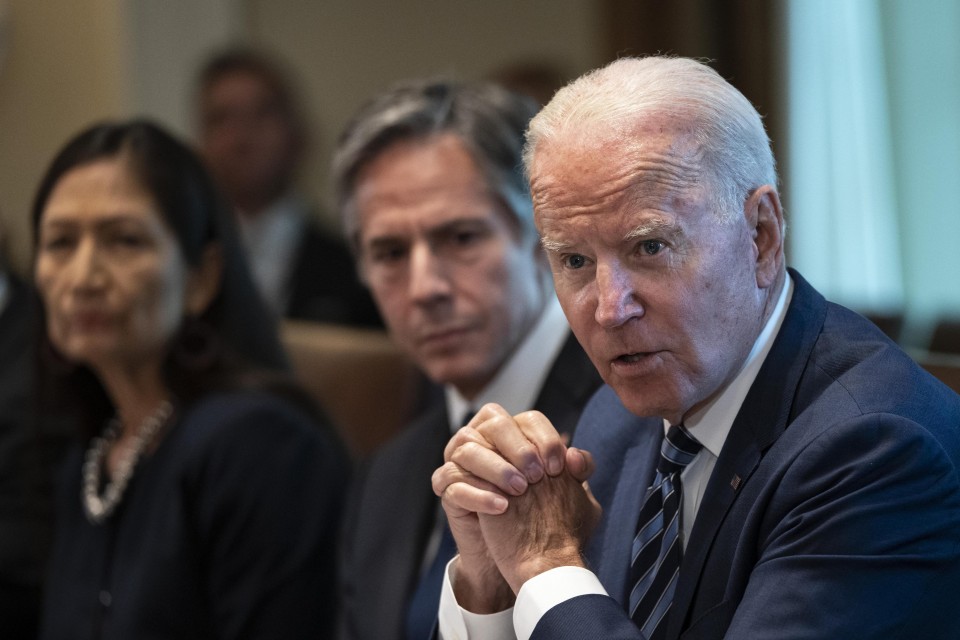 Since his inauguration on Jan. 20, Biden has worked to revitalize long-standing alliance relationships that have been undermined by his predecessor Donald Trump's unilateralist "America First" policy, calling for the need to build a "position of strength" with democracies to counter countries like China and Russia.

A cascade of summits Biden attended in June with the leaders of the Group of Seven industrialized nations, the European Union and the North Atlantic Treaty Organization has led to an "increasing convergence" with U.S. allies on views about China, according to Biden administration officials.

Biden also emphasized on Tuesday that the United States is helping vaccinate the world through vaccine donations, and is seeking to support the economies of other countries to grow, noting that doing so will also serve U.S. interests.

During the G-7 summit, the United States, Japan, Britain and other member countries agreed to launch a new infrastructure project for the developing world as an alternative to China's Belt and Road Initiative, a project critics say is intended to draw countries deeper into Beijing's economic orbit.

"I'm making it absolutely clear that democracy is more capable and America is back," Biden said at the Cabinet meeting, referring to his efforts to restore U.S. leadership on the global stage.