Death toll in Japan mudslide rises to 7, with 27 still missing

The death toll from a large mudslide in a central Japan city rose to seven on Tuesday, as local authorities continued their search in a race against the clock to find 27 people still unaccounted for three days after the disaster.

The initial 72 hours, considered a crucial period for finding survivors, elapsed at around 10:30 a.m. in Atami, Shizuoka Prefecture, where 1,700 firefighters, police and Self-Defense Forces personnel continued to remove debris and search mud-swamped houses.

The city government confirmed Tuesday the death of a man and two women, which brought the total death toll to seven. Of the victims, the local authorities have so far identified two women, but the other five have yet to be identified. 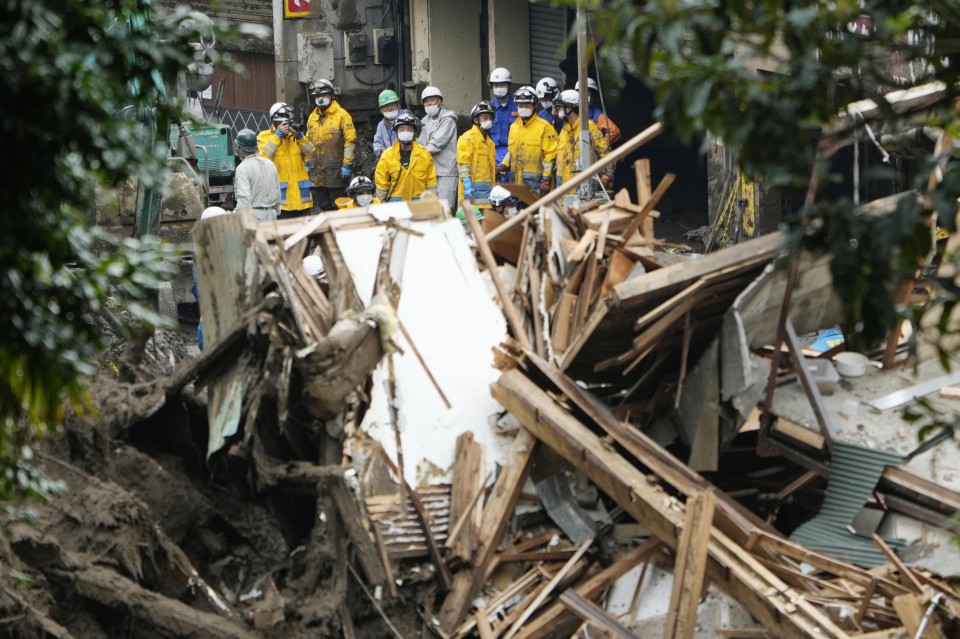 The local authorities had been trying to locate 64 people registered as residents in the affected area, a hot-spring resort town southwest of Tokyo. But they said the number of those unaccounted for dropped sharply after the list of the people was released.

The initial list may have included those who were no longer living at their registered addresses when the mudslide occurred Saturday, washing away 44 houses and damaging 78 others.

As of Tuesday evening, a total of 578 people were taking shelter in two local hotels and an elementary school.

The local government decided to keep 11 elementary and junior high schools closed along with four kindergartens as warnings against heavy rain and mudslides remained in place.

The agency said even a small amount of rain could trigger disasters in the Tokai region in central Japan, including Shizuoka Prefecture, as land may have already been saturated with rain from the past few days.

Central Japan Railway Co. on Tuesday briefly suspended services on the Tokaido Shinkansen Line between Odawara and Atami after receiving a warning of mudslides from firefighters, affecting some 20,000 passengers. Bullet trains continued to operate at a reduced speed near the mudslide site. 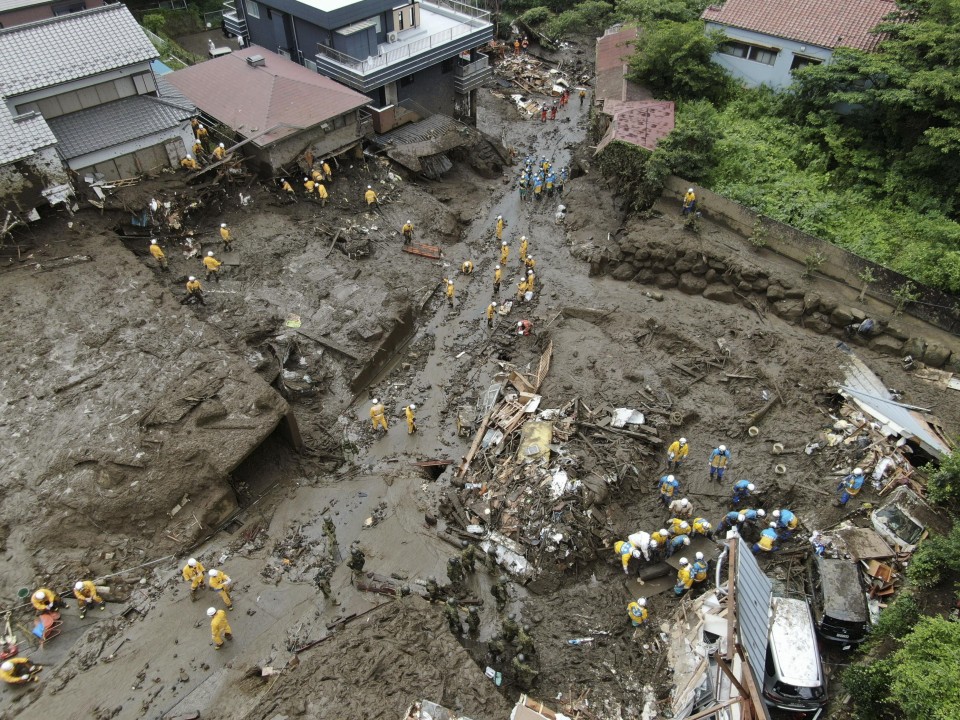 Local authorities suspect the massive Atami mudslide was exacerbated by about 54,000 cubic meters of soil which had been brought to a mountainside by a real estate management firm.

Some 100,000 cubic meters of soil in total, including the soil left by the company, collapsed into a nearby river, traveling a distance of about 2 kilometers.

A Shizuoka prefectural government official said authorities have so far found no illegality regarding the soil and they did not recognize it was in a dangerous state.

The central government decided to inspect land with soil accumulated for construction work across the country to ensure safety.

Land minister Kazuyoshi Akaba said in a press conference Tuesday in Tokyo, "We need to consider a thorough investigation" of housing land and other areas.