The International Olympic Committee said Wednesday the Refugee Olympic Team will currently not travel to Japan after an official with the delegation tested positive for the coronavirus.

The official had participated in the team's camp in Doha, attended by 26 of the 29 athletes, as well as 11 other individuals, ahead of the opening of the Olympics on July 23, according to the IOC. 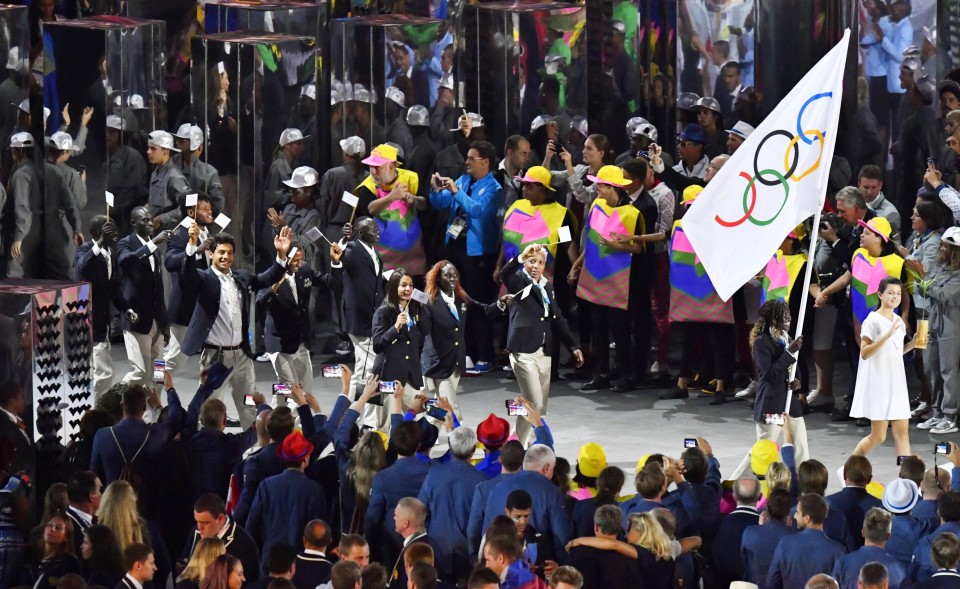 File photo taken in August 2016 shows the Refugee Olympic Team marching during the opening ceremony of the Rio de Janeiro Olympics at the Maracana Stadium. (Kyodo)

While the team was initially scheduled to arrive in Japan on Wednesday, the IOC said it has decided to delay the trip, and the athletes will continue training in Qatar for the Olympics while undergoing daily testing. Athletes and other officials have tested negative for the virus, according to the committee.

"The IOC, in cooperation with the Qatar Olympic Committee, is supporting the team and evaluating the situation," it said in the statement.

The Refugee Olympic Team in Tokyo will be nearly three times larger than the first-ever squad at the 2016 Rio de Janeiro Games. The athletes, originating from countries including Syria, Iran and South Sudan, will participate in 12 sports.

The arrival in Japan on Wednesday of two of the three athletes who did not take part in the training camp is unchanged, according to the IOC.