According to one judicial source, what lay behind those rulings, which dismissed Korean plaintiffs' demand for damages from Japanese government and corporations, was judges' personal "conviction" that is unrestrained by the political winds of the day.

On Monday, the Seoul Central District Court dismissed a damages lawsuit brought against 16 Japanese companies by 85 plaintiffs and their bereaved families who say they were made to work for them during Japan's 1910-1945 colonial rule of the Korean Peninsula. 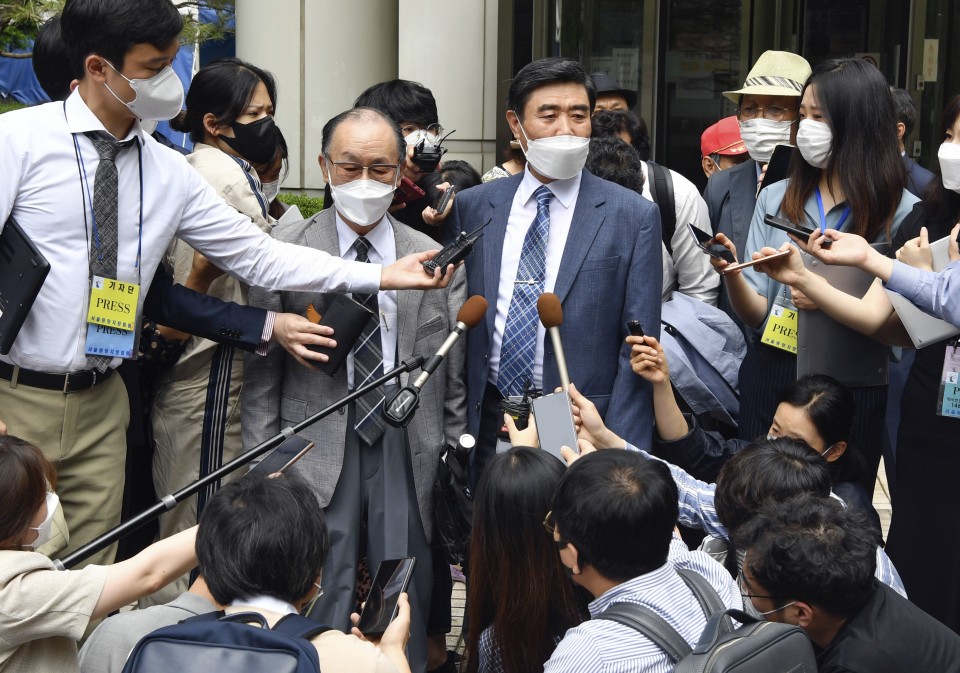 Plaintiffs speak to reporters after the Seoul Central District Court's dismissal of their wartime labor compensation lawsuit on June 7, 2021. (Kyodo)

The ruling was contrary to South Korean Supreme Court rulings in 2018 that had ordered two Japanese companies to compensate South Korean plaintiffs for wartime forced labor.

Presiding Judge Kim Yang Ho said that while the plaintiffs have not lost their right to claim damages as individuals under a 1965 claims settlement agreement signed alongside a treaty normalizing ties between the two countries, such a right cannot be exercised through lawsuits.

The decision was in line with the Japanese government's position that the issue of compensation was resolved "finally and completely" by the bilateral agreement, under which Japan provided South Korea with $300 million in grants and $200 million in loans.

The ruling said that if a compulsory execution for compensation follows a ruling in favor of the plaintiffs, and if an international court subsequently rules against South Korea over the case, that would damage the country's relations with Japan and the United States, and its national security.

The court went so far as to say that Japan's economic cooperation provided under the 1965 accord "greatly contributed to (South Korea's) economic growth."

It also cast doubt on the 2018 Supreme Court ruling's acceptance of the "illegality" of Japanese colonial rule, saying it is merely an interpretation under domestic law. 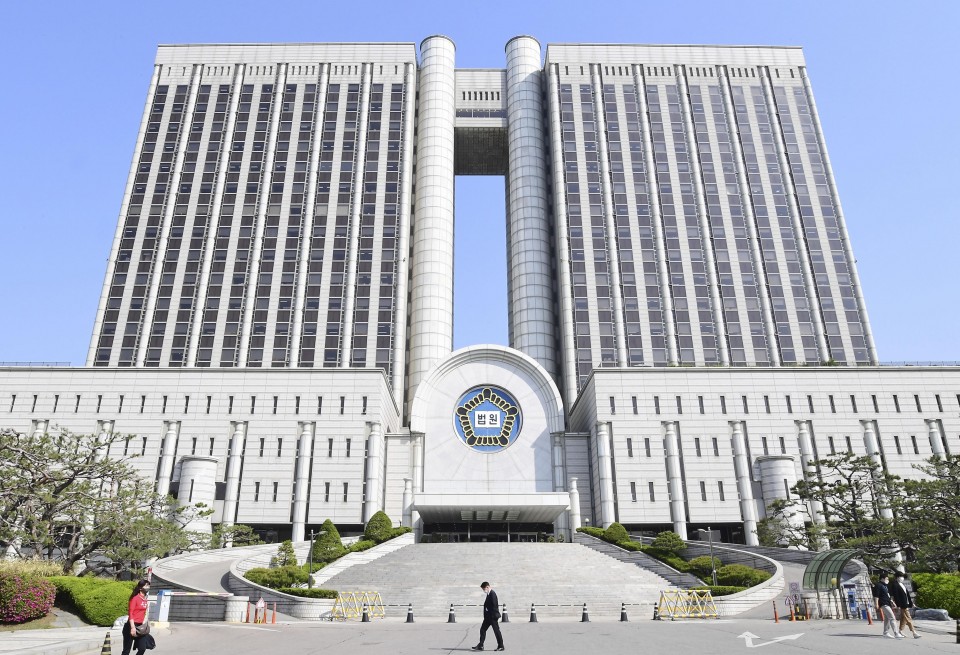 Photo taken in April 2021 shows the building in which the Seoul Central District Court is located. (Kyodo)

In January, another presiding judge at the Seoul court ordered the Japanese government to pay compensation to a group of Korean women who were forced to work in Japanese military brothels during World War II. That ruling was later finalized, with Japan declining to be involved in the case throughout.

But in March, the court decided not to approve seizure of Japanese government assets that was sought to pay legal costs, citing possible violation of international law. The judge who made the decision was Kim, the presiding judge in the wartime labor compensation case.

In April another presiding judge at the Seoul court dismissed a damages lawsuit brought against the Japanese government by former comfort women and their bereaved families.

The ruling also drew criticism from within the ruling Democratic Party of Korea, including former Prime Minister Chung Sye Kyun, a presidential hopeful.

A legal source close to the Japanese defendants in the case praised the ruling as "courageous."

Some point to disagreement that already existed within the Supreme Court over its 2018 decision, while others speculate that with the Moon administration already a lame duck with less than a year left in its term, the district court may have seen it no longer necessary to side with civic groups that form the support base of the ruling party.

The 2018 rulings stemmed from a May 2012 Supreme Court ruling that determined that individuals' right to claim damages was not terminated by the 1965 claims settlement agreement. The 2012 decision sent a wartime compensation case back to an appeals court.

The 2012 decision left the South Korean government, then under conservative President Lee Myung Bak, in a bind as it differed from Seoul's position at the time that the issue of wartime labor had been resolved with the economic cooperation from Japan.

With South Korean courts having routinely issued rulings that are not in line with the policies pursued by the sitting government, be it liberal or conservative, the South Korean judiciary is likely to remain an unpredictable factor in Japan-South Korea relations.