Naomi Osaka earned $60 million over the past 12 months, $23 million more than last year, as she maintained her place as the top-earning female athlete ever, Forbes said Wednesday.

The U.S. magazine, which releases a list of the top-earning celebrities every year, also said that the Japanese tennis star is ranked 12th among the world's 50 highest-paid athletes, up from No. 29 last year, in the newest ranking to be published on Friday.

Forbes says the 23-year-old, who recently withdrew from the French Open citing her struggles with depression, has over 20 sponsorship deals and $55 million of the $60 million she made in the 12-month period came from endorsement deals. 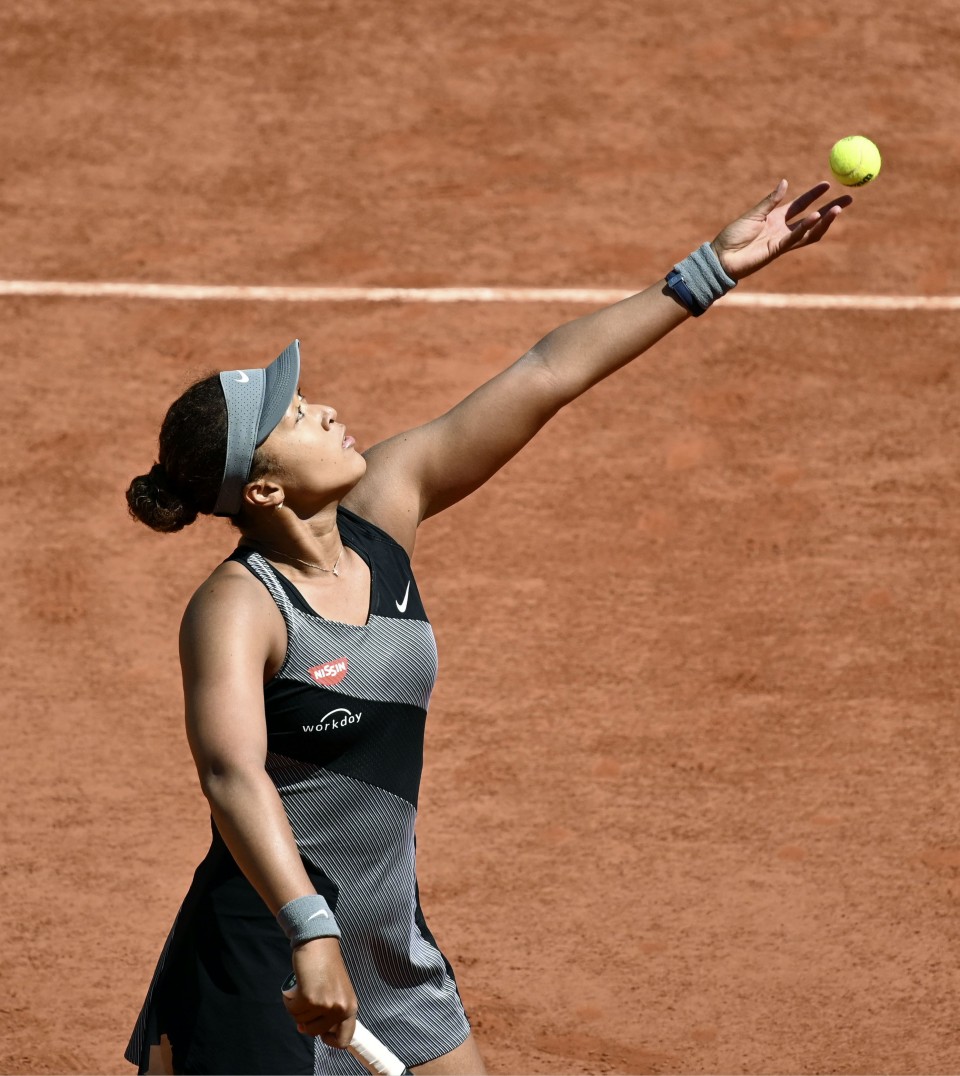 Naomi Osaka of Japan serves during her French Open tennis first-round match against Patricia Maria Tig of Romania at Roland Garros in Paris on May 30, 2021. (Kyodo) ==Kyodo

Prior to the French Open, Osaka announced that she would not be engaging with the media to protect her mental health and said she hoped the "considerable amount" that she expected to be fined would go toward a mental health charity.

Later, she was fined $15,000 by the Roland Garros referee for missing her first French Open press conference.

The revelation she has suffered "bouts of depression" since 2018 and her decision to take a break from competition would not deal a blow to her popularity or earning power, Forbes quoted a veteran marketing consultant and lecturer at Columbia University as saying.

"Where she comes out of this personally, as opposed to professionally, will hopefully be a good story that sponsors will want to be a part of."