Yokozuna Hakuho, who holds the all-time record of 44 top-division titles, pulled out of the upcoming Summer Sumo Grand Tournament on Friday and will miss a sixth straight basho, the equal third-longest injury absence by a grand champion in sumo history.

Hakuho will rank behind Kisenosato, who failed to complete eight straight grand tournaments for the longest absence for a yokozuna since the current six-tournament system was introduced in 1958, and Takanohana, who holds the second-longest such streak with seven consecutive tournament withdrawals. 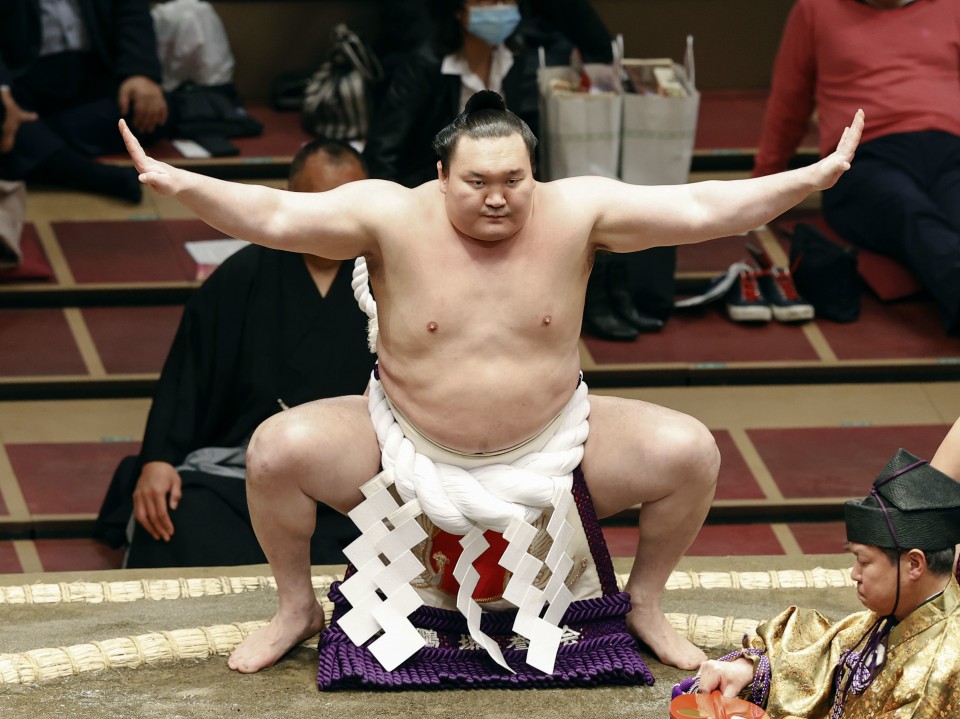 He joins Kashiwado, Kitanoumi, and Musashimaru who all missed six tournaments during their yokozuna careers.

Hakuho underwent knee surgery in March and had mapped out a plan to skip the summer meet and return to the dohyo at the Nagoya basho in July. There, the 36-year-old Mongolia-born wrestler will be expected to either perform at a high level or face a call to retire.

Last November, two grand champions, Hakuho and the now-retired Kakuryu, were given a warning for their lack of participation in recent tournaments by the Japan Sumo Association's yokozuna advisory body.

The stern warning had never before been issued to a top-ranked wrestler and it is second only to a retirement recommendation in severity. In March, sumo's governing body decided Hakuho will remain subject to the warning.