Japanese regional airlines Airdo Co. and Solaseed Air Inc. said Monday they will set up a holding company in October 2022 to merge their operations, in a sign of accelerating industry consolidation after the coronavirus pandemic battered travel demand.

As part of efforts to improve their financial standing, Airdo and Solaseed Air will try to reduce costs through joint aircraft maintenance and procurement of supplies. 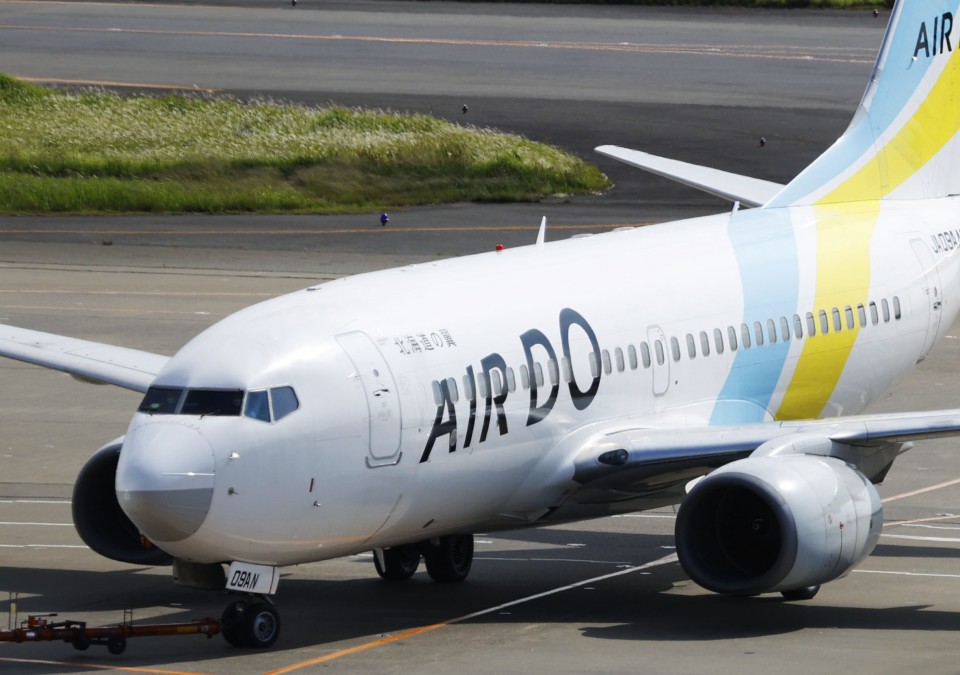 An Airdo Co. plane at Haneda airport in Tokyo. (Kyodo)

The two airlines also said they will raise 7 billion yen ($64 million) and 2.5 billion yen, respectively, in fresh capital, by issuing preferred shares to the state-backed Development Bank of Japan and regional banks.

Airdo, headquartered in Sapporo on the country's northernmost major island Hokkaido, and Solaseed Air, based in Miyazaki in the southwestern region of Kyushu, will maintain their company names and current flight routes after establishment of the holding company.

They have no plans to cut jobs and expect their balance of payments positions will improve by up to 5 billion yen within five years.

Solaseed Air President Kosuke Takahashi said at a press conference the two airlines "will make the most of our scale merit by deepening our cooperation." 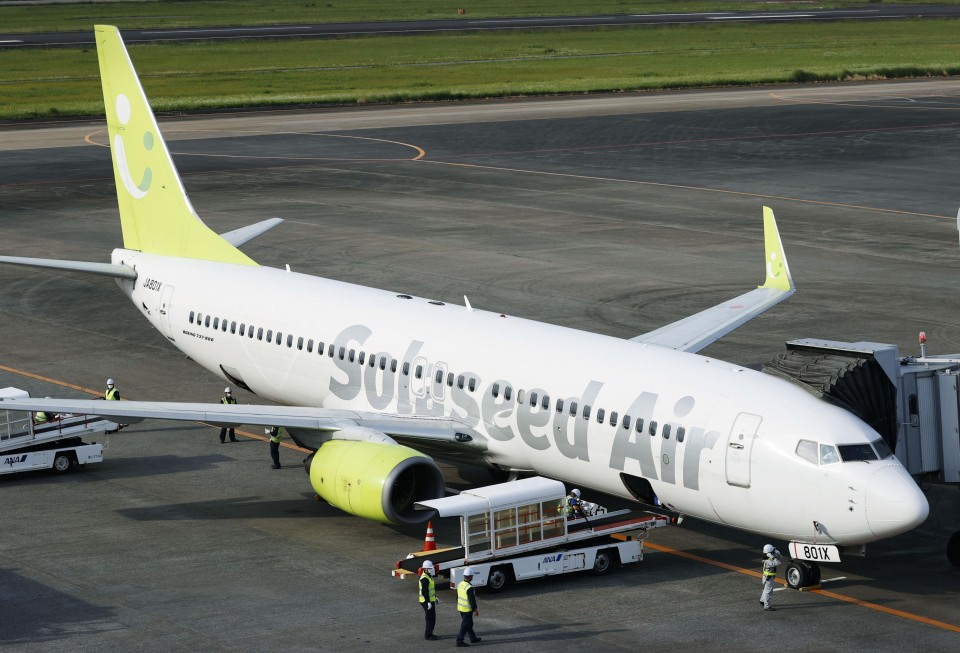 "As an airline based in the region, we will aim to achieve sustainable growth," Airdo President Susumu Kusano told the press separately.

The two airlines have accepted capital injections from the DBJ and ANA Holdings Inc. while expanding their businesses through code-sharing flights with the major Japanese carrier.

In the business year ended in March, Airdo and Solaseed Air incurred net losses of 12.18 billion yen and 7.69 billion yen, respectively, as air travel fell sharply due to the pandemic.

Airdo was established in 1996 as Hokkaido International Airlines Co. and revived its business with help from ANA after going bankrupt in 2002. It currently operates flights connecting cities in Hokkaido and Tokyo, Sendai, Nagoya and Kobe.

Solaseed Air, founded in 1997 as Skynet Asia Airways Co., accepted a bailout plan from the state-backed Industrial Revitalization Corp. to turn around its struggling business in 2004 and now operates flights on a total of 14 routes, including those linking the Kyushu region and Okinawa with Tokyo.