Among pieces of furniture and tableware fetching high prices in the Paris auction on Tuesday was a some 2,000-year-old wooden horse dating from China's Han dynasty which went under the hammer for around 41,600 euros by an European collector. 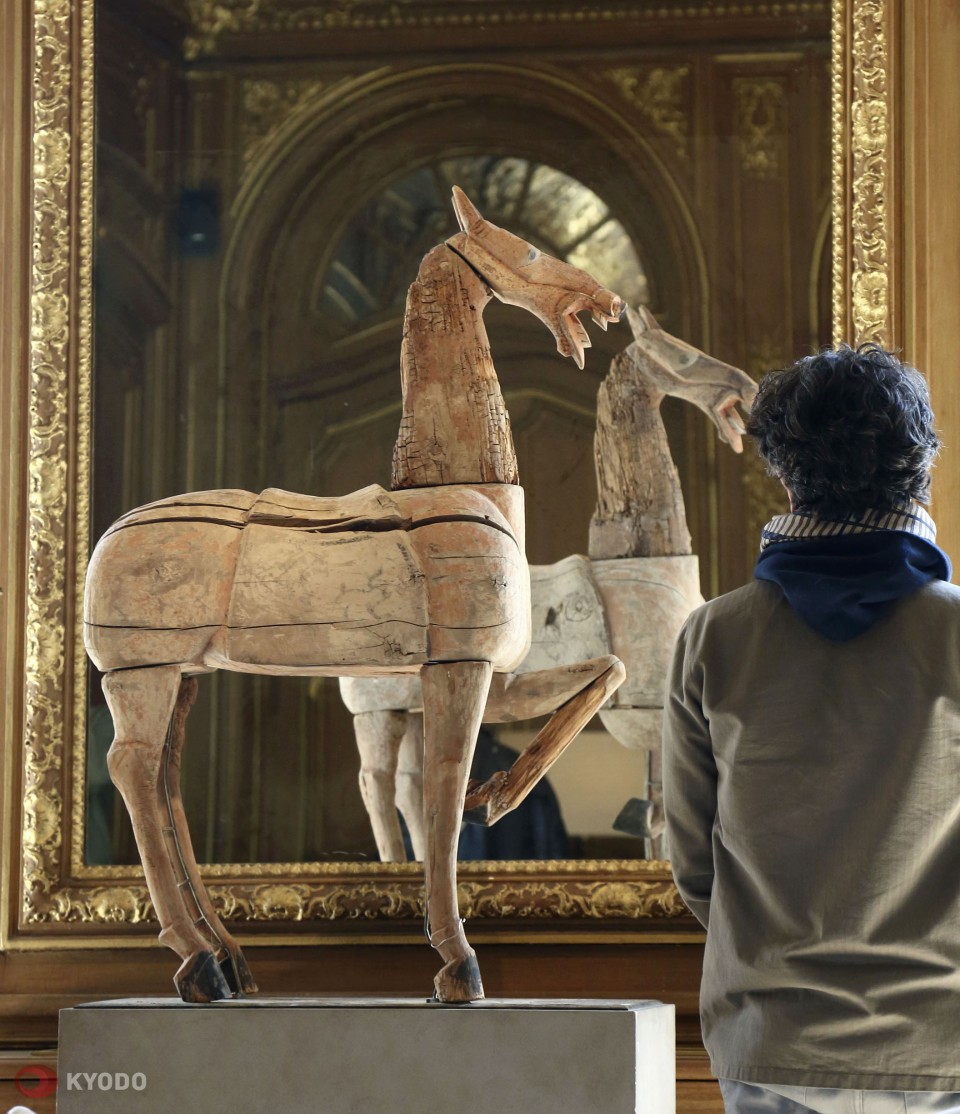 Photo taken in Paris on May 7, 2021, shows a wooden horse dating from China's Han Dynasty, owned by the late Japanese fashion designer Kenzo Takada, during a preview of an auction planned by French auction house Artcurial on May 11. (Kyodo)

In an online auction of Takada's original wardrobe creations that lasted through Wednesday, one item drew 3,380 euros compared with the expected 250 to 450 euros.

Stephane Aubert, Artcurial's auctioneer and associate director described the sale as "a final tribute to this multi-talented artist".

"The Kenzo collection reveals to us the eye of this genius in the world of fashion and interiors. As with his couture, he knew how to bring different cultures together in this Parisian apartment where he lived for the last 15 years of his life," he added. 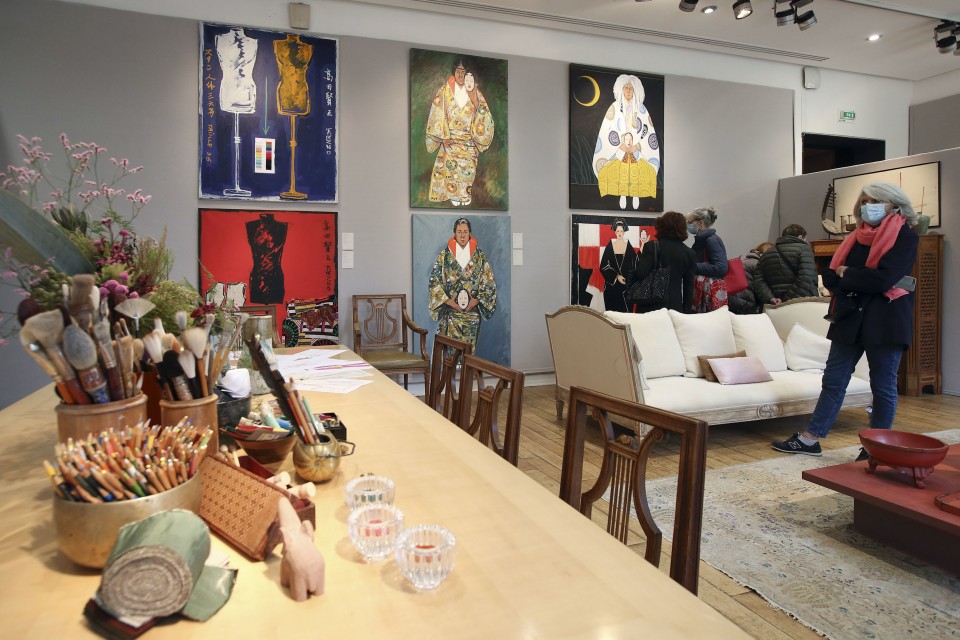 People look at paintings by the late Japanese fashion designer Kenzo Takada at a facility in Paris on May 7, 2021, during a preview of an auction planned by French auction house Artcurial May 11. (Kyodo)

Takada, who founded the Kenzo brand, died last October at the age of 81 after contracting the novel coronavirus in France.

Born in Japan's western prefecture of Hyogo, he moved to France in 1965 and opened a boutique in its capital five years later.

A piece on the cover of Elle magazine caught international attention, and his use of vivid colors and Japanese textiles continued to draw a global gaze from the early 1970s. 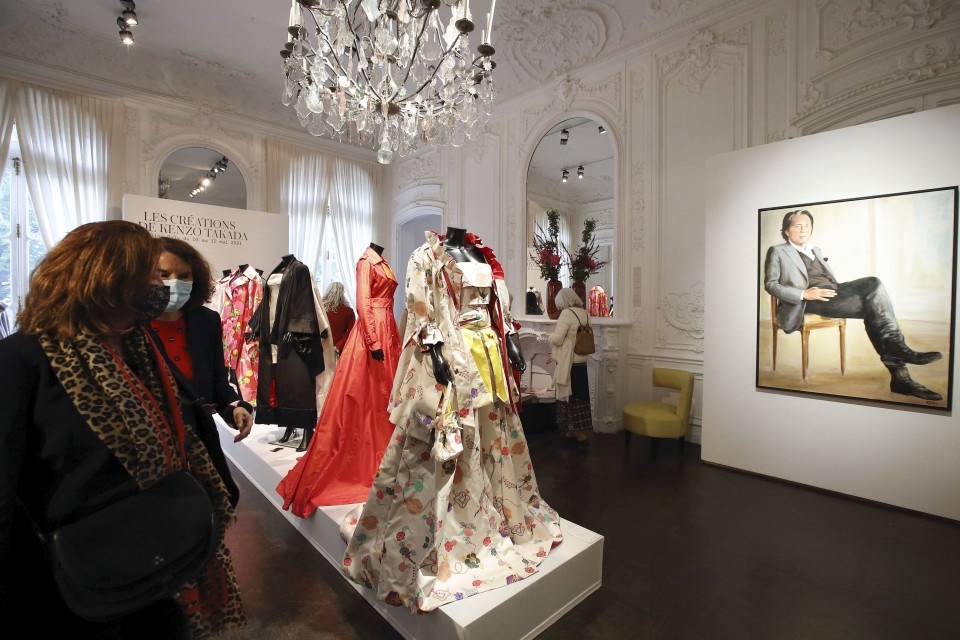 People look at dresses designed by the late Japanese fashion designer Kenzo Takada at a facility in Paris on May 7, 2021, during a public exhibition for an auction being held online by French auction house Artcurial May 3-12. (Kyodo)

He launched collections for men in 1983, but retired from the Kenzo brand after his Paris collection in 1999.

He was made a Knight of the Legion of Honor in France, and awarded the Medal with Purple Ribbon in Japan, an award for those who have contributed to academic and artistic developments.