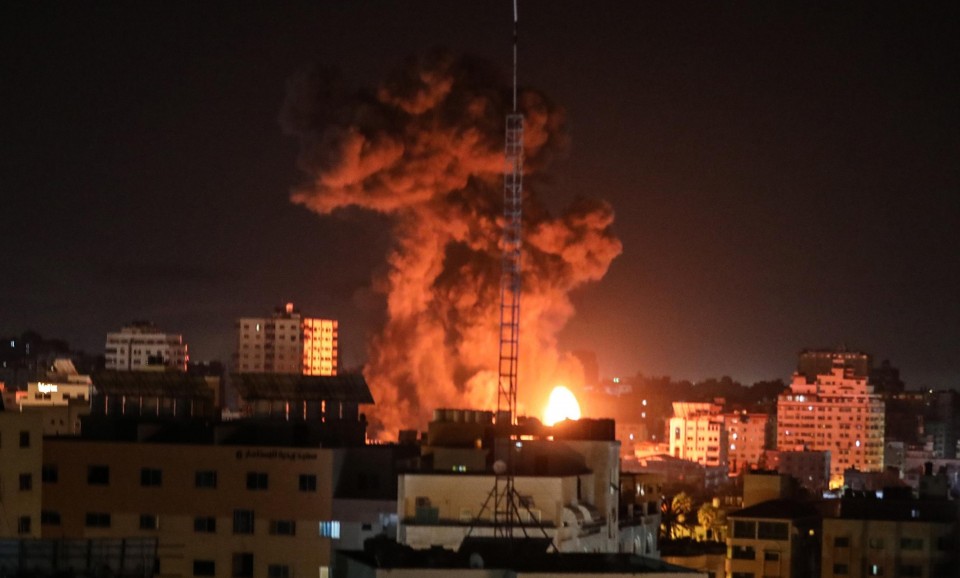 Japan urges nationals to evacuate from Gaza as conflict intensifies

TOKYO - The Japanese government said Monday it has urged its nationals in the Gaza Strip and surrounding areas to evacuate immediately as clashes between the Hamas militant group and Israel intensify.

The Foreign Ministry on Sunday raised its travel advisory to Gaza to the highest Level 4, which also warns Japanese people to avoid all travel to the areas regardless of purpose. The warning came as air raids by the Israeli military continue in response to rocket attacks by Hamas, which effectively controls Gaza.

TOKYO - Japan's top court on Monday ruled in favor of around 500 plaintiffs in four suits seeking damages from the state over diseases contracted by construction workers following exposure to asbestos.

In the first unified judgment handed down by the Supreme Court over the suits, the ruling said the government was negligent in its duty to protect workers from contracting lung cancer and other diseases linked to asbestos.

HONG KONG - Pro-democracy media mogul Jimmy Lai and nine other activists on Monday pleaded guilty in a Hong Kong court to inciting and organizing an unauthorized assembly, expecting to be given more jail terms in one of a string of prosecutions lined up against the city's political opposition.

The group was charged with organizing and inciting the public to join in a march and rally on Oct. 1, 2019, on Hong Kong Island at the height of the monthslong anti-government protests that stemmed from a government-proposed China extradition bill.

TOKYO - Three of five major Japanese banking groups saw their net profits decline in fiscal 2020 due to rising credit costs amid the prolonged coronavirus pandemic, according to earnings results released by Monday.

The costs including provisions for loan losses totaled 1.15 trillion yen ($10.5 billion) at the five lenders for the year that ended in March, up about 80 percent from the previous year. But the combined net profits of the five climbed 1.6 percent to 2.03 trillion yen.

Thailand confirms 9,635 new virus cases, with many among prisoners

BANGKOK - Thailand said on Monday it confirmed 9,635 new coronavirus cases as of Sunday with 6,853 of them found in 15 prisons across the country.

The country also reported 25 new deaths as of Sunday. The total cases reached 111,082 and the fatalities 614.

"China will continue to make a contribution to the fairness and accessibility of vaccines in developing countries," Foreign Ministry spokesman Zhao Lijian told reporters.

TOKYO - Tokyo stocks retreated Monday on persistent worries about the coronavirus situation in Japan and other parts of Asia.

NAGOYA - The family of a Sri Lankan woman who died after being detained for overstaying her student visa visited a central Japan immigration facility Monday to hear from officials about the circumstances leading up to her death.

Ratnayake Liyanage Wishma Sandamali, 33, who was being held at the Nagoya Regional Immigration Services Bureau in Aichi Prefecture, died on March 6 after complaining of stomach pain and other symptoms from mid-January.