French Open organizers have fined Naomi Osaka $15,000 and threatened to disqualify her from the tournament after the world No. 2 skipped a press conference following her first-round victory Sunday over Romania's Patricia Maria Tig.

In a lengthy statement, the board of the four Grand Slam tournaments said Osaka had been fined for refusing to "honor her contractual media obligations" and faced suspension or expulsion from the event if she continued to snub the press. 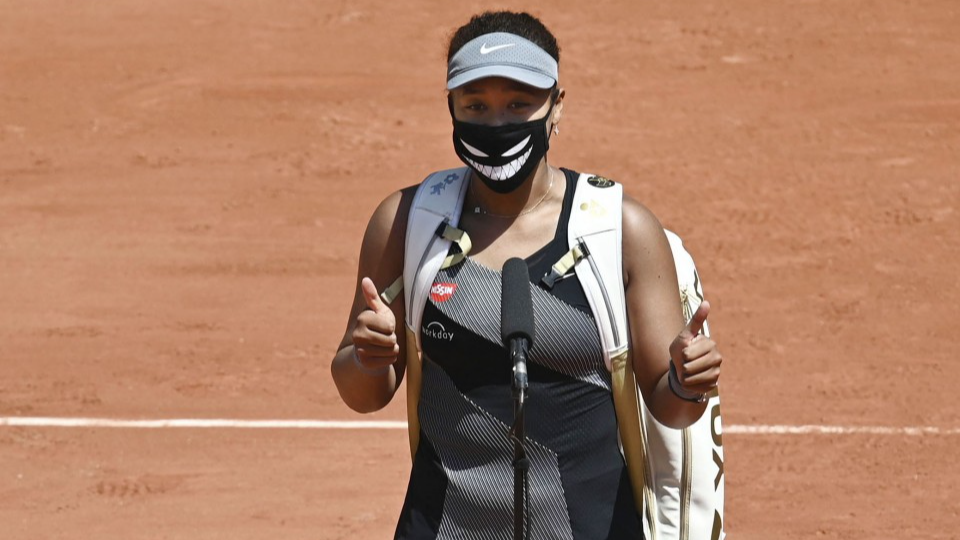 Naomi Osaka of Japan has a post-match interview on the court after her French Open tennis first-round win over Patricia Maria Tig of Romania on May 30, 2021, at Roland Garros in Paris. (Kyodo) ==Kyodo

In a post on Twitter the same day, she wrote, "anger is a lack of understanding. change makes people uncomfortable."

The 23-year-old winner of four Grand Slams announced on social media before the French Open that she would be skipping news conferences for the sake of her mental well-being, likening journalists' questions to "kicking a person while they're down."

Osaka is scheduled to face Romania's Ana Bogdan in the second round.

anger is a lack of understanding. change makes people uncomfortable. 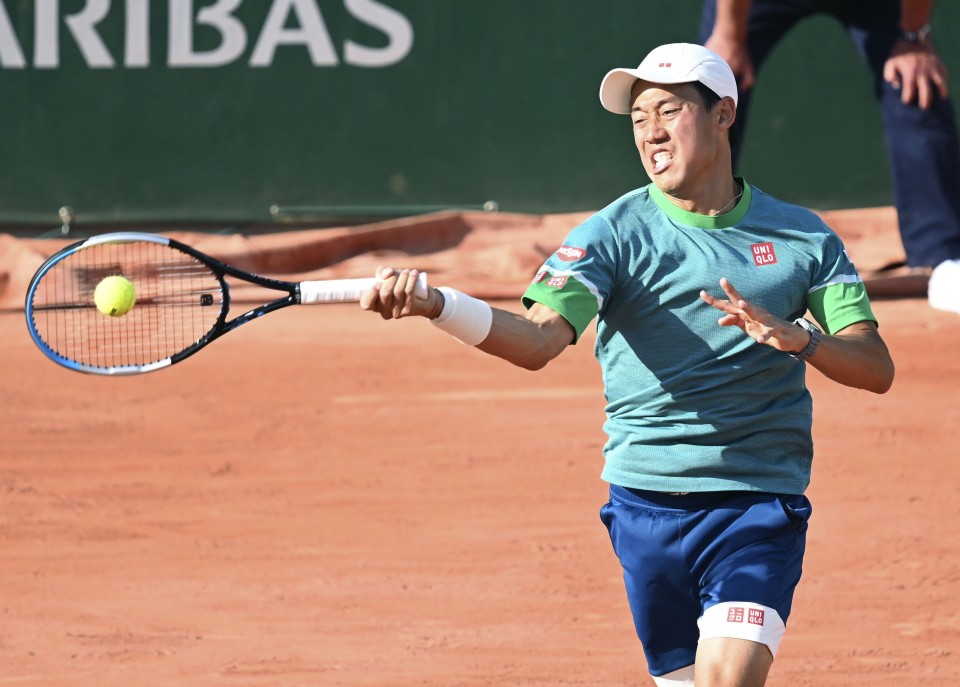 Kei Nishikori of Japan plays against Alessandro Giannessi of Italy in the first round of the French Open tennis tournament at Roland Garros in Paris on May 30, 2021. (Kyodo) ==Kyodo

After going down 4-2 in the deciding set, the former world No. 4 battled back to avoid an upset against Giannessi, a qualifier making his first appearance in the Roland Garros main draw.

"The way he fought and the way he played was incredible. I have to give credit to him," Nishikori said.

When asked about his Japanese compatriot Osaka, Nishikori said skipping interviews was not ideal, but he understood her situation.

Currently ranked 49, the 31-year-old Nishikori has been working his way back up the rankings after missing most of last year following elbow surgery.

He will play Russian 23rd seed Karen Khachanov in the second round.