A mascot launched by the Japanese government to coincide with its decision to release treated water from the crippled Fukushima Daiichi nuclear power plant into the ocean has become the target of criticism by local residents, with many saying it is out of sync with the harsh reality of the situation.

The Reconstruction Agency on Tuesday released a flyer and video on its website featuring the radioactive substance tritium as a cute character to dispel concerns about the government's decision, but they were removed Wednesday night following the criticism. 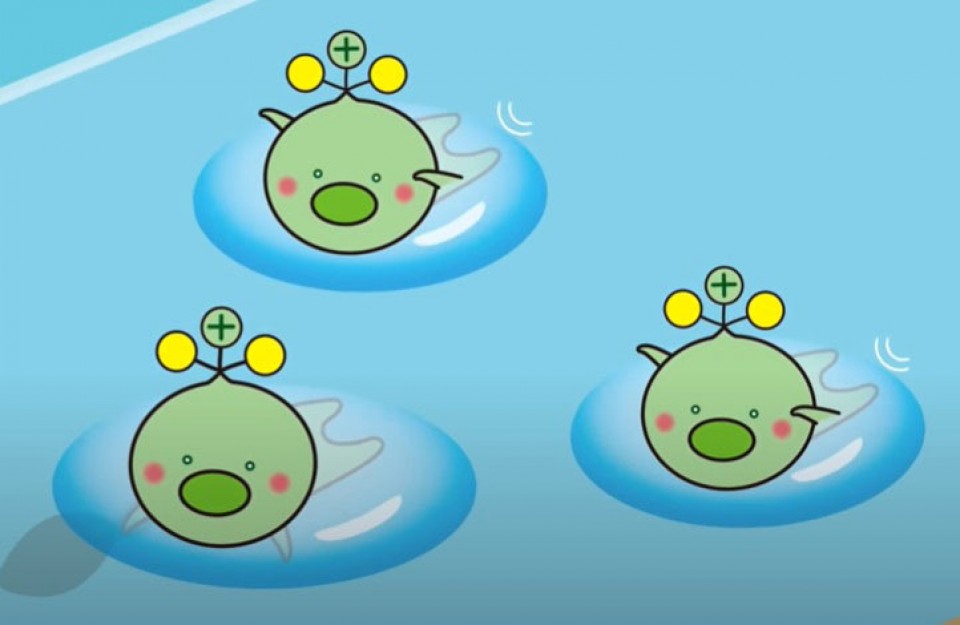 "Nuclear power plants are highly specialized and difficult to understand. We want many people to take an interest in them," said an agency official, adding the mascot would be redesigned in line with the views of the public.

According to the official, advertising giant Dentsu Inc., which was contracted by the agency for the campaign, commissioned an illustrator to create the mascot.

The water is being treated using an advanced liquid processing system, or ALPS, which removes most radioactive materials including strontium and cesium but leaves behind tritium, an isotope of hydrogen said to pose little health risk in low concentrations.

In the flyers and video, the character explains that ocean release of water containing tritium is standard practice at nuclear power plants around the world.

"It seems the government's desire to release the water into the sea takes priority over everything. We fishermen can't understand it," said Katsuo Watanabe, an 82-year-old fisherman from Iwaki, Fukushima Prefecture.

Riken Komatsu, 41, a writer involved in reconstruction activities in Iwaki, tweeted, "If (the government) thinks it can get the general public to understand just by creating a cute character, it is making a mockery of risk communication."

Komatsu told Kyodo News that local fishermen are doing all they can to fight against the release of the water containing tritium into the sea, with many Fukushima residents trying their best to suppress their anger.

"The gap between the gravity of the problems we face and the levity of the character is huge," he said.