The Japanese government stresses the release of accumulating water used to cool melted nuclear fuel at the crippled Fukushima power plant will be regulated in line with international standards, but concerns remain among consumers, fishermen and environmentalists over the impact on marine products.

The concerns are in no small part rooted in persistent distrust among the Japanese public toward the government and the plant operator, Tokyo Electric Power Company Holdings Inc., with criticism centering on a lack of credible explanation on the safety of the water processed to remove all contaminants except radioactive tritium as well as on intended countermeasures against reputational damage on marine products, analysts said. 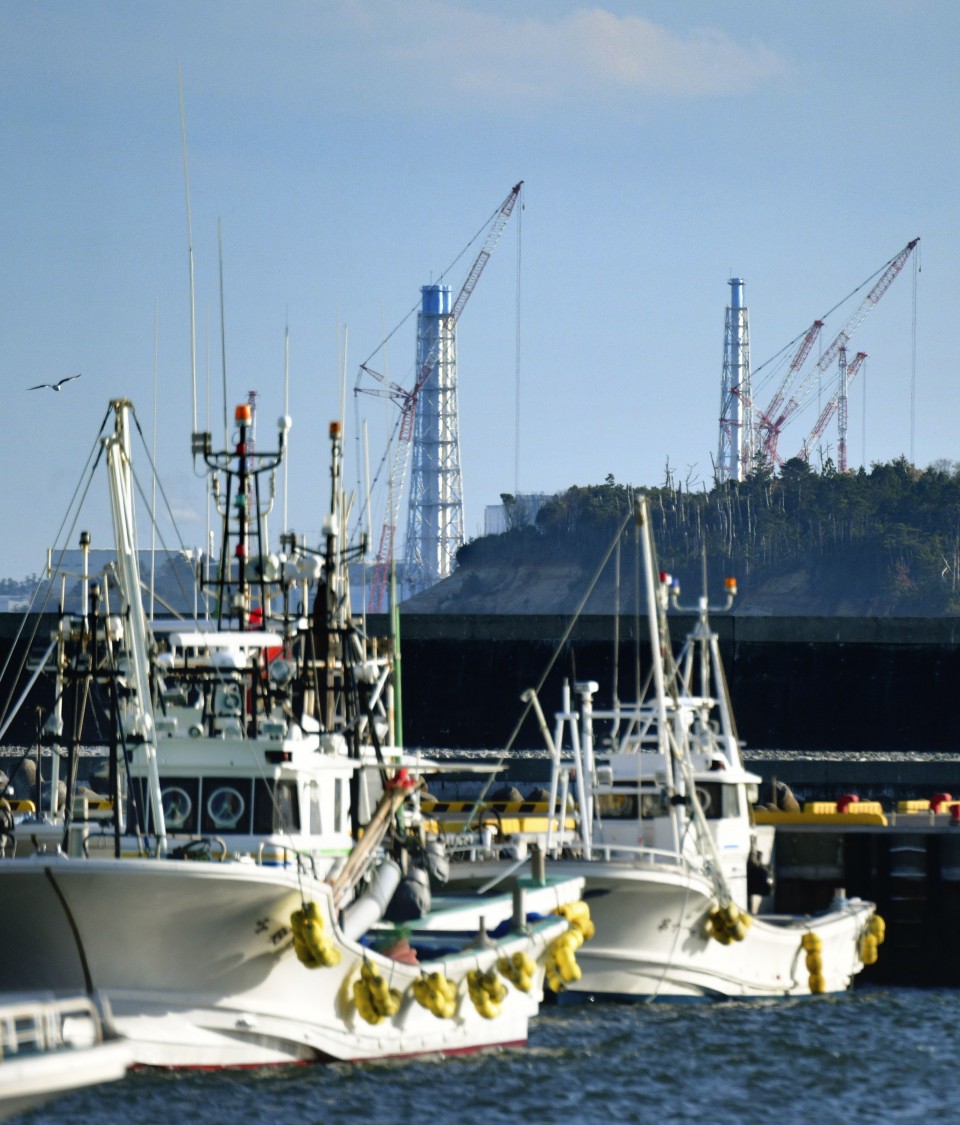 The government and TEPCO say the discharge of the filtered and diluted water containing tritium is vital in moving forward the decades-long process to scrap the Fukushima Daiichi complex and thus to the recovery of Fukushima.

TEPCO, which will take charge of the water release under the policy decided by the government Tuesday, has also come under fire recently for a series of safety problems, including an incident that came to light in February involving two broken seismometers installed at a reactor of the Fukushima complex which had been left unrepaired.

The company is set to be effectively banned by Japan's nuclear regulatory body from restarting its Kashiwazaki-Kariwa nuclear plant in Niigata Prefecture on the Sea of Japan coast for around a year and a half after 15 locations at the complex were found to be vulnerable to unauthorized entry since March last year due to defective intruder detection systems and backups.

"We cannot help but have strong concerns about relying on TEPCO to guarantee safety (of releasing the treated water) following the recent spate of misconduct," Hiroshi Kishi, head of the national federation of fisheries cooperatives, told reporters last week after meeting Prime Minister Yoshihide Suga and conveying his organization's strong opposition to dumping the water into the sea.

The series of misconduct came on top of an incident at the Kashiwazaki-Kariwa complex in which a TEPCO employee used a colleague's ID pass last September to enter the central control room without authorization.

The local fisheries industry says it is worried about further reputational damage to its products even if the government promises countermeasures such as publicizing that only food proven safe is shipped to consumers. 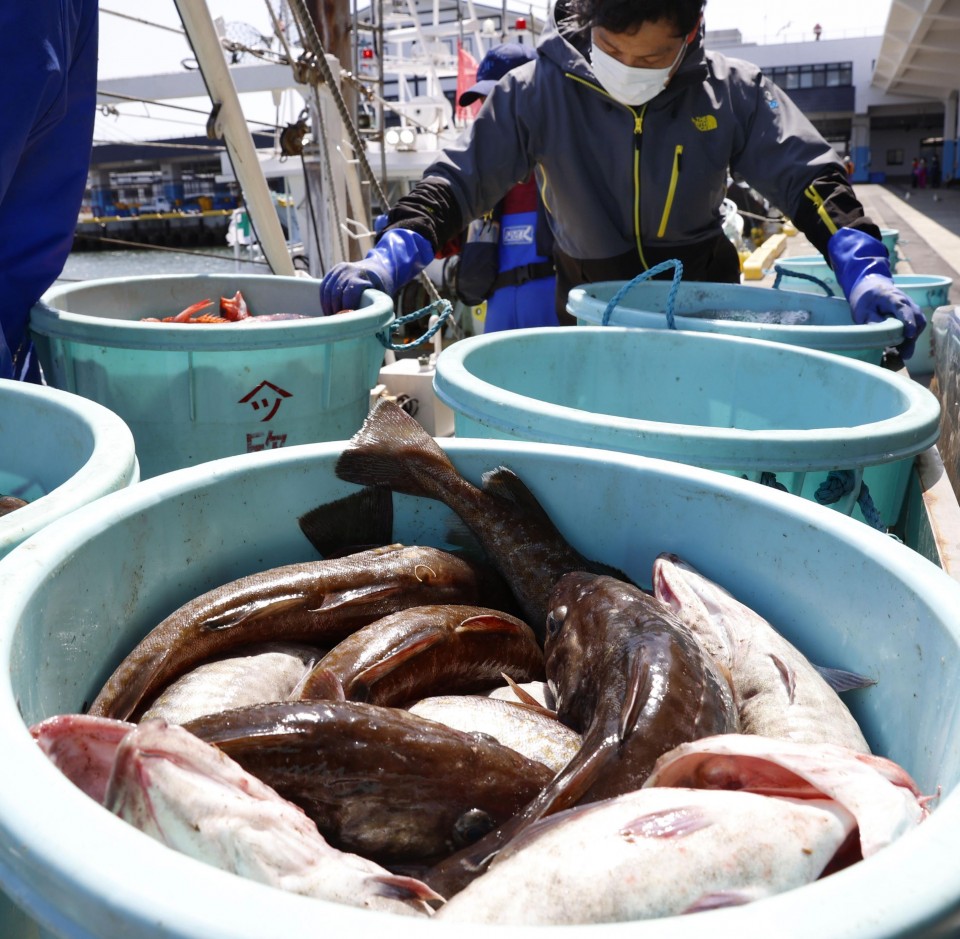 "The government may allocate budgets on measures against reputational damage, such damage will not disappear easily. All what we have done to resume fishing was for nothing," said a man in his 50s who works in the fishery industry in the town of Namie near the Fukushima power plant.

The government's decision to discharge the treated water into the sea comes at a crucial time for the fisheries industry in the area, which has been banned from operating off the eastern Japan prefecture.

The local fishermen have just ended at the end of March test operations limiting days and areas of operations and were about to gradually start easing restrictions on fishing from April.

"Even if we insist that our fish are 'safe,' how the consumer feels is another issue. I am also worried about how people overseas would react to it," said Toru Takahashi, chairman of a fisheries group in Fukushima.

The total catch off Fukushima in 2020 remained less than 20 percent of that in 2010, a year before the disaster.

Some environmental groups assert it is wrong to say tritium-containing water poses little risk to human health when it is not proven. The government says that releasing water with a low concentration of tritium into the sea is a practice conducted by nuclear power plant operators around the world.

Masashi Goto, a member of the Citizens' Commission on Nuclear Energy, a group comprising academics and nuclear experts, says there is no uniform international standard on a level of tritium deemed safe for release into the environment. 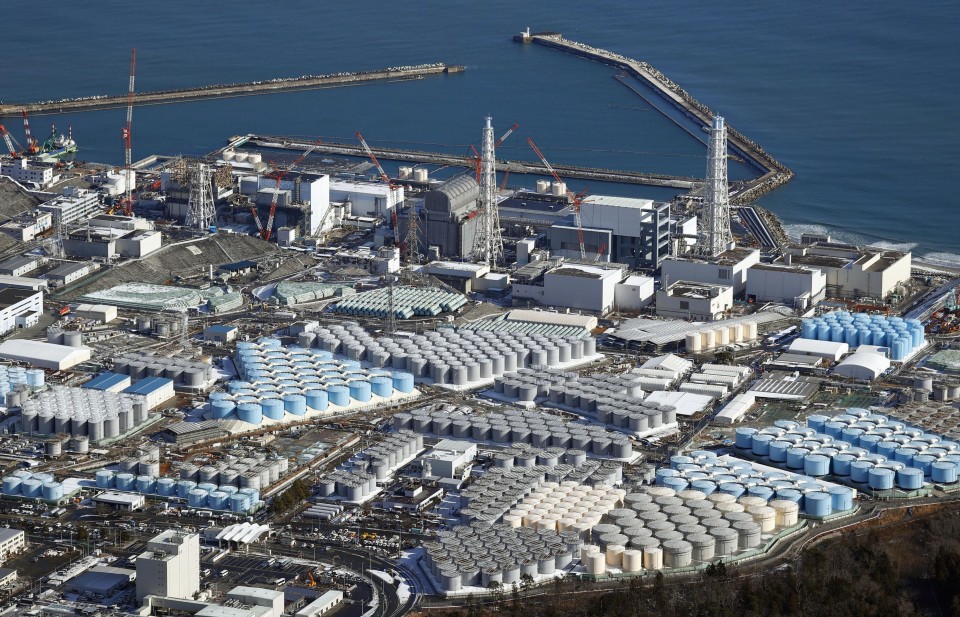 "Such significant differences in the standards across countries prove that there is no scientific foundation for the safety of tritium," Goto said, adding many countries have merely set standards because they needed to run nuclear power plants, which produce tritium as a byproduct.

"The government and TEPCO are responsible for releasing a massive amount of radiation into the environment in the wake of the Fukushima disaster, though the exact amount remains unclear," Goto said. "They cannot be allowed to further discharge radioactive materials into the environment."

The Citizens' Commission on Nuclear Energy said Monday it collected 64,431 signatures from 88 countries and regions in a petition to the government against the release of treated water into the ocean.

The storing of processed water used to cool down melted fuel is filling up all the tanks at the complex, and TEPCO will eventually need to make room for keeping melted fuel debris to be extracted from the reactors.

It remains unclear when the debris can be taken out given the high radiation levels and how it would be stored, critics say. The roadmap to scrap the complex by 2041 to 2051 is being questioned after a series of delays in the process.

"The government says that the accumulation of treated water will hinder efforts to take out debris and thereby delay the decommissioning process, but retrieval of debris is impossible in the first place," said Tetsuro Tsutsui, another member of the Citizens' Commission on Nuclear Energy, calling for a review of the roadmap.

"The decision to release treated water into the sea comes as part of the government's attempts to minimize the impact of the Fukushima crisis and show that the process to dismantle the complex is moving according to the roadmap," Tsutsui said.