China on Wednesday asked Japanese Deputy Prime Minister Taro Aso to drink treated radioactive water accumulated at the crippled Fukushima Daiichi nuclear power plant, after he said it is safe to drink it.

"A Japanese official said it is okay if we drink this water, so then please drink it," Chinese Foreign Ministry spokesman Zhao Lijian told reporters, adding Japan's ignorance of the ecological environment is "totally unjustifiable." 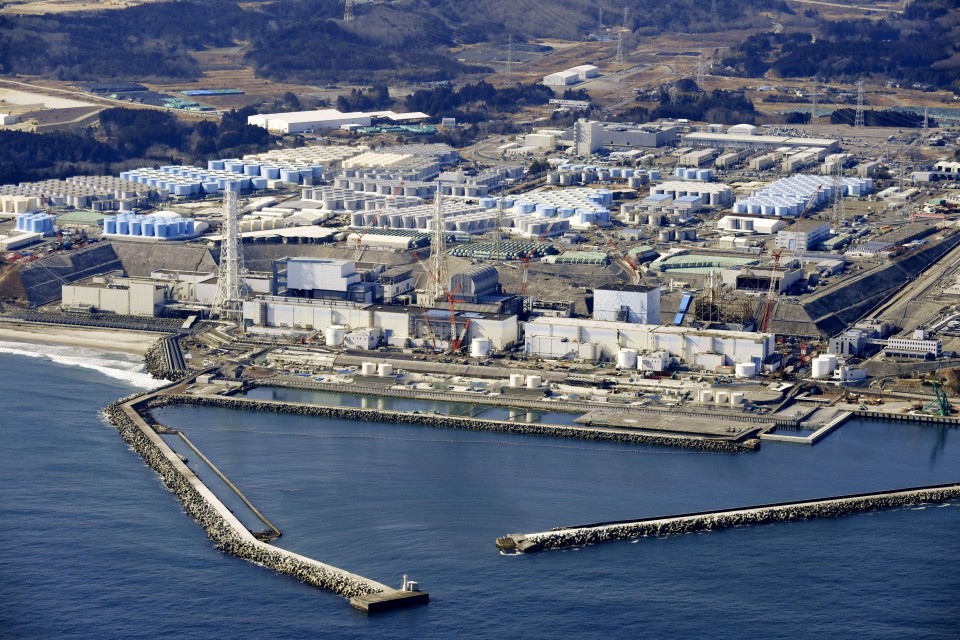 Photo taken from a Kyodo News helicopter on Feb. 13, 2021, shows tanks at the crippled Fukushima Daiichi nuclear power plant storing treated radioactive water from the plant. The Japanese government decided on April 13, 2021, to release the water into the sea despite the worries of local fishermen. (Kyodo) ==Kyodo

On Tuesday, the Japanese government decided to release the treated water into the sea from the plant in two years, a major development following more than seven years of discussions on how to discharge the water used to cool down melted fuel there.

Aso, a former prime minister who has often made controversial remarks since he became deputy prime minister and finance minister in 2012, said at a press conference on Tuesday, "I have heard that we will have no harm if we drink" the treated water.

Zhao said, "Japan's Minamata disease happened not far away and the pain of the local victims has yet to be healed," referring to one of the four big pollution diseases in the country.

Minamata disease, which paralyzes the human central nervous system and triggered birth defects, was caused by mercury-tainted water dumped into the sea by a Chisso Corp. chemical plant in the city in Kumamoto Prefecture, southwestern Japan.

The disease, affecting thousands, was formally acknowledged by the local health authority in 1956.

"Japan should not forget the historical tragedy," Zhao said, urging Prime Minister Yoshihide Suga's government not to release the treated radioactive water into the sea "without permission" from other nations and the International Atomic Energy Agency.

Japanese officials, however, have pointed out some other countries operating nuclear power plants, including China and South Korea, have released treated radioactive water from reactors there into the environment.