The coronavirus pandemic has brought significant economic impacts in Japan, with the widening gap between the rich and the poor being a prime example.

The pandemic has cost many jobs, especially in the dining and travel industries, while stock and other asset markets are booming on the back of global monetary easing. 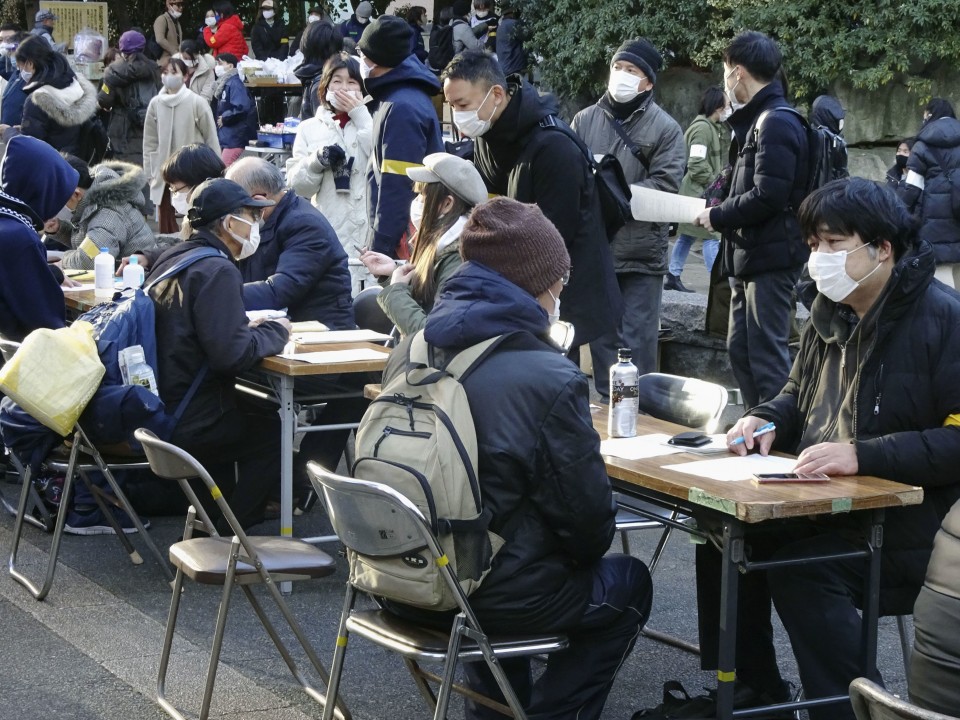 "Despite a lack of exuberance at the store, we experienced very high sales," the buyer said, recalling the situation after the government lifted the country's first state of emergency over COVID-19 last May.

Main customers were the store's wealthy regulars and the so-called "new rich," including young managers of information technology firms and YouTubers who increased their earnings by taking advantage of the pandemic.

Such customers apparently had already chosen what to shop during the stay-at-home period and just wanted a final check of shapes and weights of the goods at the store.

Jewelry worth several million yen was sold on the fly, the buyer said.

"Buying things whenever they want is what we call rich people," said a person involved in the auto industry. "Situations around them do not necessarily affect them."

Such measures briefly lifted the 225-issue Nikkei Stock Average above the 30,000 line for the first time in over 30 years. Cryptocurrencies such as Bitcoin also surged, prompting some market participants to be alert against potential asset-inflated bubbles.

Hiroyuki Miyamoto, a partner and chief consultant at the Tokyo-based think tank, said the company is likely to make a similar estimate for 2020 because higher stock prices offset the economic impact from the COVID-19 pandemic.

Meanwhile, the pandemic took a toll on nonregular workers, many of whom work in service sectors.

"I couldn't have imagined a year ago that I would come to such a place," a 49-year-old unemployed man said in December as he received food from an aid group at a park in Tokyo's Ikebukuro district.

The man lost his job at a restaurant where he had worked for years.

The number of regular employees rose 360,000 in 2020 from a year earlier, but that of nonregular workers dropped 750,000, according to Ministry of Internal Affairs and Communications data.

The result indicated that companies adjusted employment by cutting nonregular staff to survive the pandemic-hit economy.

Ryutaro Kono, chief economist at BNP Paribas Securities (Japan) Ltd., said the unstable nonregular employment is one of the reasons for the slow economic recovery in recent years.

If consumer spending becomes sluggish as nonregular workers cut expenditures on fears of being laid off in recessions, "The recovery of the Japanese economy will continue to be lackluster," Kono warned.