The Japanese government extended the COVID-19 state of emergency covering the Tokyo metropolitan area by two weeks on Friday, having decided the situation has not improved enough to end it this weekend as planned.

The extension to March 21 is the second since Prime Minister Yoshihide Suga declared the emergency in early January, coming as health experts have warned that a premature exit could lead to a resurgence in infections and put further strain on hospitals with less than five months until the Summer Olympics. 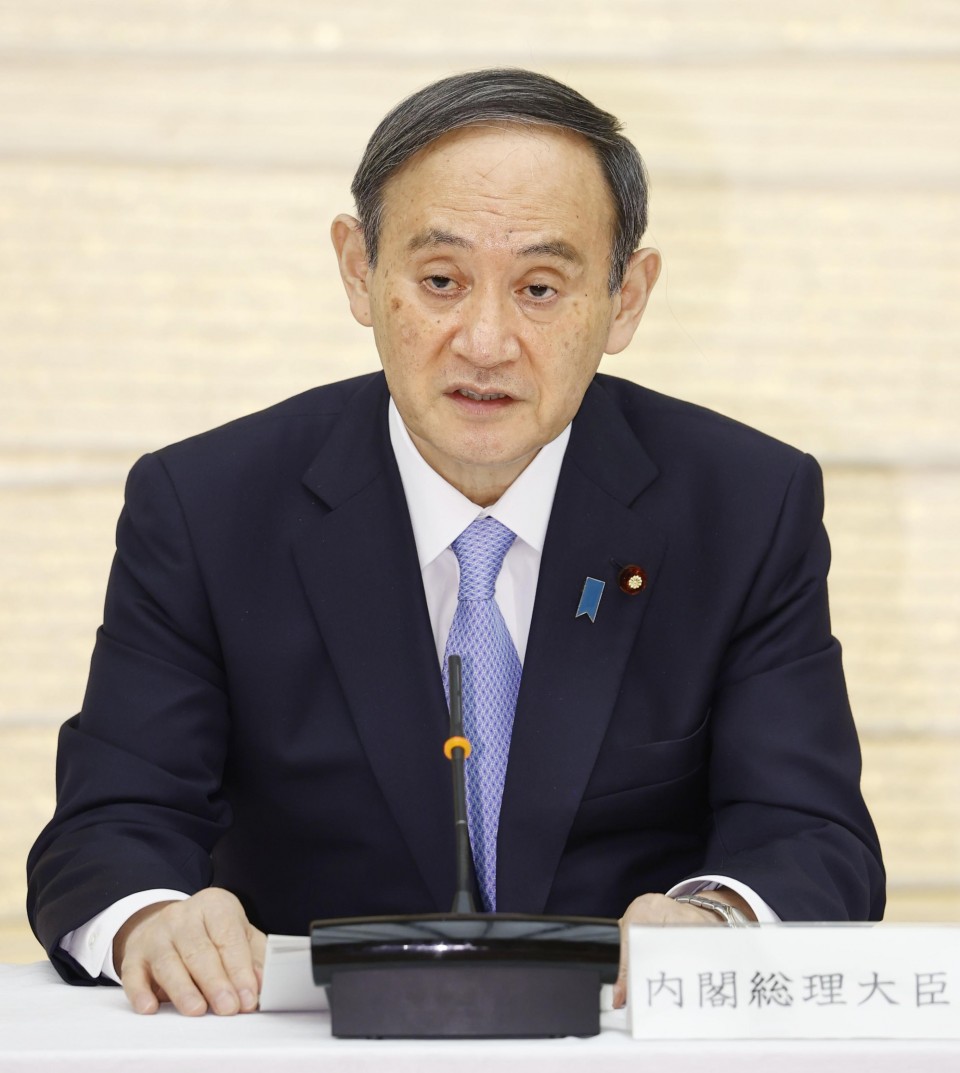 Prime Minister Yoshihide Suga declares an extension of the coronavirus state of emergency for the Tokyo metropolitan area by two weeks to March 21 during a meeting of the government's anti-virus task force in Tokyo on March 5, 2021. (Kyodo)

Infections are on the decline but the pace has slowed and there are "growing concerns of a rebound," Suga said at a press conference after announcing the decision at a meeting of the government's COVID-19 task force.

"These two weeks are necessary to curb the spread of the coronavirus and to keep close watch on the situation," he said, calling on the public to refrain from dining in large groups especially as Japan enters the season for cherry blossom viewing parties and graduation celebrations.

Under the state of emergency, residents of Tokyo and neighboring Kanagawa, Chiba and Saitama prefectures are being asked to refrain from unnecessarily leaving home, while restaurants and bars must close by 8 p.m. Firms are encouraged to adopt remote working and attendance at large events such as concerts and sports games is capped at 5,000.

While the restrictions appear to have been successful in bringing down the number of infections, the pace of decline had bottomed out in recent weeks.

The capital reported 301 new coronavirus cases on Friday, above the average of 273.6 over the last seven days. The cumulative total stood at 112,925, with 1,454 deaths attributed to COVID-19.

Tokyo Gov. Yuriko Koike, who had been apprehensive toward lifting the emergency on Sunday as scheduled, has called the two-week extension a "crucial period" to prevent a resurgence in infections.

A panel of experts in infectious diseases and other fields met Friday morning to approve the move. Yasutoshi Nishimura, the minister in charge of Japan's pandemic response, told the meeting the government plans to expand coronavirus testing and contact tracing to stamp out outbreaks.

Suga said tests would take place at 30,000 elderly care facilities across the country by the end of March, and that the government would step up efforts to find cases of coronavirus variants that have been detected in Britain, South Africa and Brazil.

Health experts have been particularly concerned over continuing pressure on hospitals, with Toshio Nakagawa, head of the Japan Medical Association, warning it could hamper the rollout of vaccines.

As of Wednesday, the occupancy rate of beds for COVID-19 patients was 47 percent in Chiba, 42 percent in Saitama, 31 percent in Tokyo and 29 percent in Kanagawa, according to the Cabinet Office.

Meanwhile, continued restrictions under the state of emergency will deal a further blow to the world's third-largest economy.

The two-week extension is expected to reduce private consumption across the country by 700 billion yen, corresponding to about 0.13 percent of annual gross domestic product, according to an estimate by Takahide Kiuchi, executive economist at the Nomura Research Institute.

Suga said it would be "difficult" to restart anytime soon the government's "Go To Travel" subsidy program, which was launched to spur domestic tourism but suspended as the state of emergency was imposed.

Kikuchi said the extension means Suga has prioritized improving the situation enough to hold the Tokyo Olympics and Paralympics this summer, adding it appears "the government wants to host the games by any means, with spectators if possible."

But public opinion remains overwhelmingly against going through with the games during the pandemic, with more than 80 percent of respondents in a Kyodo News poll conducted last month saying they should be postponed again or canceled outright.

Suga declared a one-month state of emergency for the Tokyo metropolitan area on Jan. 7 before expanding it to a total of 11 prefectures, including Osaka and Aichi.

The end date was pushed back one month but then brought forward again for the remaining prefectures amid a decline in infections and as hospitals became less strained. 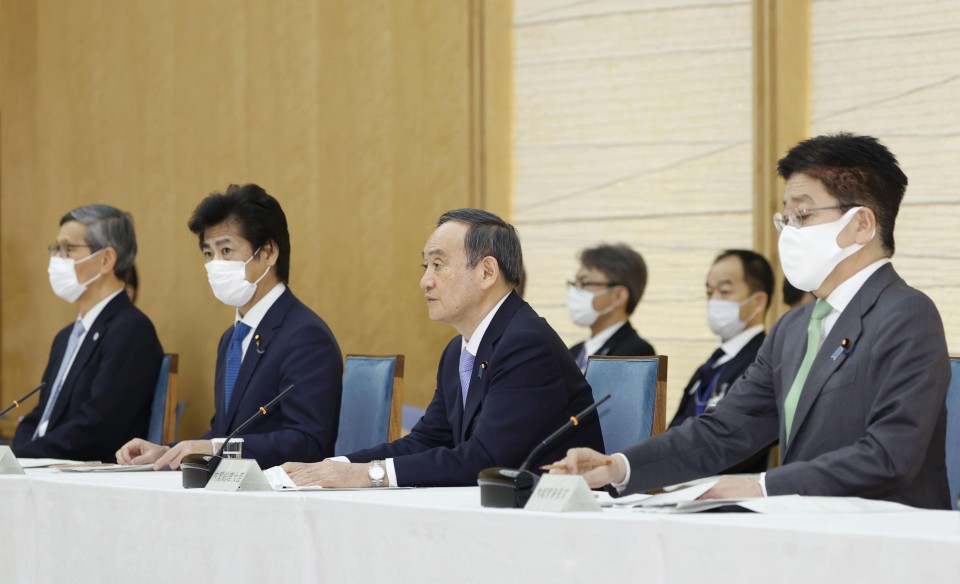 Chronology of major events related to coronavirus and Japan

March 11 -- WHO declares spread of coronavirus to be pandemic.

March 13 -- Parliament enacts legislation enabling the government to declare a state of emergency over the coronavirus.

March 1 -- State of emergency lifted in six prefectures including Osaka, Aichi and Fukuoka.