Prime Minister Yoshihide Suga said Wednesday the COVID-19 state of emergency covering the Tokyo metropolitan region should be extended again, by about two weeks, as the situation has not improved sufficiently to end it on the weekend as scheduled.

Pandemic measures are at a "crucial turning point," Suga told reporters, adding another extension following one last month was "necessary to protect lives and livelihoods." 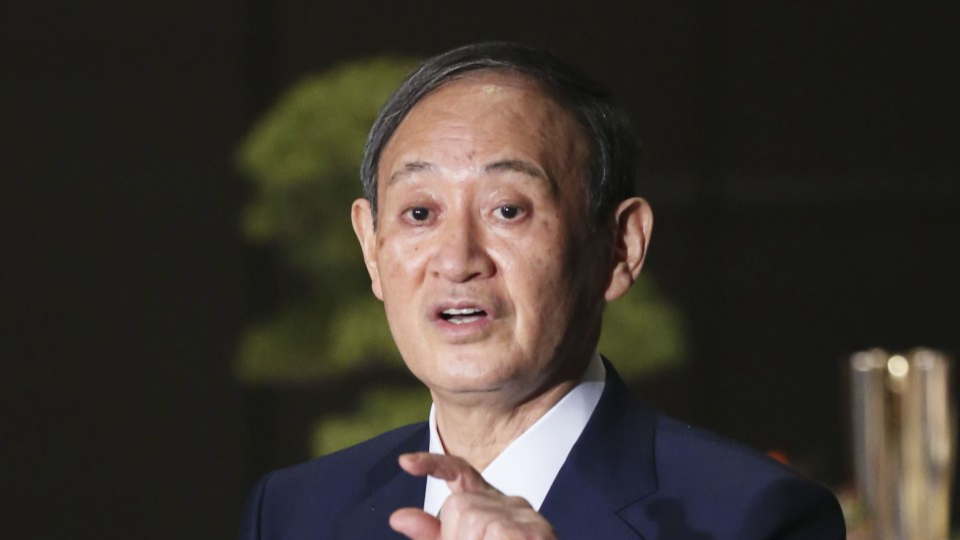 Japanese Prime Minister Yoshihide Suga tells reporters at his office in Tokyo on March 3, 2021, that he is considering extending the COVID-19 state of emergency covering Tokyo and three neighboring prefectures by about two weeks as the situation has not improved sufficiently to end it on March 7 as scheduled. (Kyodo) ==Kyodo

Suga said after meeting with members of his Cabinet including health minister Norihisa Tamura and Yasutoshi Nishimura, the minister in charge of Japan's coronavirus response, he will make a formal decision about whether to end the emergency as scheduled on Sunday after consulting with health experts and the governors concerned.

Tokyo Gov. Yuriko Koike, who has raised concerns about the slowing decline of infections, voiced support for the extension after holding a teleconference with her counterparts in neighboring Kanagawa, Chiba and Saitama prefectures. 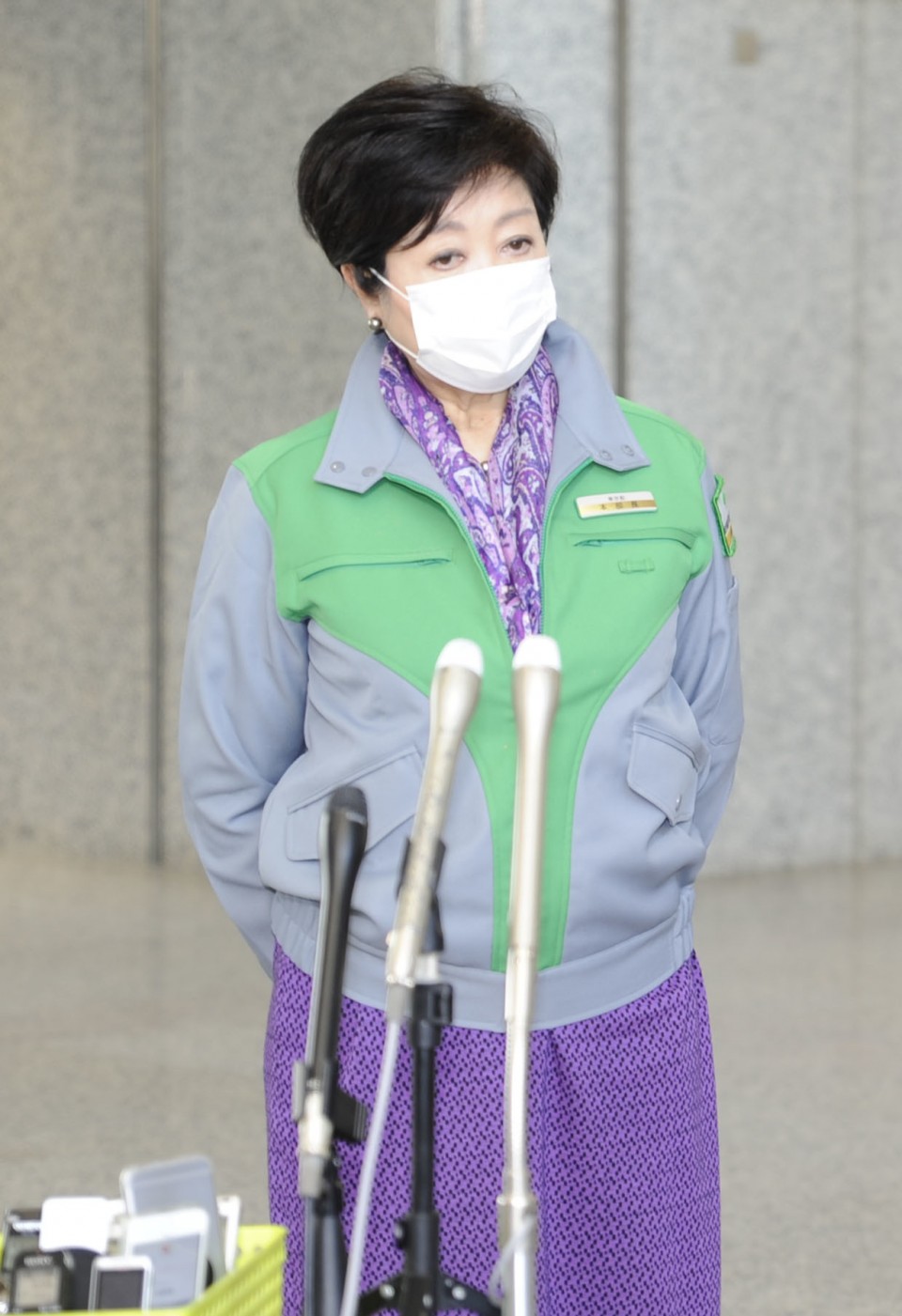 Suga said a key benchmark for ending the state of emergency would be the occupancy rate of hospital beds for COVID-19 patients falling below 50 percent in a clear downward trend. Saitama did not meet the benchmark as of Wednesday last week.

Under the state of emergency, people are urged to refrain from leaving their homes unnecessarily and restaurants and bars are asked to close by 8 p.m. Firms are encouraged to adopt remote working while attendance at large events, such as concerts or sports, has been capped at 5,000.

Lifting the restrictions is seen as a crucial step toward reviving the world's third-largest economy, which is widely expected to fall back into negative growth in the first quarter of 2021 as consumer spending is likely to have been dampened by the second state of emergency.

But health experts and governors have expressed concern that a premature lifting could trigger a resurgence in infections as Japan heads into the season for cherry blossom-viewing parties.

Toshio Nakagawa, head of the Japan Medical Association, said it was necessary to "focus on bringing down the number of infections," warning that placing more strain on hospitals could hamper the rollout of COVID-19 vaccines.

Chiba Gov. Kensaku Morita and Saitama Gov. Motohiro Ono backed the two-week extension of the state of emergency, while Kanagawa Gov. Yuji Kuroiwa said it was "unfortunate" that the situation had not improved enough to end it on schedule.

Suga declared a one-month state of emergency for the Tokyo metropolitan region on Jan. 7 before expanding it to a total of 11 prefectures. He later extended it by an additional month but ended it early for the remaining prefectures, citing declines in infections and hospital bed occupancy rates.