People get 10 minutes more sleep per day in 2020 amid pandemic: study

An average daily sleeping time in 14 countries including Japan increased nearly 10 minutes in 2020 from the previous year, as people spent more time at home instead of staying out late at night under the coronavirus pandemic, a recent study showed.

According to a report released by French health monitoring device maker Withings, data collected from users of its products such as smartwatches showed they slept nine minutes and 50 seconds more per day on average than in 2019, with none of the 14 countries subject to the study seeing a decrease. 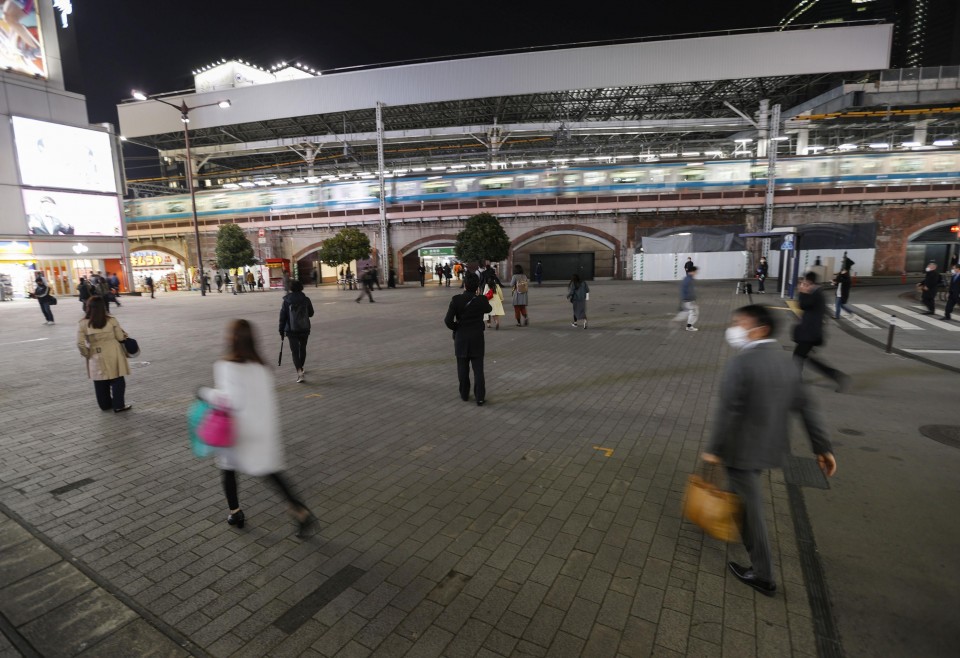 Commuters are on the way home at JR Shimbashi Station in Tokyo, under a state of emergency to curb the spread of the coronavirus, on April 8, 2020. (Kyodo)

The report cited "a drastic drop in night activities" due to such activity restrictions as mandatory curfews around the world as possible reasons for the increase in the quantity of sleep.

Among the 14 nations, Italy gained the most, up 12 minutes and 52 seconds per day on average. Britain ranked second with a 12-minute and 27-second increment, with Belgium coming in third with a growth of 11 minutes and five seconds.

Meanwhile, China saw the smallest rise of three minutes and 38 seconds, followed by increases of six minutes and 13 seconds for Japan, and six and a half minutes for Sweden.

"City lockdowns in China ended in an earlier stage in 2020 than those in European countries. In Japan, restrictions on going out were relatively lax, forgoing thorough lockdowns," a Withings spokesman said. "Those might be the backstories of the result, although it is no more than a guess."

Sweden is known for not having taken many restrictive measures compared with its neighboring nations.

Since late 2019 when the first virus outbreak was detected in the central Chinese city of Wuhan, many major cities have taken confinement measures such as hard lockdowns to curb the virus spread, with restaurants and bars forced to shut down or close earlier than usual and people staying at home.

The report also said that many businesses have been encouraged to adopt remote working, allowing their employees to skip commute time and then to get longer sleep.

The report added that the increased sleeping time is likely to have improved the quality of sleep, which was evaluated based on data including regularity of bedtime and depth of sleep calculated by the company's digital monitoring devices.

The proportion of the surveyed users judged having high quality of sleep was 62.27 percent last year, up about 4 points from 2019.

As well as reduced noise from nightlife around cities, the company said less "social jet lag," caused by time spent socializing and partying later into the night, possibly contributed to the improvement.

The report added that having no house parties or other gatherings means "people could be maintaining a more regular sleep schedule throughout the entirety of the week."

To carry out the study, Withings used data collected from over 5 million customers.