A leaked police document circulating among local journalists showed the police seeking remand for Suu Kyi to be detained at home until then, after private security staff at her Naypyitaw residence were found to be holding unlicensed walkie-talkies following Monday's military coup. 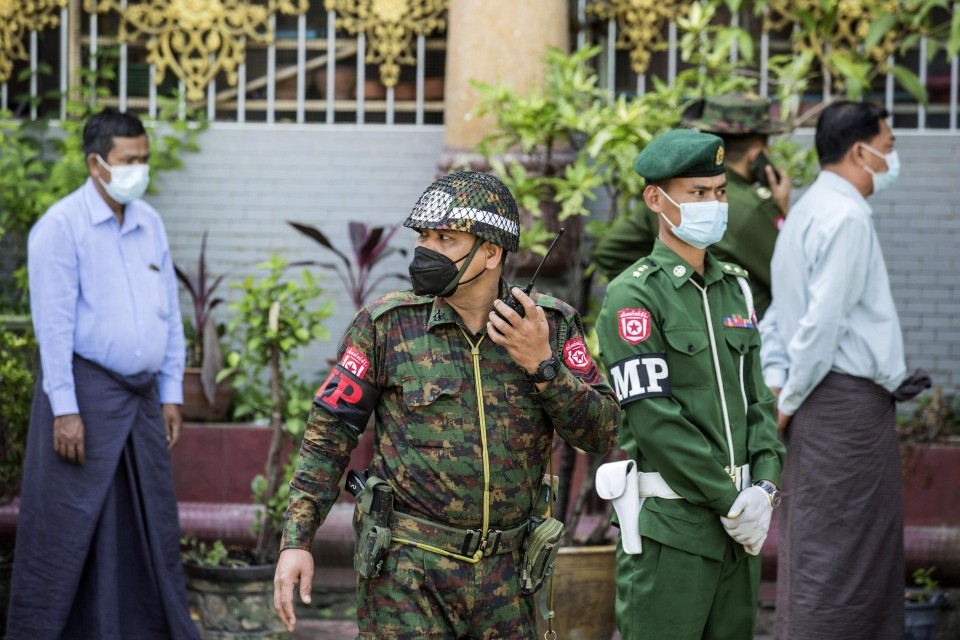 The document shows police seeking charges for offense under the export-import law that is punishable by up to three years in prison.

The court also granted permission for police to detain ousted President Win Myint for two weeks for having violated coronavirus restrictions last September when he observed an NLD election rally in front of his Naypyitaw home involving over 200 cars.

The Myanmar military has released about 400 people, including lawmakers of the formerly ruling party, and has ordered them to go home, lawmakers from the party said Wednesday.

When the military seized power, many NLD lawmakers were in the capital Naypyitaw ahead of a new session of the 664-seat bicameral parliament that was to convene later in the day. The NLD won 396 seats in a November general election.

The military said late Tuesday that it has established a "State Administration Council" headed by its commander in chief, which will serve as the nation's highest decision-making body during a one-year state of emergency imposed after the coup.

With coup leader Senior Gen. Min Aung Hlaing serving as its chairman, the 11-member council is tasked with launching a new election commission and other undertakings. The move signaled military rule has begun in earnest.

The military disputes the results of the November general election, which was won decisively by the NLD, and says a new "free and fair" election will be held, with power handed over to the winning party.

The newly created council includes three civilian members, who are all critical of Suu Kyi, who was Myanmar's civilian leader since 2016.

Earlier Tuesday, the military held its first government meeting in Naypyitaw since taking power. At the meeting, Min Aung Hlaing said he took over power because he "had no other choice," according to an official statement from the military's information service.

The statement quoted the general as saying that despite making repeated requests to avoid this situation, "the takeover was inevitable," adding that "until a government is formed after the next election, the military needs to steer the country."

The Japanese government said Wednesday that it has determined that developments in Myanmar amounted to a military coup. But its top spokesman, Katsunobu Kato, did not address what would happen to Japanese aid to the Southeast Asian country.

Kato's remarks came hours after the U.S. government said it has determined the military takeover constitutes a coup, an assessment triggering certain restrictions on foreign assistance, as well as a "broader review" of aid programs to the country.

Also Wednesday, foreign ministers of the Group of Seven industrialized countries issued a joint statement condemning the coup and calling for the release of all people "unjustly detained."

"We are deeply concerned by the detention of political leaders and civil society activists, including State Counsellor Aung San Suu Kyi and President Win Myint," the G-7 said in the statement.

Members of the U.N. Security Council, meanwhile, held a closed-door online meeting on Tuesday to discuss the Myanmar situation but failed to come up with a collective response after China and Russia requested more time to assess the matter, according to a diplomatic source.