The Internal Affairs and Communications Ministry said Friday its probe has found four senior bureaucrats dined with one of Prime Minister Yoshihide Suga's three sons on a combined total of 12 occasions, beginning in 2016, and received gifts from him.

The ministry has been investigating the matter after a weekly magazine reported that the four had been taken to posh Tokyo restaurants and been given gifts by the son, who works at Tohokushinsha Film Corp., a satellite broadcasting company. 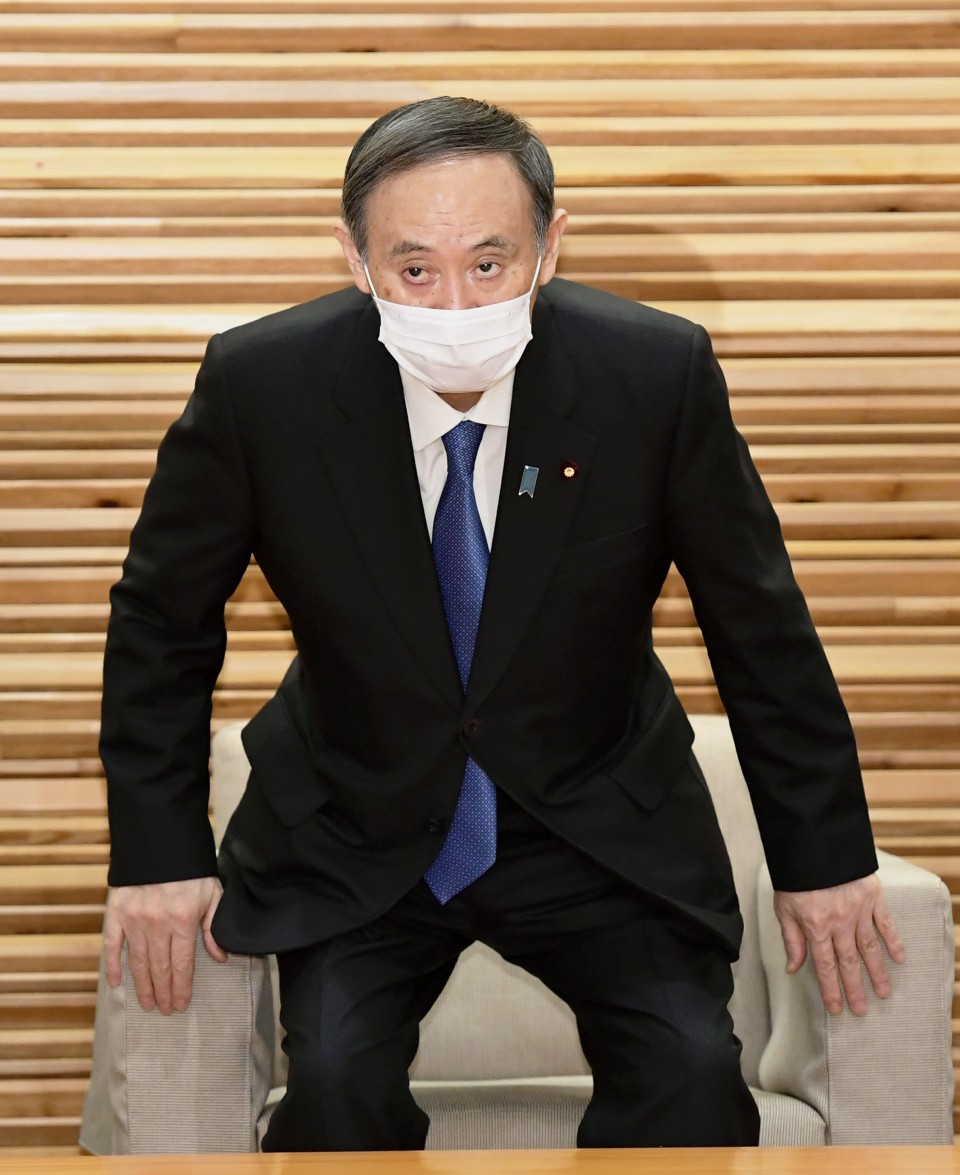 Japanese Prime Minister Yoshihide Suga attends a Cabinet meeting in Tokyo on Feb. 12, 2021. (Kyodo) Whether the four paid for their dining costs and how much the gifts were worth are still being examined in detail, the ministry said.

The National Public Service Ethics Law prohibits central government officials from receiving favors from stakeholders. The ministry is responsible for the broadcaster license issued to a unit of Tohokushinsha Film.

Suga's son became acquainted with some of the senior bureaucrats when he served as a secretary to his father, who was internal affairs and communications minister between 2006 and 2007, according to weekly magazine Shukan Bunshun.

Suga has said he was not aware of his son's attendance at the dinners in question.