Russia's Ambassador to Pyongyang said North Korea has suffered supply shortage and the number of unemployed people has increased in the country as it has taken drastic measures to prevent the novel coronavirus from entering there.

But Alexander Matsegora, who has stayed in Pyongyang, said in a recent interview with Russia's Interfax news agency that there is no possibility of economic collapse in North Korea, given that at least in the capital, there are no patients infected with the virus.

As North Korea has started to construct large-scale disinfection facilities along its border, imports from China and Russia are expected to resume in a limited manner down the road, Matsegora was quoted as saying by Interfax. 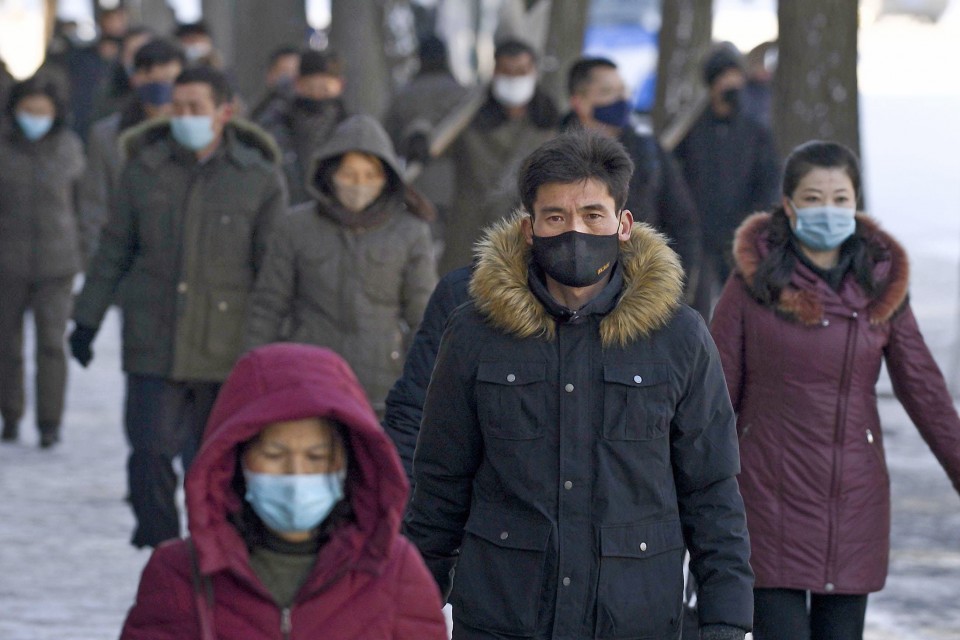 People wearing masks walk in Pyongyang on Feb. 4, 2021, amid worries over the novel coronavirus. (Kyodo) ==Kyodo

For the past year, however, children in North Korea have been effectively unable to go to school, while diplomats from other nations have been prohibited from traveling to areas outside Pyongyang, the ambassador said.

The diplomats have been also banned from visiting parks and museums as well as using public transportation, he said, adding they have been struggling to obtain products for foreigners and basic foods such as sugar, vegetable oil and flour amid inflation.

The plunge in trade with China, Pyongyang's closest and most influential ally, and the devastation of North Korea's agricultural sector by powerful typhoons and flooding have sparked fears that its citizens may not be receiving adequate daily necessities.

North Korea has cut off traffic to and from its neighbors since early last year. Many countries, which have diplomatic ties with the nuclear-armed nation, have significantly downsized or suspended operations at their embassies in Pyongyang.